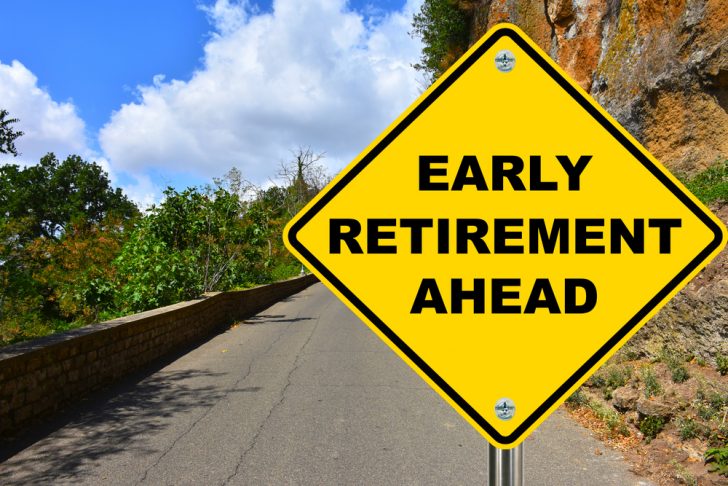 Here’s how it works.

If you take out any money from your IRA, 401(k), SEP IRA or other qualified plans before age 59½, normally you’ll be hit with a 10% tax penalty. However, the penalty goes away if you take “substantially equal periodic payments” (SEPP, also called the 72(t) exception) or qualify for another more limited exception.  Once established, the payments must continue for five years or until you turn 59½, whichever is longer.

Previously, withdrawals using one of the most generous SEPP methods, fixed amortization, were based on your life expectancy plus a low rate of interest (most recently 2.07%-2.09%, depending on payment frequency) that changed monthly.  Since this rate was a moving target, it made planning difficult.

In January, the IRS set the base interest rate as “any interest rate that is not more than 5%.”  That means you can take out more money penalty-free and have predictability.

You’ll need a strategy that will produce steady income during the years you’re required to take payments.  Dividend-paying stocks and bonds are a possibility, but the income will vary and you may have to dig into your principal when markets are down.

A fixed-rate annuity, however, can provide guaranteed interest income and access to principal, subject to the annuity policy provisions. Underwritten by life insurers, it provides a set rate of interest for a defined term — much like a bank certificate of deposit.  But fixed annuities usually pay much higher rates than CDs of the same term and offer more penalty-free liquidity.

He sets aside $1 million for his fixed amortization SEPP program.  From that $1 million, he could take substantially equal periodic payments of up to $60,312 a year — the maximum he could take, based on his life expectancy and the 5% base interest rate used in the IRS-defined formula.  However, because that amount exceeds his income needs and he’d have less principal left after 10 years, Bob opts for a more cautious lower amount.

He buys a $1 million 10-year fixed annuity from a company rated an “A” by AM Best that pays a 3.5% annual interest rate. Though the annuity yields less than $50,000 a year of interest, he’ll receive $50,000 each year because the IRA annuity he chooses allows for penalty-free withdrawals of up to 10% of the account value annually. It thus easily accommodates the $50,000 annual payments that Bob chooses to take at the beginning of each contract year.

How numbers work for Bob

Over 10 years Bob will receive $500,000 from his IRA annuity, free of any IRS tax penalties, and still have the majority of his principal left because the interest earnings will cover most of the payments.

There are some caveats.  While Bob avoids penalties for early withdrawals, he does pay ordinary income tax on $50,000 a year.

Furthermore, the $803,499 remaining in the annuity will be worth substantially less after 10 years of even moderate inflation.  However, the $600,000 he left untouched should have increased substantially in value and outstripped inflation if invested mostly in equities or an indexed annuity, unless there was a rare, prolonged stock market slump.

Unlike bank CDs, fixed-rate annuities are not FDIC-insured.  However, life insurers are closely regulated for solvency by state insurance departments.  Furthermore, state guaranty associations protect annuity owners up to a certain limit in the very unlikely event of the insurer becoming insolvent.

No state association provides $1 million in coverage, so Bob should either split his money among multiple annuity companies (which isn’t a problem) and/or go with only a highly rated insurer or insurers.

Remember, if you do take early IRA withdrawals, you will end up with much less money in your retirement accounts than if you’d waited until the normal retirement age. So, before committing, make sure you’ll still have enough money for a long retirement.

Different types of annuities also can help guarantee that you won’t run out of money no matter how long you live.

Ken Nuss is the founder and CEO of AnnuityAdvantage, a leading online provider of fixed-rate, fixed-indexed, and lifetime income annuities. Ken is a nationally recognized annuity expert and widely published author. A free rate comparison service with interest rates from dozens of insurers is available at https://www.annuityadvantage.com  or by calling (800) 239-0356.