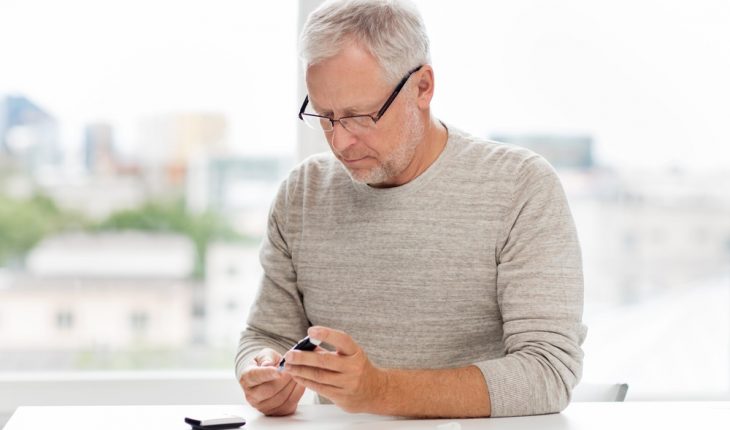 Taking a daily vitamin D supplement does not prevent type 2 diabetes in adults at high risk, according to new research.

The study was funded by National Institute of Diabetes and Digestive and Kidney Diseases (NIDDK), part of the National Institutes of Health (NIH).  The Vitamin D and Type 2 Diabetes (D2d) study enrolled 2,423 adults and was conducted at 22 sites across the United States. The findings were published in the New England Journal of Medicine and presented at the 79th Scientific Sessions of the American Diabetes Association in San Francisco. D2d is the largest study to directly examine if daily vitamin D supplementation helps keep people at high risk for type 2 diabetes from developing the disease. The study included adults aged 30 or older who were assigned s randomly to either take 4,000 International Units (IU) of the D3 (cholecalciferol) form of vitamin D or a placebo pill daily. All study participants had their vitamin D levels measured at the start of the study. At that time, about 80% of participants had vitamin D levels considered sufficient by U.S. nutritional standards.

“Observational studies have reported an association between low levels of vitamin D and increased risk for type 2 diabetes,” said Myrlene Staten, M.D., D2d project scientist at NIDDK. “Additionally, smaller studies found that vitamin D could improve the function of beta cells, which produce insulin. However, whether vitamin D supplementation may help prevent or delay type 2 diabetes was not known.”

The study screened participants every three to six months for an average of 2.5 years to determine if diabetes had developed. Researchers then compared the number of people in each of the two study groups that had progressed to type 2 diabetes. At the end of the study, 293 out of 1211 participants (24.2%) in the vitamin D group developed diabetes compared to 323 out of 1212 (26.7%) in the placebo group – a difference that did not constitute statistical significance. The study was designed to detect a risk reduction of 25% or more.

D2d enrolled a diverse group of participants with a range of physical characteristics, including sex, age, and body mass index, as well as racial and ethnic diversity. This representation helps ensure that the study findings could be widely applicable to people at high risk for developing type 2 diabetes.

“In addition to the study’s size, one of its major strengths is the diversity of its participants, which enabled us to examine the effect of vitamin D across a large variety of people,” said lead author Anastassios G. Pittas, M.D., principal investigator from Tufts Medical Center, Boston. “When the study ended, we found no meaningful difference between the two groups regardless of age, sex, race or ethnicity.”

More than 50% of adults in the United States take nutritional supplements and use of vitamin D has increased substantially over the last 20 years. Because of these trends, the study also evaluated the safety of taking 4,000 units of vitamin D daily — greater than the average daily recommended dose of 600-800 IUs a day, but within limits deemed appropriate for clinical research by the Institute of Medicine. The researchers saw no difference in the number and frequency of predicted side effects such as high blood calcium levels and kidney stones when they compared the vitamin D and placebo groups.

“As we learned from the NIDDK-funded Diabetes Prevention Program (DPP), type 2 diabetes is not a foregone conclusion, even for those at high risk for the disease,” said NIDDK Director Griffin P. Rodgers, M.D. “While we continue to search for new ways to prevent the disease, we know that lifestyle change or the drug metformin remain effective methods to prevent type 2 diabetes. We encourage the 84 million U.S. adults at high risk for developing type 2 diabetes to explore options like the CDC’s National DPP, available to communities throughout the country.”