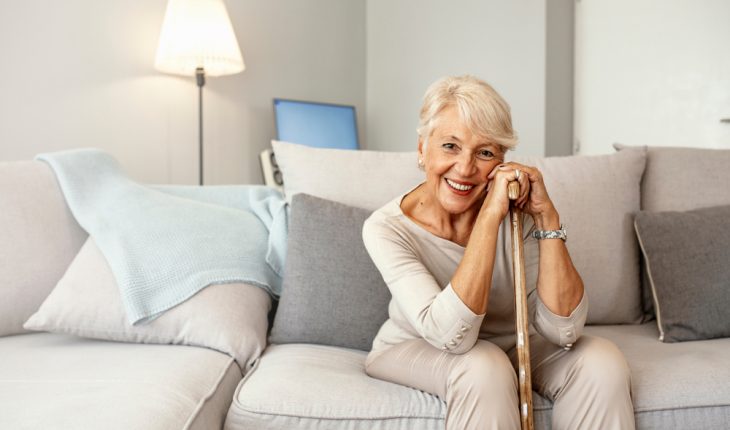 People with Parkinson's May Benefit from 7 Walking Strategies

Various strategies can help people with Parkinson’s who have difficulty walking, but a new study finds that many people have never heard of or tried these strategies. The research is published in the September 8, 2021, online issue of Neurology®, the medical journal of the American Academy of Neurology.

The study also found that how well different compensation strategies worked depended on the context in which they were used, such as indoors versus outdoors, under time pressure or not.

“We know people with Parkinson’s often spontaneously invent creative ‘detours’ to overcome their walking difficulties, in order to remain mobile and independent,” said study author Anouk Tosserams, MD, of the Radboud University Medical Centre in Nijmegen, the Netherlands. “For example, people walk to the rhythm of a metronome, by mimicking the gait of another person, or by counting in their head. We found that people are rarely educated about all the different compensation strategies. When they are, people often find strategies that work better for them and their unique circumstances.”

For the study, researchers surveyed 4,324 people with Parkinson’s and disabling gait impairments. These include problems like imbalance, shuffling, falling, staggering and freezing. Of the participants, 35% found that their walking difficulties affected their ability to perform their usual daily activities and 52% had one or more falls in the past year.

The survey explained the seven main categories of compensation strategies. They are: internal cueing, like walking to a count in your head; external cueing, like walking in rhythm to a metronome; changing the balance requirement, like making wider turns; altering mental state, which includes relaxation techniques; action observation and motor imagery, which includes watching another person walk; adapting a new walking pattern, like jumping or walking backwards; and other forms of using the legs, like bicycling and crawling. Each category was explained and participants were asked if they were aware of it, if they’d ever used it, and if so, how it worked for them in a variety of contexts.

Researchers found that people with Parkinson’s commonly use walking compensation strategies, but are not aware of all seven strategies. For example, 17% of the people had never heard of any of these strategies, and 23% had never tried any of them. Only 4% were aware of all seven categories of compensation strategies. The average person knew about three strategies. Other than the use of walking aids and alternatives to walking, the best-known strategy was external cueing, like listening to a metronome, known by 47% of the respondents. That was followed by internal cueing, known by 45%. Action observation and motor imagery was the least known category, known by 14%.

For each strategy, the majority of people who tried it said it had a positive effect. For example, 76% said changing the balance requirement made a positive impact, while 74% said altering their mental state did.

However, researchers also discovered that strategies worked differently according to the context in which the person used it. Internal cueing, for example, seemed highly effective during gait initiation, with a 73% success rate. Only 47% found that tactic useful when trying to stop walking. Similarly, visualizing the movements had an 83% success rate when people used it walking outdoors. It only had a 55% success rate when people used it to navigate a narrow space.

“Our findings suggest that a ‘one-size-fits-all’ approach doesn’t work, because different contexts might require different strategies, or because individuals simply respond better to one strategy compared to another,” Tosserams said. “We need to go a step further and teach people about all the available compensation strategies, for example through a dedicated online educational platform. This may help each person with Parkinson’s find the strategy that works best for them.”

A limitation of the study is that people reported their own gait disability, which was not confirmed by an independent neurological examination.

The study was supported by the Netherlands Organization for Health and Research Development.

Learn more about Parkinson’s at BrainandLife.org, home of the American Academy of Neurology’s free patient and caregiver magazine focused on the intersection of neurologic disease and brain health.

The American Academy of Neurology is the world’s largest association of neurologists and neuroscience professionals, with over 36,000 members. The AAN is dedicated to promoting the highest quality patient-centered neurologic care. A neurologist is a doctor with specialized training in diagnosing, treating and managing disorders of the brain and nervous system such as Alzheimer’s disease, stroke, migraine, multiple sclerosis, concussion, Parkinson’s disease and epilepsy.