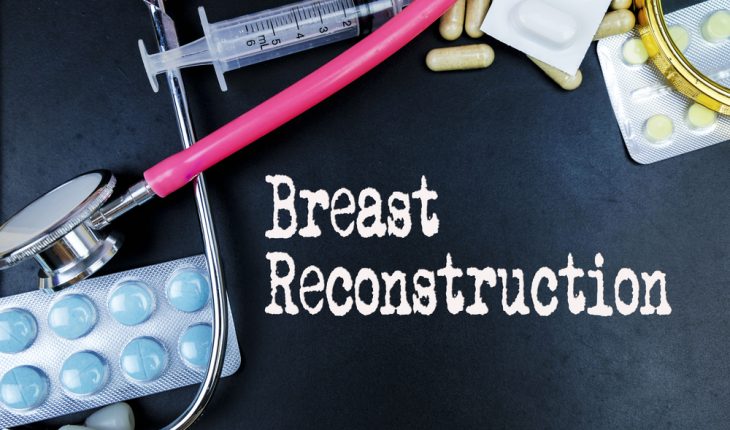 Breast reconstruction has come a long way. Although breast cancer was known to the ancient Egyptians as far back as 1600 B.C., it was not until the 18th century that it was understood to be a localized disease whose spread could be contained by isolating and removing the affected cells, and it was not until a hundred years later that pioneering work was done on what we know today as mastectomy.

Early practitioners of surgical breast removal did not believe in reconstruction. They feared that any intrusion at the surgical site could adversely affect the progression of the disease or hide a recurrence. So while the first attempts at reconstruction were made in the 1890s, it was not until the mid-20th century when radical surgery gave way to equally effective but less aggressive treatments that interest in breast reconstruction soared. Today, women have many options for breast reconstruction and every woman can make an educated decision about what is best for her.

The introduction of silicone implants in the 1960s signaled the beginning of the modern era of breast reconstruction. Implant insertion used to be delayed until after the mastectomy had healed but now is often done in a single surgery at the time of the mastectomy. Usually, a temporary device called a tissue expander is placed on the chest wall and gradually filled with saline solution until the tissue has expanded enough to hold the permanent implant. Today, breast implants are either filled with saline or silicone, and the outer shell is either smooth or textured. The silicone gel has also become more cohesive over time so that there are now different types of silicone gel implants with different degrees of firmness.

Implants have continued to improve and many women are happy with them, but patients should be aware that implants are not expected to last a lifetime. In the United States, all breast implants have a ten-year warranty but complications such as pain, infection, hardening, and rupture lead many implants to be removed well before that. Some women find that their breasts feel hard and look unnatural, or that they’ve lost all feeling in the breast, or that their breasts are distorted and asymmetrical. According to the implant manufacturers, at least half of breast implants need another operation within 7 years. Many women who suffer complications or are unhappy with implants ultimately have them removed and opt for reconstruction with their own tissue.

Reconstruction with your own tissue

Autologous tissue breast reconstruction uses tissue from a donor site in the patient’s own body to create the new breast. This type of reconstruction has been done for decades but new advances have made it unnecessary to sacrifice muscle from the donor site which reduces recovery time and enables a woman to maintain muscle strength. In this new type of reconstruction, known as “perforator flaps,” microsurgical techniques are used to carefully separate muscle from the fat and skin that will form the new breast. Perforator flap reconstruction can use tissue from several donor sites. Most often, tissue is taken from the abdomen, but for thin women or women who have had a previous tummy tuck, it may be more appropriate to use tissue from the upper inner thigh.

Changes in mastectomy itself have also facilitated improved restoration results. Surgery that spares skin and the nipple-areola complex enhances the surgeon’s ability to create a breast much like the woman’s own. If there are cancer cells in or near the nipple and it cannot be saved, the nipple-areola complex can be reconstructed later using skin from the breast or from another part of the body. Three-dimensional tattooing is also an effective option that creates a realistic illusion of a nipple.

During a mastectomy, the nerves that provide feeling to the breast and nipple are severed, causing loss of sensation in the remaining skin whether the woman undergoes reconstruction or not. With certain types of autologous reconstruction, however, it is now possible to reconnect blood vessels and nerves and have them grow through the transferred tissue to reach the skin and significantly improve the return of sensation. This is the next frontier in breast restoration. By microsurgically reconnecting nerves that are cut and restoring sensation to the breast, we can not only create a soft, warm breast that looks and feels natural to others but one that feels like her own breast to the woman herself.

The evolution of restorative techniques over the last several decades has been remarkable. What makes a woman feel ‘whole’ again after mastectomy is an individual matter but we will continue to pursue solutions that enable her to regain not just her health but her confidence and sense of self.