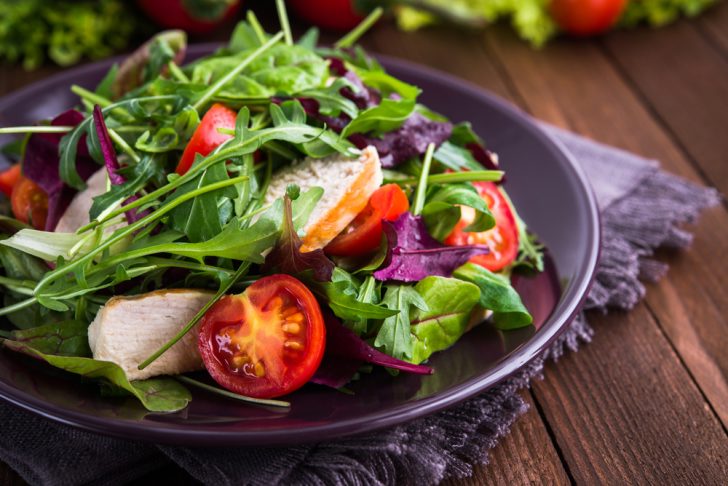 Psoriasis and Your Weight

When it comes to treating the skin ailment known as psoriasis, no one treatment plan works for everyone. Now research suggests that a treatment program may also be helped by what you eat. Weight loss can help because both psoriasis and being overweight increase inflammation in your body. When you reduce inflammation, it can lead to less psoriasis on your skin.

The American Academy of Dermatology says that dermatologists have studied three different kinds of diets: weight-loss, gluten-free and Mediterranean.

If you have psoriasis and are overweight, the AAD says, losing weight can: lead to less psoriasis on your skin; decrease the severity of your psoriasis; make psoriasis medication more effective

During a clinical trial, dermatologists saw similar results. In this trial, dermatologists enrolled 303 patients with long-term plaque psoriasis. All patients were overweight and receiving treatment for psoriasis. Even with treatment, all continued to have psoriasis on their skin. In this clinical trial, half the patients were given a diet to follow and advice about the importance of exercising. The other group of patients was given information about how weight loss could be helpful. All patients were asked to lose 5% of their body weight within 20 weeks.

Patients in both groups lost weight. Those who lost 5% of their body weight had far less psoriasis on their skin. This trial shows that even a small amount of weight loss can reduce the amount of psoriasis on your skin.

Before starting a weight loss diet, talk with your dermatologist, the AAD says.

Small studies suggest that if you have both psoriasis and a gluten sensitivity, following a gluten-free diet may help reduce psoriasis flare-ups.

People who have a gluten sensitivity have one of the following: Celiac disease: Symptoms include frequent diarrhea, belly pain, passing gas often, and feeling tired most of the time; and

gluten sensitivity: You test positive for celiac antibodies, but you don’t have celiac disease.

Here’s what happened during studies that looked at the effects on psoriasis sufferers of following a gluten-free diet.

In a very small study of seven patients who had psoriasis and a gluten sensitivity, all had completely clear skin after following a gluten-free diet.

If testing reveals that you’re sensitive to gluten, following a gluten-free diet may reduce the amount of psoriasis on your skin. All of these foods are rich in anti-inflammatory nutrients. Because psoriasis causes inflammation throughout the body, it’s believed that this diet could lead to less psoriasis on your skin.

It’s still too early to know whether this is true. However, one large study suggests a Mediterranean diet could help people with psoriasis. In this study, 35,735 patients were asked three times over a six-month period to answer surveys about what they ate.

After analyzing the results, the researchers found that the patients with severe psoriasis ate few — if any — foods found in the Mediterranean diet.

While this may suggest that following a Mediterranean diet can lessen the amount of psoriasis on your skin, it’s too soon to tell. Only about 2% of the patients in this study had psoriasis. The study also relied on people being able to recall what they ate. More research is needed to know how the Mediterranean diet affects psoriasis.

While changing what you eat (and drink) may seem simple, some fad diets can worsen psoriasis. Your dermatologist and primary care doctor can help you find a diet that meets your individual needs and works well with the medication in your treatment plan.

Always talk with your doctor before changing your diet.