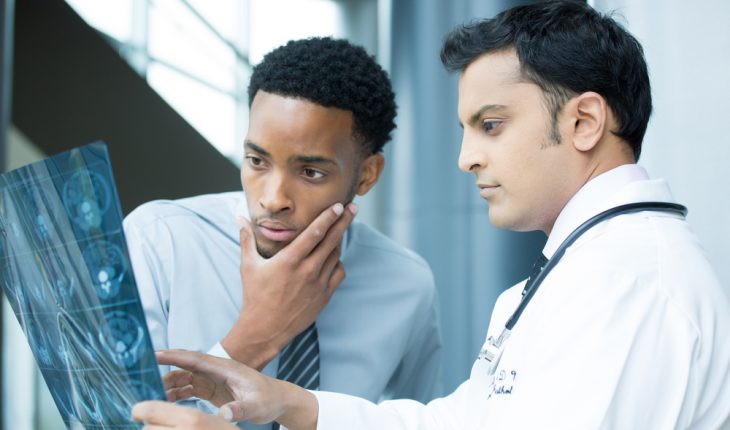 Race and Ethnicity in Cancer Care

Racial and ethnic minorities diagnosed with advanced liver cancer have a lower chance of receiving immunotherapy, the most effective treatment for patients with the disease, according to a new study led by Cedars-Sinai Cancer investigators.

The study, published in the peer-reviewed journal Hepatology, found Black and Hispanic patients were significantly less likely to receive immunotherapy compared with white patients, even though the researchers found immunotherapy to be more effective than the traditional treatment of chemotherapy for advanced-stage liver cancer in a wider patient population.

In recent years, immunotherapy using immune checkpoint inhibitors has revolutionized the treatment of many cancers, including liver cancer.

The immunotherapy combination-atezolizumab-bevacizumab-was approved in 2020 as a first-line therapy for patients with advanced liver cancer. The clinical trial that led to the Food and Drug Administration approval showed that the therapy not only improved the overall survival and reduced the risk of death by 42%, but the percentage of patients whose cancer shrank or disappeared more than doubled.

“Although it is very encouraging to see the effectiveness of this promising treatment outside of clinical trials in a broader population, it is very unfortunate to see that Black and Hispanic patients have a lower chance of receiving such an effective treatment for their cancer,” said Ju Dong Yang, MD, medical director of the Liver Cancer Program at Cedars-Sinai Cancer in Los Angeles and senior author of the study.

Historically, racial and ethnic minorities have been underrepresented in clinical trials and experimental treatments for cancer. As with other therapies, there is also a concern for potential racial-ethnic disparities in early access to immunotherapy among patients with liver cancer in the United States.

To investigate the potential disparities and the effectiveness of immunotherapy for advanced liver cancer, Yang and his team used the U.S. National Cancer Database to review medical records and outcome data from 3,990 patients with stage 3 or stage 4 liver cancer.

Key findings from the analysis:

The two treatment groups had similar age and sex distributions, with the median age being 65 and a male predominance.

When compared with patients treated with chemotherapy, patients with immunotherapy had higher proportions of white (66.6% vs. 61.9%) and Asian (10.3% vs. 7.9%) patients.

A higher proportion of patients who received immunotherapy belonged in the highest income bracket, lived in neighborhoods with high average education levels and were treated at academic medical centers.

In addition, the analysis showed that receiving immunotherapy over chemotherapy was associated with improved survival.

“Despite the positive results showing the overall efficacy of immunotherapy for patients with advanced liver cancer, this study highlights significant racial, socioeconomic and regional disparities in access to immunotherapy, which could be a surrogate for clinical trial participation and early access to novel experimental therapy,” said Robert A. Figlin, MD, deputy director of Cedars-Sinai Cancer.

A comprehensive approach involving all stakeholders will be needed to eliminate disparities in access to clinical trials and novel experimental treatment to make it an available option for patients across all demographics and socioeconomic backgrounds in the United States, noted Yang.

“A multilevel, team-based approach designed to eliminate biases and mistrust, and to facilitate effective communications with minority patients, will be critical for future success,” Yang said.

Read more on the Cedars-Sinai blog: Immunotherapy: The Fourth Pillar of Cancer Care