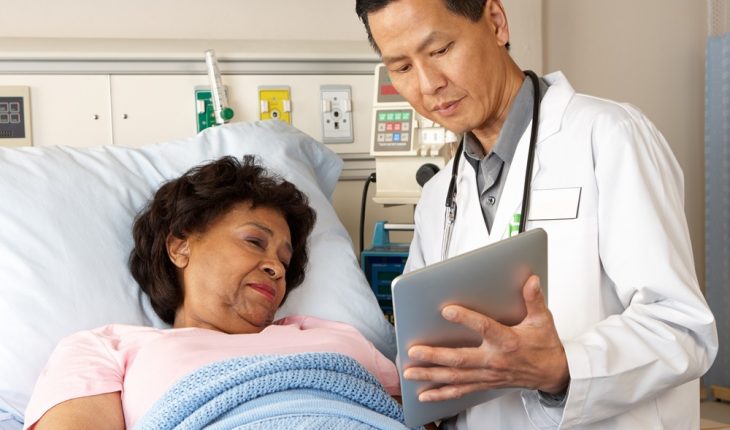 People who are black or of Latin American descent with the condition of heart failure are less likely to be admitted to specialized cardiology units, a disparity that may help explain long-known racial differences in heart failure outcomes, according to new research published in the American Heart Association’s journal Circulation: Heart Failure. After adjusting for a variety of demographic and clinical factors, the analysis found:

Patients who self-identified as black were 9% less likely to be admitted to specialized cardiac care units.

Patients who self-identified as Latinx, a gender-neutral term describing a person of Latin American origin or descent, were 17% less likely to be admitted to specialized heart units.

Female heart failure patients and those older than 75 were also more likely to be treated on a general medicine floor.

Admission to a heart specialty unit was independently associated with a 16% lower rate of hospital readmission within 30 days. Readmission during the first month of discharge generally may signal poorly managed disease, but often foreshadows worse outcomes and worse overall prognosis in heart failure, the researchers said.

“These outcomes are both unjust and avoidable.”

“These outcomes are both unjust and avoidable, and in no way unique to a single institution,” said co-lead study author Lauren Eberly, M.D., M.P.H., who was a resident physician at Brigham and Women’s Hospital when the study was conducted. “We hope that our findings will encourage other institutions to investigate how racial bias influences care decisions at their center as Brigham and Women’s Hospital supported our inquiry. We recommend that care delivery be designed to prioritize the care of our most marginalized patients. Only then can we start to eliminate inequity.” Eberly is now a cardiovascular medicine fellow at the University of Pennsylvania.

Racial inequities and higher readmission rates among minority populations have been documented in previous studies. But this study’s findings suggest that admission practices may provide a partial explanation behind these well-known racial disparities in heart failure outcomes. The researchers emphasize that the observed disparities in outcomes likely stem from structural and systemic differences in care rather than biological differences in disease progression for people of different ancestries.

“Future research on health inequities should seriously consider looking beyond biological differences between races to critical issues of inequities in access to care as key drivers of racial disparities,” said a senior study author, Michelle Morse, M.D., M.P.H., a hospitalist at Brigham and Women’s Hospital and assistant professor of medicine at Harvard Medical School.

The factors behind the difference in admission patterns are likely multifactorial, the researchers said, but reflect inequities in outpatient access to outpatient cardiology care: black and Latinx patients were not under the care of a cardiologist as an outpatient at the time of hospitalization—the strongest predictor of admission to a cardiology unit, according to the study.  Levels of perceived discrimination and mistrust in the healthcare system may also lead to differing kinds of self-advocacy for admission to a specialized service by patients from different backgrounds. While structural drivers are likely the major drivers, the authors feel that implicit bias is ubiquitous and probably contributes as well.

The study was not designed to uncover the reasons behind the higher readmission rates among those treated in the general medicine unit. However, the difference in outcomes may be driven by the greater expertise, improved overall care and specialized support services with focus on cardiac illness that are available in cardiology units.  The researchers noted that premature discharge, inadequate transitions of care from the hospital to home and lower rates of cardiology follow-up for those admitted to general medicine may also worsen patient outcomes.

Decision tools and guidelines for admissions staff and racial equity training for clinicians could help close the gap in access to specialized cardiac care and to improve outcomes. Increased staff education could also help to standardize heart failure care between cardiology and general medicine units. Additional tools may include strategies to ensure that all patients are followed by a cardiologist after leaving the hospital, the researchers said.

“Research has shown that structural inequities are pervasive throughout health care systems. But identifying inequities is the first step in a process. With significant institutional support and leadership commitment, we have begun the important work of addressing these inequities. We hope other institutions and clinicians will be equally committed to addressing inequities in their own contexts, systems and care settings,” said senior study author Eldrin Lewis, M.D., Ph.D., a cardiovascular specialist at Brigham and Women’s Hospital and associate professor of medicine at Harvard Medical School. “Equity must be central in everything we do as physicians.”