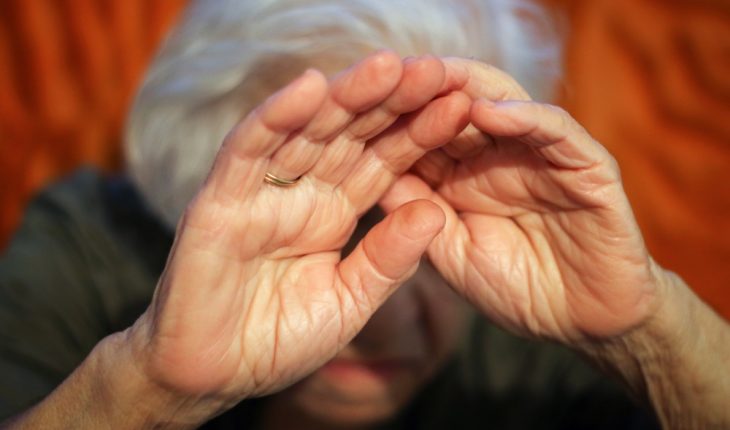 Approximately one in 10 older people living in the United States has experienced physical, sexual, psychological or financial abuse or neglect, according to the National Center on Elder Abuse.

To understand how to keep your elderly loved ones safe, whether in your care or in the care of others, Patricia Speck, DNSc, a board-certified family nurse practitioner who specializes in forensic nursing, family and sexual violence at the University of Alabama at Birmingham School of Nursing, explained the different types of elder abuse and how to spot signs of and report suspected abuse.

Physical abuse is defined as the intentional use of physical force that results in illness, injury, pain or functional impairment.

“Unexplained bruises, cuts, burns and bedsores are signs of physical abuse,” Speck explained. “If you notice sudden changes in behavior, particularly when the suspected abuser is around, that is a sign that you should seek help for your loved one.”

Speck says health care providers should suspect abuse if they see subdural hemorrhages (or bleeding that occurs outside the brain as a result of a head injury) and eye, nose and mouth injuries.

“Nurses should particularly look for signs of intentional injuries, such as contusions of lips, cheeks, soft palate, facial fractures, missing hair, particularly in odd places and not where you would expect to see balding,” Speck said. “Bruising and skin tears in odd places, like the abdomen or under the arm or in the crotch, are also common signs.”

Another common indication of abuse is for people who spend most of their time in wheelchairs.

“If there is injury to an older person who is being restrained in a wheelchair, you would look for friction burns on the abdomen or wrists, different patterns in bruising and skin tears,” Speck said.

The majority of sexual assault cases to older adults are in the community; but many are reported from institutions, and in most cases the perpetrator is known by the victim.

Bruising and skin tears in odd places, like the abdomen or under the arm, are common signs.

Speck says signs of sexual abuse include unexplained venereal diseases, genital infections, and bleeding and tearing in the genital area. They also include bruises to the buttocks and around the inner and outer thighs.

Psychological abuse is one of the most common types of abuse. Suspected signs include unusual changes in behavior or sleep, fear or anxiety, sadness, and isolation.

“Isolation is one of the worst symptoms of psychological abuse,” Speck said. “Many older people who are being abused by a loved one don’t want to tell other people what their son or daughter is doing to them because it is their child. This leaves the victim feeling very alone and depressed.”

Speck says control is a major issue in psychological abuse. “The abuse could come in the form of scolding, insults and degradation; but it could also be less obvious to see,” Speck said. “For example, if a loved one or caretaker keeps a walker or wheelchair just out of reach of the person so they can’t get up and around. Another example might be withholding glasses or dentures from the patient so they can’t eat or see.”

Common signs of abuse may occur when one notices that the patient is unwilling to communicate when an abuser is in the room or nearby.

“If you suspect abuse and are speaking to the patient as part of an investigation or as a friend or relative who is concerned, and you notice the older person’s behavior changes, that should be a major indicator of abuse,” Speck said. “The problem is that moving an older person from their living environment may be disorienting. It takes time to figure out what happened.”

Financial abuse is defined as the illegal or impromptu use of an elder’s funds, property or assets. Examples include forging an older person’s signature, coercing an older person into signing documents, such as a contract or will, and the improper use of power of attorney.

Speck says financial abuse is common among seniors, especially those with dementia or cognitive impairment; despite their mental state, the best thing to do is believe them when they complain of missing funds.

“When an older person complains, believe them and listen to them,” she said. “If a loved one is in an assisted-living facility and complains that things are missing, pay attention to that. It is important to do this until you have evidence to prove otherwise.”

Not listening or disregarding complaints about financial abuse will cause the victim to feel shame for not being believed and will also create fear and skepticism when it comes to reporting future instances of abuse. Providers want to create a trauma-informed safe environment.

According to Speck, there are three types of neglect — physical, emotional and self.

“Physical neglect is defined as failing to attend to a person’s medical hygiene, nutrition and dietary needs,” she said. “It may also involve not giving them the medications they’ve been prescribed or not changing their bandages on time.”

“We often see emotional neglect when an older person is infantilized by their caregivers,” she said. “Abandonment is also a common problem, where someone is left at an emergency department or the hospital.”

Self-neglect is a growing concern and appears when a person chooses not to be treated by a health care provider. Signs of self-neglect include attempted suicide, withdrawal, anxiety, psychosomatic ailments such as stomachaches and headaches, and difficulty sleeping. The older person may desire to be alone, but social support is so important to the older person’s health.

“If you notice sudden changes in behavior, particularly when the suspected abuser is around, that is a sign that you should seek help for your loved one.”

WHAT TO DO IF YOU SEE SIGNS OF ABUSE

As the elderly population continues to grow, understanding the signs and symptoms of abuse is an important way to care for your loved ones. Speck says the best thing to do is to be gentle and listen.

“Older people need you to be patient with them, so be patient and listen twice as long as you speak,” she said.

When communicating with an older person whom you suspect has been abused, make sure the person knows what you are saying. If a document or something they need to read is involved, make sure the letters are large enough so they can read the print.

Also, use trauma-informed care principles of safety and transparency to communicate with them in a place where they feel comfortable, and ask them about their hearing and vision preferences.

“They may not be able to see well in a bright room, or they may be sensitive to loud speech and need you to speak in a slow, calm manner using their language,” Speck said. “Avoid medical-ese. Ask them if they have any difficulties and offer to help them make the environment safer for them. They will be more cooperative and trust you if you show that you are putting their needs first.”

If you suspect abuse, talk with them when the two of you are alone. Offer to take that person to get help and let them know you are worried about their safety and well-being. Many communities have Coordinated Community Responses to Elder Abuse, with a variety of services for the older person.

For services to support elder persons in your community, call 1-800-677-1116, the Eldercare Locator (a public service of the U.S. Administration on Aging), to speak with someone who will connect you to services for older adults and their families and prevent abuse, neglect and exploitation of elders or vulnerable adults. You can visit their site here.