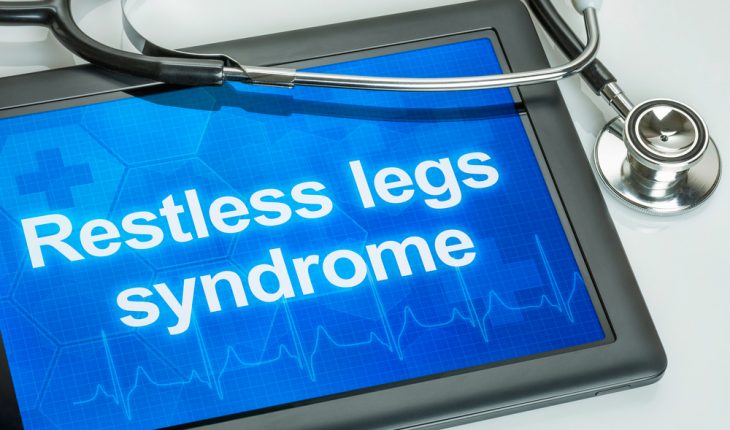 Restless Legs Syndrome and Your Sleep

For millions of Americans, a good night’s sleep is an elusive goal. Insomniacs are plagued by a persistent combination of difficulty falling asleep, frequent waking and difficulty getting back to sleep, waking too early, and not feeling rested on waking. Chronic insomnia can have serious implications for quality of life, resulting in daytime sleepiness, irritability, impaired job performance, accidents, and health risks.

The cause of an individual case of insomnia may be as elusive as the sleep that is so hard to come by. It can be associated with a wide range of underlying medical and psychological conditions, including anxiety and depression. Anxiety about being unable to sleep often makes it even more difficult to sleep. But sometimes insomnia isn’t caused by anxiety or medication or any of the other possible culprits. Sometimes it is a consequence of restless legs syndrome, a condition so disruptive to restful sleep, that it is itself considered a sleep disorder.

Restless legs syndrome (RLS), also known as Willis-Ekbom disorder, is a common neurological condition that causes unusual or unpleasant sensations in the legs or other parts of the body and an irresistible urge to move the legs to relieve those sensations. Patients often find it difficult to describe the sensations in their legs, They use descriptions like itching, throbbing, pins and needles, or a ‘creepy-crawly’ feeling. Some say it feels like bugs are crawling on their legs. These sensations are worse when at rest – sitting or lying down – and tend to be more severe late in the day and at night, a combination that significantly impairs the ability to get restful sleep.

It is estimated that 7-10% of the U.S. population suffers from RLS. It affects both genders but is more common in women and while it can start at any age, those who are most severely affected tend to be middle-aged and older.

The precise cause of RLS isn’t known but it does tend to run in families and iron deficiency may play a role. Some cases of RLS are associated with an underlying condition, such as Parkinson’s disease, kidney failure, or peripheral neuropathy, but most often RLS is not accompanied by another condition. Certain medications, including anti-depressants like SSRI’s, as well as dopamine blocking medications – mood stabilizers, can result or worsen RLS, and the insomnia that it causes.

Another important point worth noting is that patients who have known or existing RLS should discuss this with their provider. Dopamine blocking mood stabilizers or antipsychotics, used for bipolar disorder, can make RLS worse – and in some cases, temporarily spread “up the body.” A condition known as akathisia we have often called, “RLS of the whole body,” can be brought on in someone with existing RLS, taking some of these dopamine blockers.

There is no test that can confirm a diagnosis of RLS but blood and other tests may be used to rule out the presence of another condition.

There is no cure for RLS. If there is an underlying condition, treating that condition may relieve symptoms. But for primary RLS – when there is no associated condition – treatment is targeted to managing the disorder, minimizing symptoms, and improving sleep.” Treatment may include the following:

Lifestyle changes: Eliminating or reducing the use of alcohol and tobacco, establishing regular sleep habits, undertaking a program of moderate exercise, leg massage, and hots baths or heating pads may relieve symptoms. For those with mild to moderate symptoms, these steps may provide sufficient relief.

Medications: There is no single medication for RLS that works for everyone and it may be necessary to try several before settling on one. Among the choices are dopamine-related drugs like those used to treat Parkinson’s disease, although long-term use may make symptoms worse; opioids, which carry the risk of addiction but are effective in some people in low doses; and benzodiazepines, which are generally prescribed for anxiety and can help RLS sufferers get restful sleep.

Restless legs syndrome afflicts sufferers twice, first with the symptoms of the condition itself and then with chronic sleep disruption and its accompanying ill effects. While research is ongoing to identify the specific changes in the brain that cause the disorder, careful management and conscientious adherence to prescribed therapies can minimize the effects of RLS and help people get a good night’s sleep.

Alex Dimitriu, MD, is double board-certified in psychiatry and sleep medicine and is the founder of the Menlo Park Psychiatry & Sleep Medicine Center in Menlo Park, CA. http://www.doctoralex.com