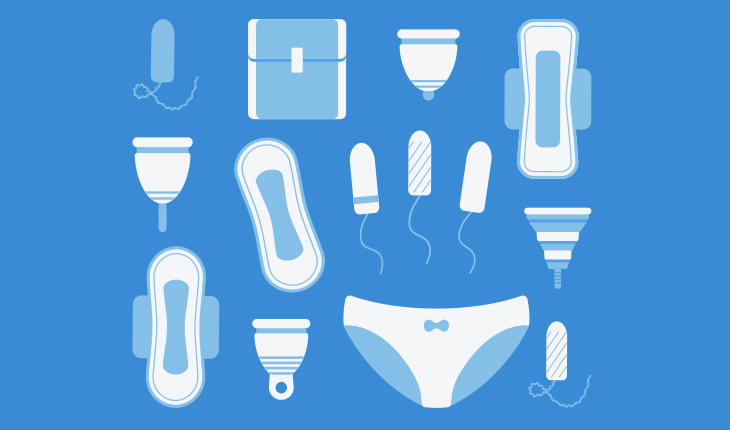 Revolution in a Cup?

Two thirdAGE writers graciously offered themselves up as ‘guinea pigs.’ For what? To test out the DivaCup! Both were first time users of menstrual cups and wanted to see what they thought firsthand. Here are our accounts . . .

Talking about my menstrual period isn’t something I do often, but as someone who regularly does squats as part of her workout, am fully aware of the importance of quality feminine hygiene products.

And also, in an attempt to avoid going to hell in a proverbial handbasket, would like to be part of the movement for less waste, not more. And there enters the menstrual cup. It may be unconventional. It may take some mental gymnastics to wrap your head around. And it may seem, well, unusual, after a lifetime of cotton liners and tampons… but the cup is here to stay, and this is how my first two encounters with it went…

But maybe I should back up for a second . . . some of you may be asking yourselves, what the heck is a menstrual cup?

Simply put – a menstrual cup is placed into the vagina during your period to collect menstrual fluid – and can be safely worn up to 12 hours.

A reusable (and thus, eco-friendly) alternative to tampons and pads. Oh, and also an economic alternative – again, due to the reusability (bye-bye spending $150 a year on feminine products!) And now, onto my inaugural experience… enter the uber-popular DivaCup – a reusable menstrual cup made of health-grade silicone that is manufactured in Canada. It comes in 2 different sizes: Model 1 is for those under 30, who have not had kids; while Model 2 is for those over 30 slash those who have had kids. The difference between the two is pretty nominal, just about 1/8” – but DivaCup highly suggests going with their sizing recommendations to help prevent leakage (nobody wants that…). As a mama, I went with Model 2. And here’s where the adventure really begins. The night that I decided to give this method of blood collecting a try, I looked over the directions (again) for the umpteenth time, wanting to get this right.

It took a while to master the U-fold insertion tactic – the DivaCup kept unfolding on me, making me feel like I had two left thumbs. After a number of tries, I persevered, and was able to insert the cup to where I thought it should sit. That was bend and fold down. Now the twist: the trick after getting it in is to twist the cup, to create a suction seal (yay – no leakage). That part proved the most difficult of all – after some wrangling, I got it as good as I could, and hoped for the best. I went about my night, cooking, eating, cleaning, Netflix watching, sleeping.

When I woke up the next morning, I went to the bathroom – anxious to see if I’d succeeded in ‘doing’ the twist – and apparently, I had. No leakage. But here came the next big challenge – honestly the most difficult part of this process for me – removing the cup. I tried to recite the un-mantra: Untwist. Unfold. Unbend. It took a combination of gently pulling, while simultaneously twisting to un-suction the cup. Yay. But then, the descent. Gently pulling on the tulip stem, I succeeded in pulling the cup out, very conscious to keep the cup level, a spill would undo all my hard-fought work.

And then, the DivaCup was out, and I was face to face with my blood for the first time ever.

I stared at the cup, the cup seemed to be staring back. I had no idea what my menstrual blood looked like when not sopped up into some cotton product. I was fascinated. I was horrified. I was  a m a z e d . And then this vampiric thought jumped into my mind: that looks like a shot glass of blood. Thankfully, I wasn’t bloodthirsty. I spilled the contents of the cup into the sink, and then washed the cup. There was no changing my tampon at work (yay for 12 hours of cup usage!). Big plus. And there was no leaking (yay again).

But how did it feel, you want to know? Well… for the most part I didn’t feel it. Which is good.

Over the course of the next few days, there were times I was more adept at inserting the cup in the right way, and then there were times when I maybe was not quite as successful. Overall, I’d rate the comfort factor at 9.

I used the DivaCup for two periods – and while I am enamored of the concept, am not sure if I’m completely sold. My second period, I had bad cramps, and I wondered if the DivaCup could have anything to do with it. After several hours, I took a mega hit of ibuprofen, and then took out the DivaCup. Not sure if it was the medicine or what, but after 15 minutes, the cramps subsided. Not the most scientific of methods – but I was happy to feel better.

Here’s the thing – I really liked the DivaCup, and want to deepen our relationship. So I plan to use it again in a week. I think like anything, practice makes perfect. Bend. Fold. Twist. Again! Environmental impact has always been very important to me – I try to reduce mine as much as possible.

So, this month, I’ve decided to try DivaCup, a reusable menstrual cup that creates zero waste and can be used throughout your cycle. An added plus: you can wear it for much longer than other feminine hygiene products without worrying about toxic shock syndrome or frequent bathroom trips!

It’s estimated that women will use 250 to 300 pounds of products, applicators, and wrappers in a lifetime, which does not even include the total impact of producing, shipping, and packaging all those products. While it’s true menstrual cups come with the same production impact, but they can last for at least a year (some say up to 10 years!) which means your impact is substantially lowered.

Our human bodies have been developing for hundreds of thousands of years – way before modern medicine or products that try to hide the fact that we’re on our periods. As it turns out, there are very few regulations on what companies can put in their products.

Did you know that added fragrances are incredibly harmful to our reproductive area and yet are prominently used in conventional tampons and pads?

These products can also contain dioxin and chlorine as a result of bleaching, non-organic cotton, BPA – found in plastics and linked to cancer – and rayon, which increases the likelihood of toxic shock syndrome. (Note: you can read a personal account of TSS here.) So yeah, I was happy to make the switch.

Menstrual cups have been recommended to me by a couple friends who swear by them and say they’ve changed their lives – so I’ve decided to finally try it. But, they have also warned me that it might take a couple tries to get it right. I talked to my OB/GYN, who also recommended it, as wearing tampons can actually make your period last longer by blocking your flow!

The first day of my period, I was running a little late in the morning. I read the directions a couple times to make sure I was inserting the DivaCup correctly, but wasn’t super confident before leaving my house for work. I regretted not practicing while I was walking in, since we have a shared bathroom and I don’t have the security of a private space. Of course, I imagined the worst. It ended up not being an issue at all, though. I did have to refresh the cup in the afternoon, but it was surprisingly easy and clean when done with care and patience.

I do have a slightly heavier than normal flow, which means I’m not one of the lucky ladies who can wear a menstrual cup for a full work day – at least for the first few days. But, even on my heaviest days, I needed to change it less than half the times than I did when I was using tampons or pads. By day 4 of my period, I could wear it the whole day without worrying.

I’ve since used the DivaCup for two additional cycles, and each is easier than the last. While it did take some time to adjust to it, I have every intention of continuing using my DivaCup. Just think, I’ve already saved close to $30 on tampons, which will be $120/year. Plus, I don’t have to worry if I’ve brought enough tampons for a night out. And best of all, I prevented extra waste – I use about 25 tampons per cycle, meaning I saved 75 tampons in just 3 months!

Pro Tip: I would recommend using a panty liner or other protective barrier in the beginning, until you get accustomed to using a menstrual cup. There is a learning curve in the beginning and it never hurts to be safe!

Remember: Everyone’s bodies are unique! Just because this product worked well for me doesn’t mean it will be right for everyone. There are multiple shapes depending on age and if you’ve given birth. Also, if the DivaCup isn’t the right choice for you, there are a variety of alternatives.

Disclaimer: Neither thirdAGE nor the authors were paid for their endorsement of the product. This article contains their true first-hand accounts of their experiences using the DivaCup product.