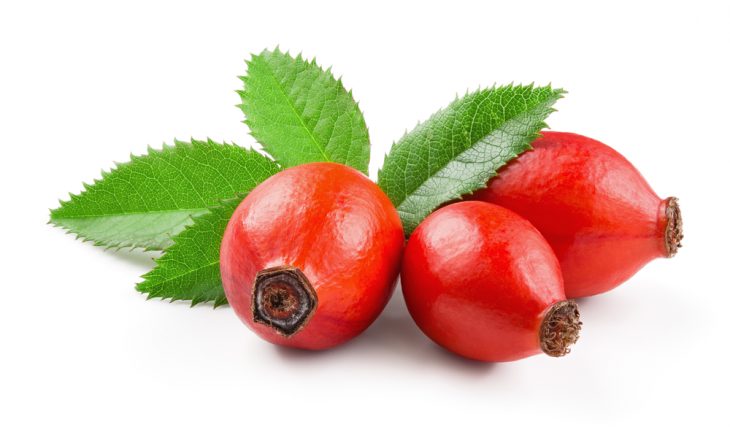 The genus Rosa from family Rosaceae is one of the most widespread species from the family. One species, rose hip (rose haw), is known as a good source of different types of micronutrients and phytochemicals such as phenolic acids, tannins, and flavonoids.

It is known as a traditional treatment in folk medicine. It has been used for the treatment of several illness including ear, nose, and throat problems since old times.

In European folk medicine, it has been used a laxative, diuretic, anti-gout, and anti-rheumatism medication. rose hip has also been used to treat kidney stones, gastroenteric ailments, hypertension, and respiratory problems like bronchitis, cough, and cold. To discover more of its abilities, researchers have reviewed its traditional applications, its clinical properties, and pharmacological potentials in various ethnomedical systems.

It was found that the rose hip fruit contained approximately 129 chemical compounds. All the compounds have successfully been isolated and identified. Some major bioactive compounds include flavonoids, tannins, anthocyanin, phenolic compounds, fatty oil, organic acids and some inorganic compounds. Further research on these compound suggests that the fruit can be used for as antioxidant, anti-inflammatory, anti-obesity, anti-cancer, hepatoprotective, nephroprotective, cardioprotective, and antiaging, anti H. pylori, neuroprotective and antinociceptive medicines. Therapeutic effects against arthritis have also been reported.

Some of the effects of rose hip studied from ethnomedical practices, such as nephroprotective and gastroproetctive actions, have been confirmed by preclinical pharmacological studies. Further investigations on these effects as well as evidence from randomized controlled trials are essential to assess the therapeutic values of the natural products in rose hip.