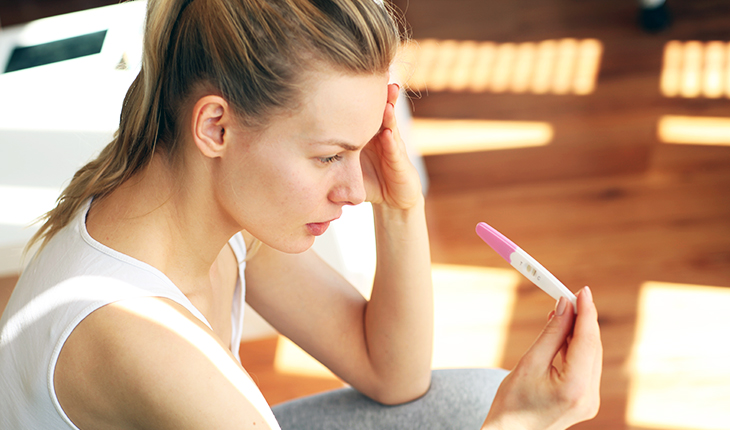 Conceiving a child and having a successful birth without medical intervention is no guarantee that a woman can expand her family in the future without experiencing any challenges. It’s estimated more than 6 million people in the U.S. want to add a biological child to their family, but can’t.

This inability to conceive or carry a baby to term, after at least one successful pregnancy without any assisted reproductive technologies (ART) or fertility medications, is considered secondary infertility. The National Center for Health Statistics estimates there are upwards of three million women of childbearing age in the U.S. who are experiencing this medical condition.

These couples make up at least a third or possibly as many as half of the patients undergoing fertility treatment.

“Age of the woman is the single most predictive factor regarding fertility,” said Dr. Rinku Mehta of the Frisco Institute for Reproductive Medicine. “I would advise women to not wait too long between trying to have children if they were already over age 35 when they conceived the first time.”

While growing older is a significant cause of secondary infertility, it is not the only factor.

Since the last successful pregnancy, one or both of the partners may have developed health problems that affect pregnancy.

The male, for example, may have a thyroid condition that is inhibiting sperm performance or an undiagnosed general decline in the concentration or motility of his sperm. For her part, the female may have an underlying and undetected condition which has worsened over time, such as endometriosis or polycystic ovary syndrome (PCOS), an endocrine disorder that affects a woman’s menstrual cycle and is the leading cause of infertility in women.

Fertility can also be impacted by a significant weight gain in either or both partners. Even higher stress levels can affect ovulation as well as sperm count.

Other health conditions or life changes that may be causing secondary infertility include the following:

If all medical conditions are eventually ruled out, then the fertility is deemed “unexplained,” which accounts for about 20 percent of all secondary infertility cases.

Many couples are caught off guard, confused, or even shocked when they receive a diagnosis of secondary infertility. After all, getting pregnant and delivering a child had been natural and easy the first time, so the built-in belief is that future pregnancies will be the same.

“Those with secondary infertility are always grateful that they have a child(ren) at home, but when they begin their attempts at becoming pregnant again, they have the expectation that they will be able to add to their family without a problem,” said Dr. John J. Rapisarda, a partner of the Chicago-based Fertility Centers of Illinois. “When this doesn’t happen, it can lead to…a feeling of guilt that they might have waited too long, or done something else to cause their secondary inability to conceive.”

Some parents may even feel guilty that they’ve let their child(ren) down by depriving them of a future sibling.

“The pain of women who can’t have additional children shouldn’t be dismissed, said Dr. Catherine Birndorf, a reproductive psychiatrist in New York City: “If your narrative is ‘I come from four kids and I wanted three kids,’ you may feel as much pain as someone who’s never had a child.”

Because they already have a child or children, those experiencing secondary infertility often receive less understanding and empathy for their infertility journey. Compared to couples who are childless, they are often expected to be grateful for what they already have and stop complaining about their inability to expand their family.

According to Marie Davidson, Ph.D., a psychologist at Fertility Centers of Illinois, “Parents with secondary infertility don’t often get much sympathy, so they end up feeling as though they don’t have a right to be sad.”

However, the pain and longing are all too real.

How can healthcare providers help?

Primary care professionals can encourage their patients with suspected secondary infertility to seek specialized medical advice. Referral can either be to the female patient’s Ob/Gyn or to a fertility specialist, such as a reproductive endocrinologist. Since age plays such a significant role, it is important to be proactive.

For emotional support and to develop coping skills, healthcare providers can recommend their patients visit The National Infertility Association’s RESOLVE website and identify local support groups. Couples may also want to consider professional counseling to work through their emotions and revise expectations.

“The diagnosis of secondary infertility can be emotionally very difficult,” wrote Jerald S. Goldstein, M.D., medical director of Fertility Specialists of Texas. “Recently a patient told me of how alone she felt speaking to a “friend” of hers who told her, “You should be happy you have one child already.”