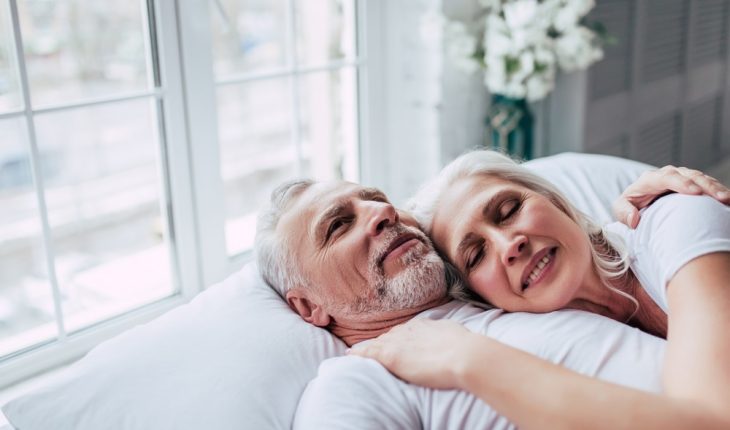 Sex encourages a feeling of improved well-being among older adults, according to a new study from British researchers.

The findings were published in the journal Sexual Medicine.

Led by Dr. Lee Smith from Anglia Ruskin University, UK, and Dr. Sarah Jackson from University College London, the study involved analyzing survey data from the English Longitudinal Study of Aging. The research analyzed data from 6,879 older adults, with an average age of 65, living in England.

The survey revealed that older men and women who reported any type of sexual activity in the previous 12 months had a higher life enjoyment score than those who were not sexually active. For older women, more kissing, petting, and fondling was associated with a higher enjoyment of life, as was feeling emotionally close to their partner during sex. But for the same group, there was not a significant association between sexual intercourse and enjoyment of life.

Among older men, however, the response was different. They associated greater enjoyment of life with the frequency of sexual intercourse. The results from the study indicate that sexual intercourse may be more important for older men than women in terms of promoting wellbeing, with women’s enjoyment more closely linked to other sexual activities.  (Click here to read our story, “Sex after 65: Poll Finds Links to Health, Gender Differences and Lack of Communication.”)

“Health professionals should acknowledge that older adults are not asexual.”

Smith, Reader in Exercise Medicine at Anglia Ruskin University, said: “Previous research has suggested that frequent sexual intercourse is associated with a range of benefits for psychological and physiological wellbeing, such as improved quality of life and mental health, and lower risk of certain cancers and fatal coronary events.

“Health professionals should acknowledge that older adults are not asexual and that a frequent and problem-free sex life in this population is related to better wellbeing. However, encouragement to try new positions and explore different types of sexual activities is not regularly given to ageing populations.

“The findings of our study suggest that it may be beneficial for physicians to query geriatric patients about their sexual activity and offer help for sexual difficulties, as sexual activity helps older people live more fulfilling lives.”