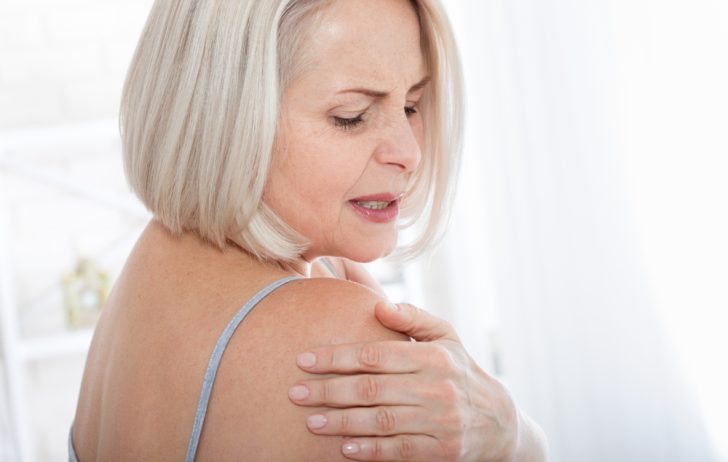 A new study shows that post-menopausal women who are on hormone replacement therapy have a lower risk of developing a painful shoulder condition than women who aren’t receiving the treatment.

The research into estrogen therapy and the condition, adhesive capsulitis, was conducted by the Duke University Departments of Orthopedics and Obstetrics & Gynecology. Results were presented Oct. 12 at the meeting of the North American Menopause Society meeting in Atlanta.

This retrospective cohort study analyzed medical records of nearly 2,000 post-menopausal women between the ages of 45 and 60 who presented with shoulder pain, stiffness and adhesive capsulitis.

Among the women in the study, only 3.95% of those who had received hormone replacement therapy were diagnosed with the shoulder condition, compared to 7.65% of women who had not received estrogen replacement. The differences were not statistically significant, likely due to the sample size, but the researchers said the findings should drive further investigation.

“Given that older women are most commonly affected by adhesive capsulitis, there may be a connection between the loss of estrogen in menopause and this painful shoulder condition,” said Anne Ford, M.D., associate professor in the Department of Obstetrics & Gynecology at Duke University School of Medicine.