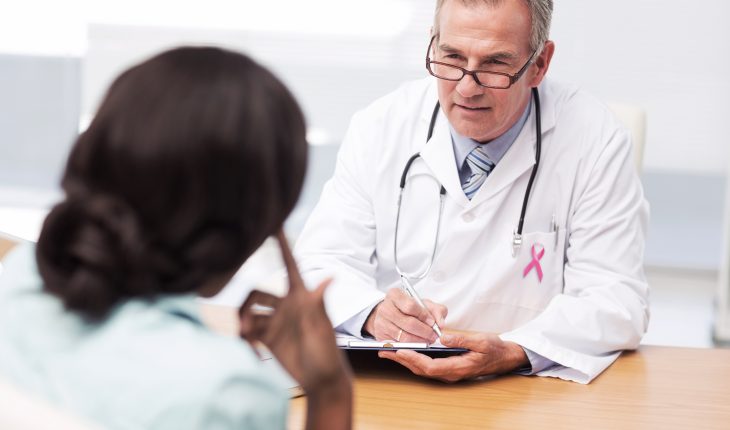 Some Breast Cancer Patients May Not Benefit from Chemotherapy

Postmenopausal women with hormone receptor (HR)-positive, human epidermal growth factor receptor 2 (HER2)-negative breast cancer that has spread to a limited number of lymph nodes, and whose recurrence risk is relatively low, do not benefit from chemotherapy when it is added to hormone therapy, according to initial results from a clinical trial presented at the 2020 San Antonio Breast Cancer Symposium.

These findings may save tens of thousands of postmenopausal women each year the time, money, and harmful side effects that come with chemotherapy infusions.

According to a news release from the National Cancer Institute (NCI), this is the first evidence in a randomized phase III trial that postmenopausal women with HR-positive, HER2-negative breast cancer that has spread to one to three lymph nodes can safely forgo chemotherapy if their recurrence score on a genomic tumor tissue test is 25 or less.

The trial also demonstrated, after a median of five years of follow-up, that premenopausal women with the same disease characteristics benefited from chemotherapy. The study, SWOG S1007, known as RxPONDER, was supported by NCI, part of the National Institutes of Health; designed and led by SWOG Cancer Research Netwowork and conducted by the NCI National Clinical Trials Network. RxPONDER was an international effort, conducted at 632 sites in nine countries — the United States, Canada, Mexico, Colombia, Ireland, France, Spain, Korea, and Saudi Arabia.

“Every day in clinics around the world, physicians wrestle with the question of how to best treat women with this common form of breast cancer,” said study lead author Kevin Kalinsky, M.D., a long-time SWOG investigator and director of the Glenn Family Breast Center at the Winship Cancer Institute of Emory University, Atlanta. “These results are practice-changing and demonstrate that postmenopausal women can be spared unnecessary chemotherapy and receive only hormone therapy. This should bring more clarity to physicians and some relief for patients.”

RxPONDER follows the ground-breaking TAILORx study, which was also supported by NCI. TAILORx showed that postmenopausal women with lymph node-negative, HR-positive, HER2-negative breast cancer and recurrence scores of 25 or less on a genomic tumor tissue test saw no benefit from the addition of chemotherapy to hormone therapy compared with hormone therapy alone. These results, however, left open the question of the most effective way to treat women diagnosed with more advanced breast cancer that has spread to the lymph nodes.

Analyses of data from stored tumor samples of patients in an earlier SWOG clinical trial, S8814, had suggested that recurrence scores from patients with lymph node-positive breast cancer that is HR positive and HER2 negative could potentially predict chemotherapy benefit. The study team set out to find out if this was true, using a molecular test called the Oncotype DX Breast Recurrence Score. This test, also used in TAILORx, assesses the activity of 21 genes to generate a score that indicates the risk of recurrence. Scores range from 0 to 100, with 25 and below rated in the low or intermediate risk range.

According to NCI’s news release, the RxPONDER team screened 9,383 women with HR-positive, HER2-negative breast cancer and one to three positive lymph nodes to identify those with recurrence scores of 25 or less. A total of 5,083 such patients were randomly assigned to receive hormone therapy alone or hormone therapy plus several months of intravenous chemotherapy with taxane and/or anthracyclines; these are chemotherapy drugs that are considered standard treatment for this type of cancer. Two-thirds of the women in the trial were postmenopausal, and data from 5,015 eligible randomized patients were used in the current analysis.

All participants were monitored for a median of five years to assess the trial’s primary endpoint, invasive disease-free survival, or IDFS, a measure that counts which patients develop cancer that spreads outside of the breast, develop a new tumor inside a breast, or die from any cause. Overall survival was a secondary endpoint. As an independent data and safety monitoring committee began reviewing the trial results, they noticed a surprising pattern — one that was clear enough for the committee to recommend that findings be reported publicly before the final results were complete. When NCI received the committee’s recommendation, they agreed.

“This study represents an important step toward the goal of matching patients with the most appropriate therapies and ensuring that patients do not receive treatments that are unlikely to benefit them,” said Larissa Korde, M.D., M.P.H., head of Breast Cancer and Melanoma Therapeutics in NCI’s Cancer Therapy Evaluation Program. “These findings and additional results from this clinical trial can be expected to help improve the care of many women with a common form of breast cancer.”

RxPONDER will follow patients for 15 years, so additional data and insights are to come. One unknown is why premenopausal women in the study benefited from chemotherapy while postmenopausal women did not. One possible explanation is that chemotherapy can induce menopause, starving the cancer of the hormones it needs to grow. Additional research is needed to explore whether treatment with medications that induce menopause given in combination with standard hormone therapy would have the same effect on risk of recurrence as that seen with chemotherapy in this study.