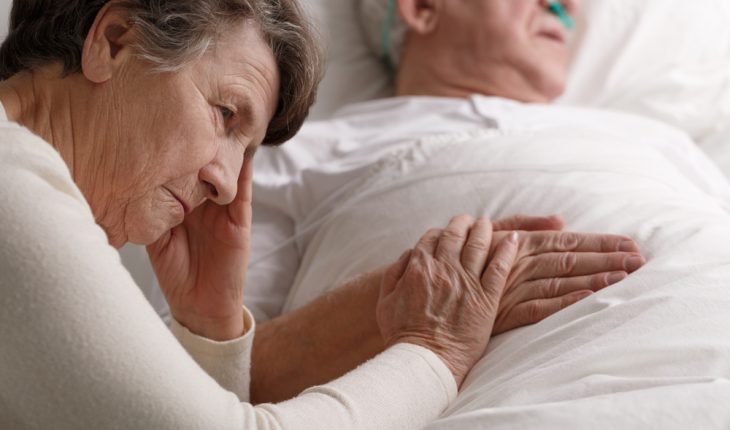 Spouses of ICU Patients Have Their Own Heart Attack Risk

Having a spouse in a hospital’s intensive care unit (ICU) may make a person more likely to have a heart attack or cardiac-related hospitalization themselves within a few weeks of the ICU admission, according to new research published in the American Heart Association’s flagship journal Circulation.

“Spouses of ICU patients should pay attention to their own physical health, especially in terms of cardiovascular disease,” said the study’s senior author Hiroyuki Ohbe, M.D., M.P.H., a Ph.D. student in the department of clinical epidemiology and health economics in the School of Public Health at The University of Tokyo in Japan. “The ICU can be a stressful environment with significant caregiving burdens, and spouses may face tough decisions about continuing or ending life-sustaining treatment.”

“A patient’s admission to ICU puts acute psychological stress on family members, and that stress may increase the risk for cardiovascular disease particularly for the other spouse,” Ohbe said, according to a release from the AHA.

This study is the first to suggest ICU admission of a spouse may be a risk factor for cardiovascular disease events and hospitalization in the other spouse. According to previous research, about a quarter to one-half of family members of a critically ill patient experience symptoms of post-traumatic stress, anxiety and depression, known as “post-intensive care syndrome-family.” Studies about bereavement have shown an increased risk of cardiovascular diseases particularly in the early weeks and months after a loved one has died, known as broken-heart syndrome (also called stress-induced cardiomyopathy or takutsobo cardiomyopathy). Researchers matched spouses of patients admitted to the ICU for more than two days with people randomly selected from the Japan Medical Data Center database of 6 million inpatient and outpatient health insurance claims between January 2005 and August 2018.

Among 2.1 million people (just over one million married couples), more than 7,800 spouses of patients admitted to ICUs were matched with more than 31,000 people randomly selected from the database. The average age of the spouses  was 54, and 35% were men. The two groups were matched for sex, age and medical insurance status.

*had increased odds of having a cardiovascular event, such as chest pain, heart attack, stroke, irregular heart rhythm, heart failure or pulmonary embolism (a blood clot in the lungs) within a month

Because the database includes only patients with employment health insurance, it may limit the ability to generalize the findings to other populations such as older adults or those without insurance. The findings should also be applicable to U.S. adults who have health insurance.

Previous studies and the current American College of Critical Care Medicine guidelines on care for family members of ICU patients have focused mostly on mental health, researchers noted. No studies have examined the physical health risks for family members. More studies are needed to confirm the findings of this research and to explore if behavior adjustments during this stressful time, such as changes in social ties, living arrangements, eating habits, alcohol consumption and economic support, are factors.