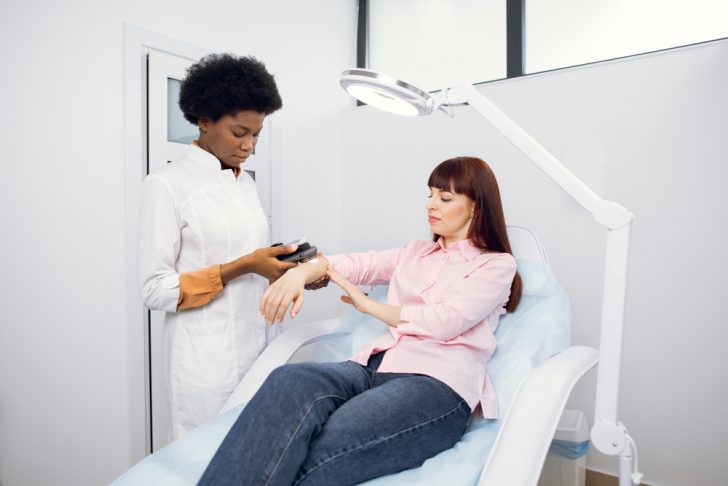 Although melanoma is the most serious type of skin cancer, most patients have high chances of surviving the disease, new research shows. There is evidence that more cases of melanoma are being overdiagnosed in patients who would never experience symptoms.

Using cancer registry data, investigators have identified a subset of patients with early-stage melanoma with almost no melanoma-related deaths, potentially representing cases contributing to overdiagnosis. The research, which is published by Wiley online in CANCER, a peer-reviewed journal of the American Cancer Society, may help clinicians determine which patients have a very low risk of death from melanoma after removal of the growth.

For the study, Megan M. Eguchi, MPH, of the University of California, Los Angeles; Kathleen F. Kerr, PhD, of the University of Washington; David E. Elder, MB, ChB, FRCPA, of the University of Pennsylvania; and their colleagues, analyzed information from the U.S. Surveillance, Epidemiology, and End Results (SEER) database on patients who were diagnosed in 2010 and 2011 with stage 1 melanoma that was 1.0 mm or less in thickness and had not spread to the lymph nodes. Models were developed to identify patients with a very low risk of dying from melanoma in 7 years as well as those at higher risk of death.

Among the 11,594 patients in the analysis with follow-up data, the overall 7-year rate of mortality from melanoma was 2.5%. However, the models identified a subset of 25% of patients from the large cohort with risk below 1%. These patients tended to be younger, and their cancers exhibited minimal invasion into the skin. A very small subset of patients (less than 1%) who skewed older and had slightly more advanced tumors (although considered low risk by current criteria) had a greater than 20% risk of death, and these patients can be considered for potentially lifesaving, more complex therapy.

The findings show that a subset of melanoma patients with very low risk of death can be identified using a few standard risk factors. It is hoped that this study’s findings can be used as a starting point for future research using additional study designs and variables beyond those available in the SEER database to further improve this classification.

“Given the very low risk of death from melanoma associated with some of the cases identified in this study, and if these findings can be verified and perhaps extended in other studies, the use of a different term such as ‘Melanocytic neoplasm of low malignant potential’ may be more appropriate than that of melanoma, as has been done with some other neoplasms or tumors formerly labeled as cancers,” said Dr. Elder. “Such a term may potentially alleviate people’s concerns related to prognosis and outcomes and begin to address the problem of overdiagnosis.”