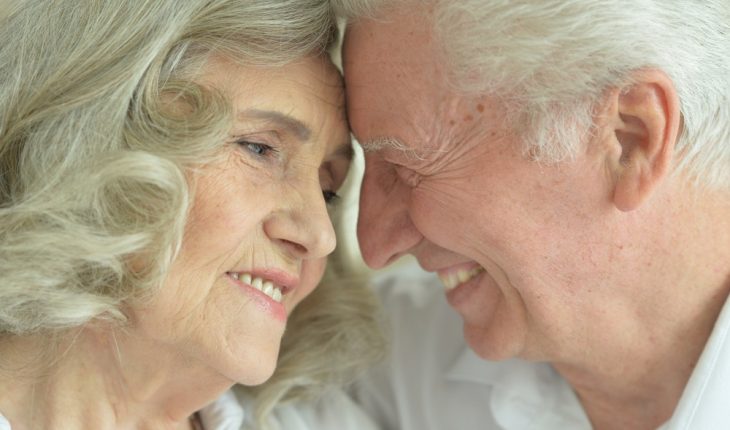 Most people with dementia who have partners and live at home are sexually active, according to new research. But people with cognitive impairment and dementia often have sexual function problems they don’t discuss with their doctor.

The findings, from a University of Chicago Medicine study, were published in the Journal of the American Geriatrics Society. This study is the first to look at a nationally-representative sample of people with dementia who are partnered and living at home.

“Until now, most of what we knew on this topic came from studies or legal cases involving people with advanced dementia living in nursing homes,” said lead study author Stacy Tessler-Lindau, MD, MAPP, and UChicago Medicine professor of obstetrics/gynecology and geriatrics.

“In the next 30 years, more than 80 million people in the U.S. will be 65 or older. A growing number of people with dementia live at home, cared for by a spouse who, like doctors and society more generally, doesn’t have the knowledge they need to manage the sexual aspects of life with a person with dementia.”

The number of home-dwelling people with Alzheimer’s Disease (the most common type of dementia) is expected to grow to more than eight million by 2050.

“The lack of basic information about sexual behavior, function and desires in this growing population is a problem,” said Lindau, “because these aspects of life with dementia raise ethical, legal, clinical and even moral questions that we as a society are largely unprepared for.”

The study’s authors looked at data from more than three thousand home-dwelling people in the United States between the ages of 62 and 91. In a previous study, Lindau and co-authors found later-life sexual activity to be positively associated with physical and mental health. It was regarded by most men and women as an important part of life.

The majority of people, across all cognition groups in the current study, reported positive attitudes about sex but said that they were having sex less often that they would like.

“Physicians may be asked to determine whether a patient with dementia has the capacity to consent to sex and have to balance the obligation to protect the patient from harm with the obligation to protect the person’s autonomy,” Lindau said. “We now have normative evidence that should help counter negative bias and inform important decisions about sex for people with dementia.”

According to a news release from the University of Chicago Medical Center, more than one-third of men and one in 10 women in the study’s dementia group reported bothersome sexual problems, but only 17 percent of men and one percent of women with dementia talked to a physician about sex-life changes that result from a medical condition like dementia.

Lindau said there are a growing number of FDA-approved treatments for sexual dysfunction, and that many of these are targeted to older adults.

“Sometimes the person complaining about the patient’s sexual function problems is the partner, not the patient with dementia. Doctors need to be prepared for how to handle that,” she said.