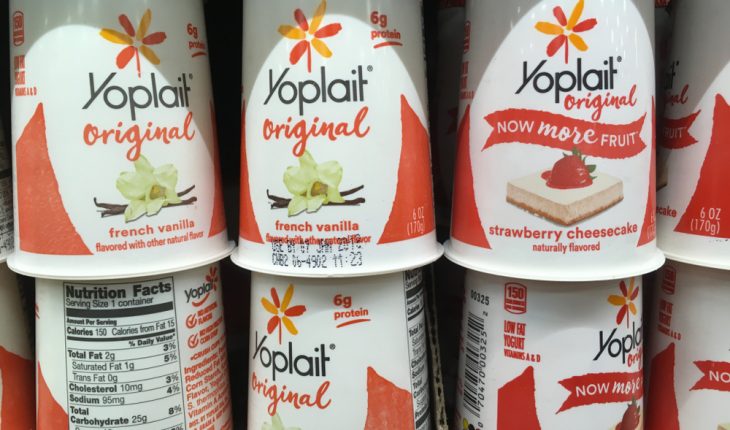 Sugar Content of Most Supermarket Yogurts Well Above Recommended Threshold

Yogurt may be an “unrecognized” source of dietary sugar, particularly for young children, who eat a lot of it, according to researchers who published their results in the online journal BMJ Open in September 2018.

A release from BMJ notes that the evidence suggests that yogurt and other fermented dairy products aid digestive and overall health. A good source of ‘friendly’ bacteria, they also contain protein, calcium, iodine and vitamin B.

UK and US dietary guidelines recommend low fat and low sugar dairy products, and the researchers wanted to assess how far yogurt products, particularly those marketed to children, meet these guidelines. Children up to the age of 3 in the UK eat more yogurt than any other age group.

They therefore assessed the nutrient content of almost 900 yogurts and yogurt products, which were available from five major UK online supermarket chains in October/November 2016. Between them, these chains account for 75 per cent of the market share.

All the products were grouped into eight categories: children’s, which included fromage frais; dairy alternatives, such as soy; desserts; drinks; flavored; fruit; natural/Greek; and organic.

Low fat and low sugar were classified according to European Union regulations, currently used for the front of pack food traffic light labelling system used in the UK: 3 g of fat/100g or less or 1.5 g or less for drinks; and a maximum of 5 g of total sugars/100 g.

Fewer than one in 10 (9%) qualified as low sugar, almost none of which were in the children’s category. This is “concerning,” given the rise in childhood obesity and the prevalence of tooth decay among young children, say the researchers.

Unsurprisingly, desserts contained the most total sugar, at an average 16.4 g/100 g, an amount that represents more than 45 per cent of energy intake. These were followed by products in the children’s, flavoured, fruit, and organic categories.

In these categories, total average sugars ranged from 10.8 g/100 g in children’s products to 13.1 g/100 g in organic products. This compares with an average of 5g /100 g for natural/Greek yogurts.

By and large, average fat content was either below or just above the low fat threshold. Desserts had the highest fat content and the broadest range, averaging 5.2 g/100 g.

This is an observational study, and as such, can’t establish cause, added to which it covered only products sold in five supermarket chains.

But write the researchers: “While yogurt may be less of a concern than soft drinks and fruit juices, the chief sources of free sugars in both children and adults’ diets, what is worrisome is that yogurt, as a perceived ‘healthy food,’ may be an unrecognized source of free/added sugars in the diet.”

This is particularly true of the organic yogurts analyzed, they say. “While the organic label refers to production, the well documented ‘health-halo effect’ means that consumers most often underestimate the caloric content and perceive the nutritional contents of organic products, including yogurts, more favorably.”

They conclude: “Not all yogurts are as healthy as perhaps consumers perceive them, and reformulation for the reduction of free sugars is warranted.”