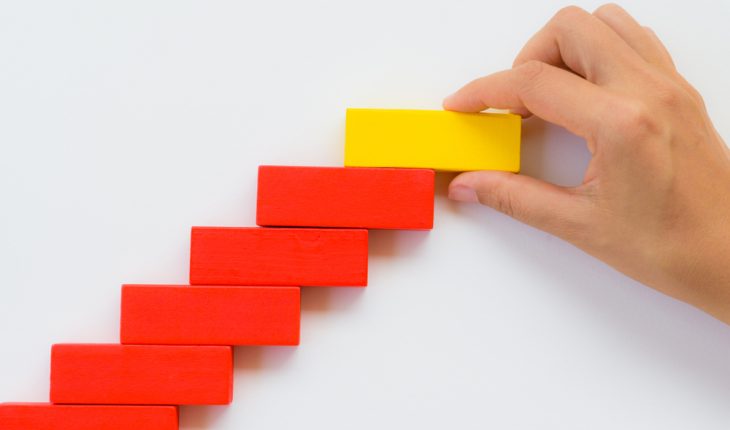 How long is your to-do list? For most people, the answer is probably: “too long.”

The Huffington Post reports that 50% of to-do list items are completed within one day of being written. Those aren’t bad odds, considering how many things we know can get in the way of a productive day. However, the same report also shows that 41% of to-do list items are never completed at all. When we put those two statistics together, we find that after one day of sitting on your to-do list untouched, the odds of a task going unfinished skyrocket—only 9% of those remaining tasks will eventually be completed.

If you think back on personal experience, can you remember which tasks were left behind and which were completed? If we had to guess, the tasks that were tackled first were quick and easy, say, pay your phone bill. And the ones that were left behind required extra effort, a lot of time, or multiple steps, say, redecorate your bedroom.

Why do the odds of completing a task change so drastically—literally overnight? And why are the complicated tasks always left behind? Well, a huge reason is the intimidation factor of simply getting started.

When we look at a complicated task from afar, it is difficult to envision an entry point, and easy to get weighed down in details.

To return to the redecorating example, you might ask yourself: should I buy new furniture first, or empty out the room to paint the walls? If I’m emptying out the room or if I’m buying new furniture, should I first sort through my wardrobe to get rid of things I don’t want? This endless train of thought can be dizzying, ultimately causing you to drop the task and move on to something easier.

Rather than accept defeat in the face of towering to-do lists, some have been turning to a new form of tracking progress. Coined by New York Times reporter Tim Herrera as the ultimate life hack, it’s called microprogress.

Microprogress is a reinvention of the old saying “one step at a time,” embracing the philosophy that every bit of progress is an accomplishment. Its central strategy is not a complicated “hack,” but rather to simply break down large tasks into smaller, more “accomplishable” tasks, ultimately making it easier for you to finish the project as a whole.

Microprogress prioritizes tasks that are enjoyable and quick; and uses the feel-good momentum of accomplishing those tasks to follow through on the rest.

The effectiveness of microprogress is shown both through individual experience and scientific study. Almost anybody will tell you that getting things done makes you feel good, and that smaller tasks are much easier to complete. Scientific research shows that the brain releases feel-good chemicals like dopamine when it accomplishes a task, micro- or not.

So, if you’re looking to add to your productivity and accomplish everything imaginable, it might work in your favor to not dream big and instead dream small.

Though it fights your instinct of keeping your eye on the finish line, microprogress actually helps us win the race before we reach the final stretch. In fact, all we have to do is cross the starting line. What are you waiting for? Go on, make your micro-list and start celebrating!