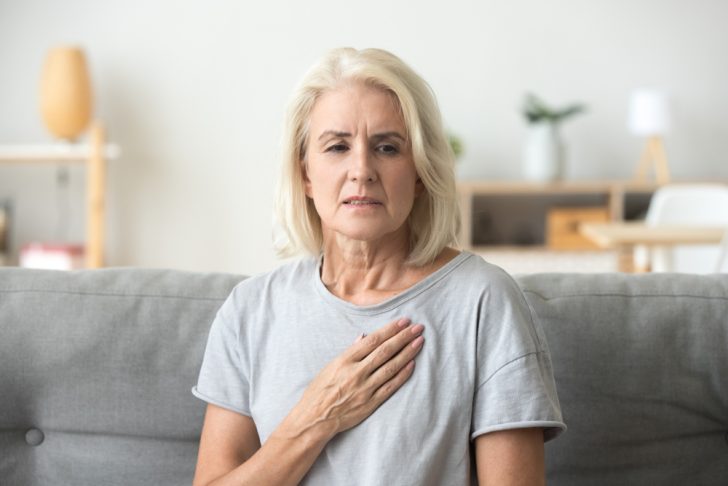 The Differing Symptoms of Heart Disease

A review of the latest research highlights the most reported symptoms of various cardiovascular diseases (CVDs), noting that men and women often experience different symptoms, according to a new American Heary (AHA) scientific statement published today in the Association’s flagship peer-reviewed journal, Circulation.

The statement also highlights how symptoms are experienced over time, which may be months or years apart depending on the condition, and on a spectrum of severity or intensity, noting the long-term nature of cardiovascular disease development. The scientific statement writing committee reviewed current research on the symptoms of different cardiovascular diseases. They found that symptoms vary over time and by sex.

Cardiovascular disease is the leading cause of death in the U.S. and around the world. It comprises several conditions, including 6 reviewed in this scientific statement: heart attack, heart failure, valve disease, stroke, heart rhythm disorders, and peripheral artery and vein disease.

“Symptoms of these cardiovascular diseases can profoundly affect quality of life, and a clear understanding of them is critical for effective diagnosis and treatment decisions. The scientific statement is a ‘state of the science’ compendium detailing the symptoms associated with CVD, similarities or differences in symptoms among the conditions, and sex differences in symptom presentation and reporting,” said Chair of the scientific statement writing committee Corrine Y. Jurgens, Ph.D., R.N., A.N.P., FAHA, an associate professor at Boston College’s Connell School of Nursing.

Due to their subjectivity, measuring symptoms is difficult.  Symptoms may go unrecognized or unreported if people don’t think they are important or related to an existing health condition. In addition, symptoms may occur without changes in disease progression, and disease state may also progress without symptoms.

“Some people may not consider symptoms like fatigue, sleep disturbance, weight gain and depression as important or related to cardiovascular disease,” said Jurgens. “However, research indicates that subtle symptoms such as these may predict acute events and the need for hospitalization. A broader definition of what constitutes an ‘important’ symptom is warranted.”

Some symptoms are common and well-recognized across many types of cardiovascular diseases, while other symptoms are uncommon. For example, chest pain is the most common and recognizable symptom of a heart attack. Less familiar symptoms, however, include shortness of breath, fatigue, sweating, nausea and lightheadedness.

“Establishing a baseline symptom profile for an individual and tracking symptoms over time may be helpful to detect changes and any progression of symptoms,” Jurgens said.

Heart attack is one of several conditions that falls under the broad category of acute coronary syndrome (ACS), a term that refers to any heart condition caused by sudden loss of blood flow to the heart. The most frequently reported symptom of ACS, particularly heart attack, is chest pain, often described as pressure or discomfort, and it may radiate to the jaw, shoulder, arm or upper back. The most common co-occurring symptoms are shortness of breath, sweating or a cold sweat, unusual fatigue, nausea and lightheadedness. These additional symptoms have often been referred to as “atypical,” however, a recent AHA presidential advisory explains that this label may have been due to the lack of women included in the clinical trials from which the symptom lists were derived. Women are more likely than men to report more symptoms in addition to chest pain.

Shortness of breath is a classic symptom of heart failure and a common reason that adults with heart failure seek medical care. However, early, more subtle symptoms should be recognized as signs to consult with a health care professional. These symptoms may include gastrointestinal symptoms such as upset stomach, nausea, vomiting and loss of appetite; fatigue; exercise intolerance (related to fatigue and shortness of breath); insomnia; pain (chest and otherwise); mood disturbances (primarily depression and anxiety); and cognitive dysfunction (brain fog, memory problems).

“Monitoring symptoms on a spectrum, versus present or not present, with reliable and valid measures may enhance clinical care by identifying more quickly those who may be at risk for poor outcomes, such as lower quality of life, hospitalization or death,” Jurgens said. “Ultimately, we have work to do in terms of determining who needs more frequent monitoring or intervention to avert poor heart failure outcomes.”

Heart valve disease is a common cause of heart failure and shares the symptom of shortness of breath. Problems with heart valves – the leaflet-like structures that control blood flow between the heart’s chambers – include narrowed or stiffened valves (stenosis), valves that close improperly (prolapse), allowing blood to flow backwards (regurgitation) or improperly formed valves (atresia).  In mild cases of valve disease people may have no symptoms for years, then develop progressively more symptoms similar to those associated with heart failure. Valve disease can also cause high blood pressure in the lungs, or pulmonary hypertension. One of the most serious and common forms of valve disease is aortic stenosis, which occurs when the aortic valve narrows and restricts blood flow from the heart.

Women with aortic stenosis more frequently report shortness of breath, exercise intolerance and physical frailty than men, and they are more likely to have lower scores on a standard classification system for heart failure, known as the New York Heart Association Functional Classification. Men with valve disease are more likely to report chest pain than women with valve disease.

A stroke occurs when a blood vessel to the brain is blocked or bursts and typically causes recognizable symptoms that prompt emergency help. To recognize stroke symptoms requiring immediate medical attention, the American Stroke Association recommends everyone remember the acronym F.A.S.T. for Face drooping, Arm weakness, Speech difficulty, Time to call 9-1-1. Other symptoms of stroke are confusion, dizziness, loss of coordination or balance and visual changes. Recognizing stroke symptoms is critical since immediate treatment may help prevent or reduce the chance of long-term disability or death.

Women experiencing a stroke are more likely than men to have other, less familiar symptoms in addition to the common ones. These symptoms include headache, altered mental state, coma or stupor. A stroke may also impair thinking, which may, in turn, impact the individual’s ability to recognize new or worsening symptoms.

After a stroke, some symptoms may linger and require continued care whether these symptoms require rehabilitation or become disabilities. Post-stroke screening should include assessment for anxiety, depression, fatigue and pain. Post-stroke pain may take months to develop, with most reports occurring at 4–6 months after a stroke.

Rhythm disorders, called arrhythmias, are often described as the feeling of an abnormal heartbeat or palpitations that may be irregular, fast, fluttering or halting. Other symptoms include fatigue, shortness of breath and dizziness, all of which are shared with other cardiovascular diseases. Less commonly, chest pain, dizziness, fainting or nearly fainting, and anxiety may occur in some people with heart rhythm disorders.

Peripheral artery disease, or PAD, affects the arteries in the lower extremities leading to  reduced blood supply to the legs. People with PAD may have no symptoms or may develop the classic symptom of claudication, which is pain in one or both calf muscles that occurs while walking and subsides with rest. However, pain in other parts of the legs and in the feet and toes are the most common symptoms of PAD rather than calf pain. PAD with symptoms is associated with an increased risk for heart attack and stroke, with men at higher risk than women.

“Measuring vascular symptoms includes assessing quality of life and activity limitations, as well as the psychological impact of the disease,” said Jurgens. “However, existing measures are often based on the clinician’s appraisal rather than the individual’s self-reported symptoms and severity of symptoms.”

Peripheral vein disease (PVD), like PAD, may cause no symptoms, or it may cause leg pain. Typical leg-related symptoms include leg pain and achiness, heaviness or tightness in the legs, fatigue, cramping, restless legs syndrome and skin irritation. In one study, adults younger than age 65 were more likely than older adults to report pain, heaviness, achiness and fatigue. Symptoms of vein disease sometimes occur even when there are no visible signs of the condition.

Sex differences in vein and artery disease are mainly seen among those with PAD. Women are more likely to report pain in other places than the calf muscle or no symptoms at all. Women’s symptoms are often complicated by the mistaken belief that PAD is more common among men or the symptoms are confused with those of other common conditions such as osteoarthritis. PAD is also more likely to progress quickly in women and affect quality of life.

Other factors that influence symptoms

National survey data shows that people with cardiac disease have about twice the rate of depression compared to people without any medical condition (10% vs. 5%). A 2014 American Heart Association scientific statement suggested depression should be considered a risk factor for worse outcomes after an acute coronary syndrome event or diagnosis.

The current statement highlights that people with persistent chest pain, people with heart failure, as well as stroke survivors and people with peripheral artery disease commonly have depression and/or anxiety. In addition, cognitive changes after a stroke may affect how and whether symptoms are experienced or noticed. The writing group advises regular  assessments of cognitive function and depression levels throughout the course of any cardiovascular disease because they have a strong influence on a person’s ability to detect symptoms and any changes in their condition.

“Symptom relief is an important part of managing cardiovascular disease,” said Jurgens. “It is important to recognize that many symptoms vary in occurrence or severity over time, that women and men often experience symptoms differently, and factors such as depression and cognitive function may affect symptom detection and reporting. Monitoring and measuring symptoms with tools that appropriately account for depression and cognitive function may help to improve patient care by identifying more quickly people who may be at higher risk.”

The Association receives funding primarily from individuals. Foundations and corporations (including pharmaceutical, device manufacturers and other companies) also make donations and fund specific Association programs and events. The Association has strict policies to prevent these relationships from influencing the science content. Revenues from pharmaceutical and biotech companies, device manufacturers and health insurance providers, and the Association’s overall financial information are available here. For more information on heart disease, visit the organization’s website,  www.heart.org.