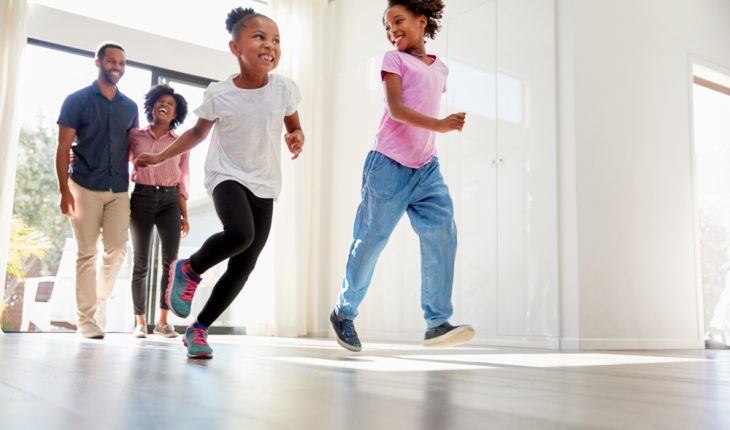 The historical discriminatory housing policies known as “redlining” are associated with heart disease and related risk factors today in impacted neighborhoods, even though it has been 60 years since they were banned,  according to a study published in the July 2022 issue of the Journal of the American College of Cardiology. Health disparities have been linked to a variety of socio-economic, environmental and social factors, and this study adds to growing evidence of the long-term cardiovascular impacts disparities can have on vulnerable populations.

“Redlining” is a term used to describe a multitude of discriminatory housing practices. Its origins are from a 1930s government program created during the Great Depression where the Home Owners’ Loan Corporation created maps of nearly 200 U.S. cities with ratings based on racial/ethnic composition, housing conditions and neighborhoods’ environments. The rated areas were color-coded based on potential lending risk as A (“best” or green), B (“still desirable” or blue), C (“definitely declining” or yellow) and D (“hazardous” or red). The D-rated neighborhoods were deemed “redlined” neighborhoods. These housing practices were outlawed in the 1960s, but their effects and other discriminatory practices have continued to shape current social and environmental structures over the past century, leading to widening health inequities.

“We already know historic redlining has been linked with modern-day health inequities in major urban areas, including asthma, certain types of cancer, preterm birth, mental health and other chronic diseases,” said Sadeer Al-Kindi, MD, cardiologist at University Hospitals Harrington Heart & Vascular Institute and Assistant Professor of Medicine at Case Western Reserve University in Cleveland and a senior author of the study. “While ours is the first study to examine the national relationship between redlined neighborhoods and cardiovascular diseases, it’s logical that many of the socioeconomic, environmental and social impacts of redlining on other areas of residents’ health outcomes would also be seen in heart disease.”

A previous study demonstrated that Black adults living in historically redlined areas had a lower cardiovascular health score than Black adults living in A-graded neighborhoods. The current study supports this finding and extends the demonstrated health inequality nationally, showing that redlining not only affects coronary artery disease, stroke and chronic kidney disease, but also is associated with an increased risk of “comorbidities,” meaning other potentially fatal diseases, and a lack of access to appropriate medical care.

The researchers used original Home Owners’ Loan Corporation (HOLC) graded data and calculated the percentage of intersection between each graded neighborhood boundaries and the 2020 U.S. Census tract boundaries. They excluded any census-tracts with less than 20% total area of intersection. The researchers used the graded intersections to generate a scale using their corresponding HOLC numeric scores (1-4 corresponding to A-D) and created a score that was transformed back into one of four categories: A (1), B (2), C (3) and D (4). The study defined redlined neighborhoods as D-graded census tracts and non-redlined neighborhoods as A- through C-graded census tracts.

The CDC PLACES database, which reports the prevalence estimates of census tract level health indicators, as well as census-tract level exposure of particulate matter and Diesel particulate matter from the Environmental Protection Agency’s 2021 environmental justice tool were used to calculate potential environmental confounders. Other outcome variables and assessments used included: markers of health care access, cardiometabolic risk factors and cardiometabolic outcomes. The researchers then linked HOLC graded census tracts with the prevalence of cardiometabolic indicators and calculated the average of each indicator across census tracts in each HOLC grade.

“We found neighborhoods with so-called better HOLC grades had higher cholesterol screening and routine health visits when compared to neighborhoods with worse HOLC grades. And the prevalence of adults 18 to 64 years old without health insurance nearly doubled from A through D-graded areas,” said Issam Motairek, MD, lead author of the study and a clinical research associate at University Hospitals Harrington Heart & Vascular Institute in Cleveland. “In each stepwise increase across the HOLC grading spectrum, from A to D, we also observed an overall increase in rates of diabetes, obesity, hypertension and smoking.”

According to the researchers, the association between redlining and the prevalence of cardiometabolic conditions further illustrates that historic redlining practices may impact contemporary cardiovascular outcomes by traditional and non-traditional factors. Residents of redlined neighborhoods, particularly minorities, are known to have lower access to public transportation, health care insurance and healthy food choices, which increases their risk for missed prevention and adverse health outcomes.

Disparities in environmental exposures and in socioeconomic attributes may help explain the poor health outcomes in redlined neighborhoods, which are often situated next to major sources of pollution and make residents more likely to experience the detrimental health effects from disproportionately higher exposure to air pollution, less green space and other environmental toxins. Residents of redlined neighborhoods also experience financial strain, dismantled communities and racial discrimination which may lead to increased stress and associated adverse health factors.

Study limitations include self-reported health outcomes in the CDC PLACES database, which may be mischaracterized. The study was also unable to measure confounders such as behavioral and genetic factors. The definition of redlining census tract boundaries has also not been standardized across studies.