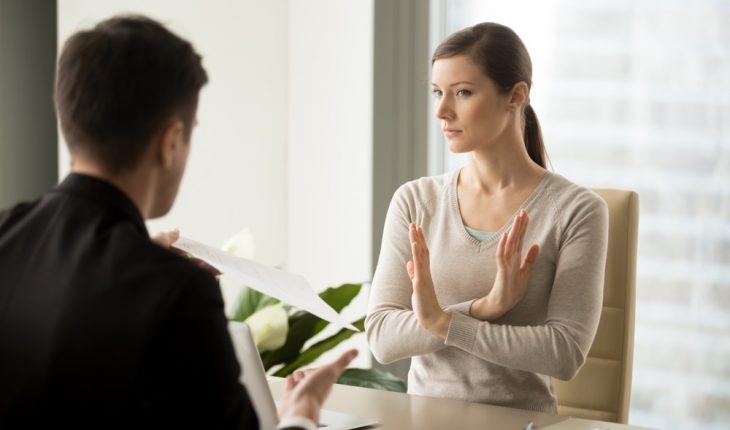 The Power of "No"

Take a look at any child in or around their terrible twos and you’ll notice one habit worth borrowing: they say no with absolute clarity.

Tell them they can’t do something alone? “No, I can do it myself!” Tell them to stay safe? “No!” Tell them to go somewhere, do something, or be anything other than themselves, and the answer is the same ­– No. Somewhere along the way, we shut down this superpower. Reflect on the last few times you said yes to something. Can you remember why you agreed? Saying yes is often a way to please others – it stems from a faulty assumption that we need to be the hard-working, non-confrontational, yes (wo)man. Without practice, saying no flips our FOMO (Fear of Missing Out) switch, making us afraid that we’ll miss out if we say no to the very things that will either take us over the proverbial edge or that really aren’t that important to us in the first place.

“Think of saying no as a growth strategy for getting more of what you want in your life, not less.”

I want you to try something. Consciously shift your mindset about what the word “no” means to you. Think of saying it as a growth strategy for getting more of what you want in your life, not less. It’s a strategy based on your ability to assess the loss of potential gain from one thing when you say “yes”to another—the very definition of an opportunity cost. It’s saying “no” to happy hour to say “yes” to investigating a side passion after work.

When an entrepreneur says “no” to strategies that don’t align with business objectives or values, she is saying “yes” to the reach goals.

Sometimes, however, the rationale refusal is not that clear or risks hurting someone’s feelings. That’s when we either don’t think hard enough about saying no (it’s easier not to), or we convince ourselves that it’s just not worth it.

Robert was poised to be CEO of a large and growing company. He had no previous leadership training and was easy to work with, engaging and absolutely drinking in all the leadership wisdom I could share as a coach. I knew he could successfully lead this company to even greater heights. Robert and I met when he chose me as his coach at a high-level immersive leadership experience. The agreement was that we would work together for three sessions, and he could choose to hire me for more. Everything was aligned for a long and fruitful working engagement. And then I listened to that small, still voice inside me. You know the one. The internal voice that said that something was off. The one that said that while he, as an individual, was awesome, the work he did—leading a company involved in fracking—was not in alignment with my values. I only have so much time and energy to share and I see my coaching work as being amplified through the work of my clients. Was fracking the work I wanted to amplify? I wrestled with the decision because I liked Robert and knew I could help him. I also knew he would be hurt. That small voice asked me to check for alignment.

The alignment, that is, of my core values with this lucrative engagement with someone who I liked.  I knew the answer. I disengaged from the work. It may have been the hardest professional decision I’ve made. But it also defined me—to myself and now, to you. Saying no strategically refined my work and actually opened up space that became filled by another awesome leader, this one committed to work that aligns with my values.

Any way you slice it, saying “no” is just plain hard. But it is strategic. And it is the only way to make room for the things that will enable you to create your version of a life well lived. Here’s how to start:

Consciously Curate Your Commitments – Every time you are about to say “yes to something, think about what that choice is, in effect, having you say no to. Try this for a month and you’ll see how strategic saying “no” can be.

Take back your childhood superpower and use “no” as a strategy for success and fulfillment.

Barbara Waxman is a gerontologist, leadership coach, and speaker whose insights are illuminating a crucial stage in our personal and professional lives: Middlescence, between ages 45 and 65. Click here to learn more about her work and her upcoming event, The Consciously Curated Life, in February 2019.