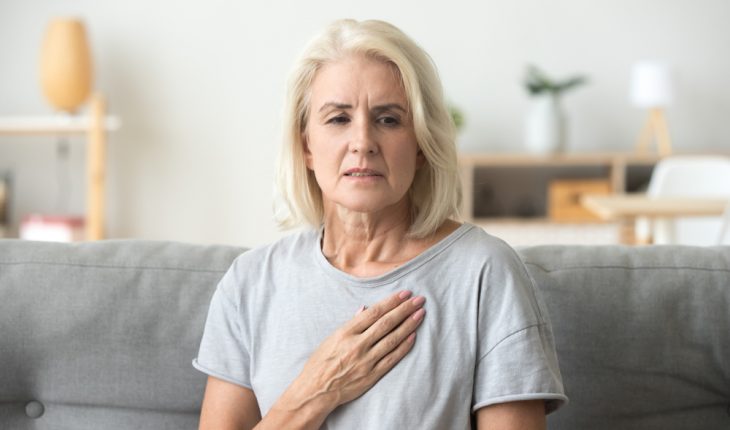 More than 40% of adults ages 50 to 64 years in Sweden without known heart disease were found to have some degree of atherosclerosis, according to a new study published this month (September 2021) in the American Heart Association’s flagship journal Circulation.

Atherosclerosis, or the buildup of fatty deposits in blood vessels that supply blood to the heart, is a major cause of heart attacks. A widely used approach to screen people who are at risk for heart disease but who do not yet have symptoms is cardiac computed tomography, commonly known as a cardiac CT scan, for coronary artery calcification (CAC) scoring. The scan creates cross-sectional images of the vessels that supply blood to the heart muscle to measure the presence and density of calcium-containing plaque in the coronary arteries. Based on these scans, individuals are given a CAC “score” to estimate their risk for or extent of coronary artery disease. This score can be 0 to over 400. A CAC score of 400 or higher is associated with a high risk for having a heart attack, stroke or dying from either one within the next 10 years. However, CAC scoring can miss a percentage of people who are at risk for heart attack even though they have a zero CAC score.

“Measuring the amount of calcification is important, yet it does not give information about non-calcified atherosclerosis, which also increases heart attack risk,” said study author Göran Bergström, M.D., Ph.D., professor and senior consultant in clinical physiology in the department of molecular and clinical medicine at the University of Gothenburg’s Institute of Medicine in Gothenburg, Sweden.

Bergström and colleagues randomly recruited participants aged 50 – 64 years old from the Swedish census register from 2013 to 2018 as part of the Swedish CArdioPulmonary BioImage Study (SCAPIS). They report on data from 25,182 participants with no history of a prior heart attack or cardiac intervention who underwent both CAC scans and coronary computed tomography angiography (CCTA) scans . CCTA is a radiologic technique that gives a very detailed image of the inside of the arteries that supply the heart with blood. The researchers wanted to determine the prevalence of atherosclerosis in the general population without established heart disease, and how closely the CCTA findings correlated to CAC scores.

CCTA detected some degree of atherosclerosis in more than 42% of the study participants.

CCTA found that in 5.2% of those with atherosclerosis, the build-up obstructed blood flow through at least one coronary artery (out of three) by 50% or more.

In nearly 2% of those found to have artery build-up, the atherosclerosis was even more severe. Blood flow was obstructed to the main artery that supplies blood to large portions of the heart, and in some cases, all three coronary arteries were obstructed.

Atherosclerosis started an average of 10 years later in women compared to men.

Of those with a CAC score of more than 400, nearly half had significant blockage, where more than 50% of the blood flow was obstructed in one of the coronary arteries.

In those with a CAC score of zero, 5.5% had atherosclerosis detected by CCTA, and 0.4% had significant obstruction of blood flow.

The AHA/ACC guideline Bergström mentions does not address the use of CCTA in heart attack prevention.

“It is important to know that silent coronary atherosclerosis is common among middle-aged adults, and it increases sharply with sex, age and risk factors,” according to Bergström. “A high CAC score means there is a high likelihood of having obstruction of the coronary arteries. However, more importantly, a zero CAC score does not exclude adults from having atherosclerosis, especially if they have many traditional risk factors of coronary disease.”

A limitation of the study is that it lacks follow-up information about how cardiovascular heart disease develops in this population.