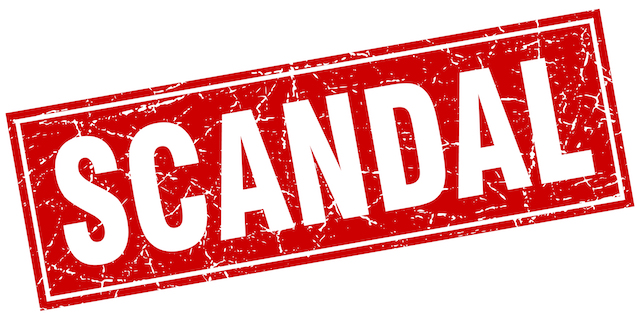 An investigation by The BMJ reveals how vaginal mesh implant manufacturers “aggressively hustled” their products into widespread use, how regulators approved them “on the flimsiest of evidence” and how the medical profession failed to set up registries that might have picked up problems far sooner.

A release from the publisher note that the article also names prominent individuals – all on mesh guidelines committees – who take money from mesh manufacturers for various activities including research grants, speaker honorarium and consultancy, as do the medical royal colleges, creating a potential for bias. And even where payments are declared, it is very hard to unpick their value, and there is no obligation on clinicians to declare their interests.

Vaginal mesh implants were introduced in 1998 as a quick and easy way to treat stress urinary incontinence and pelvic organ prolapse in women. Twenty years on, their use in the NHS is suspended pending the findings of a major government review – and companies are facing tens of thousands of compensation claims.

In a series of special reports published today, Gornall charts the rapid rise of mesh in the UK and tracks down some of the doctors who warned of the consequences of mass launching a product on flimsy evidence.

He also tracks the failure of the surgical profession to register patients getting mesh implants, despite warnings from NICE and others dating back to 2003.

It wasn’t until February 2018 that Jeremy Hunt, the former health secretary, announced that his department would be investing £1.1m “to develop a comprehensive database for vaginal mesh to improve clinical practice and identify issues.” If all of [these warnings] had been heeded, “today’s mesh crisis might have been largely averted,” argues Gornall.

In a second report, Gornall goes in search of Ulf Ulmsten, the Swedish obstetrician who invented mesh, and uncovers how the original evidence was mired in a multimillion pound deal, industry funded research, and undisclosed conflicts of interest.

Gornall describes how, in March 1997, Ulmsten was paid $1m by global medical giant Johnson and Johnson ahead of a study to test the effectiveness and safety of his new tension-free vaginal tape (TVT) procedure.

While Johnson and Johnson deny allegations that the payment was conditional on the study proving successful, and rejected any suggestion that this had compromised the results of that trial, Gornall questions whether this was ‘wallet driven’ research.

Finally, Gornall reports on the NHS surgeons, professional bodies, royal colleges and medical conferences that benefit from corporate funding and how this financial involvement is hidden from patients. He describes how, despite government guidance on conflicts of interests, it remains difficult to unpick industry funding of clinicians in the UK – and specialists in vaginal mesh are no exception.

But it isn’t only individual clinicians who have financial links with industry, says Gornall, who cites links between some of the leading mesh device companies and several royal colleges, including the Royal College of Surgeons and the Royal College of Obstetricians and Gynaecologists.

The UK Pelvic Floor Society, whose members use synthetic meshes for prolapse and incontinence surgery, is also supported by Shire, Cook Medical, Medtronic, THD, and BK Medical, he adds.

But regardless of the perceived or actual effect of such extensive industry influence within specialist branches of the medical profession, none of this information is freely or easily available to the public in the UK, argues Gornall.

The UK trails far behind the US in putting the relationship between doctors and industry in plain sight, he writes. Without legislation, he believes that “it is all too easy for patients to draw conclusions harmful to public confidence in the healthcare system.”

In an editorial, Chris Allan and colleagues at Newcastle University warn that Europe’s new device regulations “will fail to protect the public, unless they are reinforced.”

They argue that the new rules, which come into force on 26 May 2020, “require further tightening to protect public safety.” At the very least, for all high risk devices, national authorities such as Medicines and Healthcare products Regulatory Agency (MHRA) in the UK “should take over conformity assessments to reduce commercial conflicts of interest,” they write.

Dr Fiona Godlee, The BMJ‘s Editor in Chief and Professor Carl Heneghan of Oxford University’s Centre for Evidence Based Medicine, say the postmarketing assessment of vaginal mesh has been “a shameful episode in the history of implantable devices.”

Surgeons, manufacturers, regulators, and governments have all played their part in this failing, they write in an editorial. “Mandated national registries are needed for all implantable devices, to protect patients, improve outcomes, reduce costs, and identify best practice. Another mesh tragedy is otherwise inevitable.”