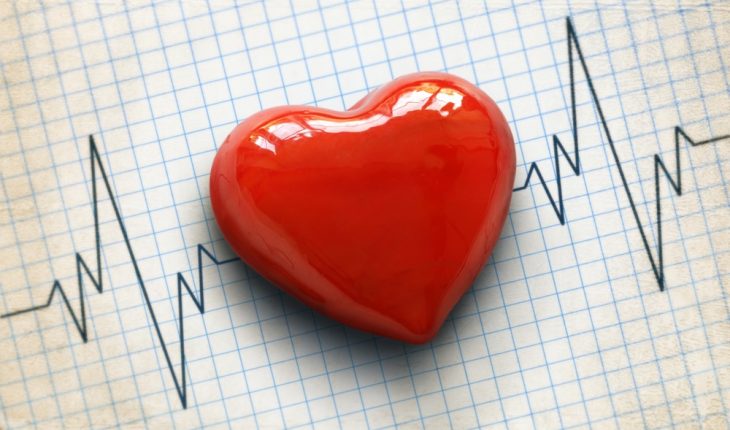 Scientific research is the cornerstone for medical care and innovations that have resulted in improved health and longer life for many. The American Heart Association, one of the top funders of heart- and stroke-related research worldwide, has compiled an annual list of major advances in heart disease and stroke science since 1996. Here are the biggest scientific victories achieved in 2019, grouped into 10 subject areas, as determined by the Association’s volunteer leadership.

“Numerous research findings in 2019 yielded critical new information that builds on our vast, existing knowledge of cardiovascular disease – unfortunately, the leading cause of death worldwide. Scientific research and discovery are essential to improving our understanding of the intricacies of how the heart supports, impacts and interacts with every other part of the body, thus improving health outcomes and reducing deaths due to cardiovascular disease,” said Mariell Jessup, M.D., the Association’s chief science and medical officer. “We are proud that since our founding in 1949, the American Heart Association has invested more than $4.5 billion – we are the largest not-for-profit funder of scientific research outside of the U.S. federal government. We remain steadfast in our commitment to innovations and advances through our various programs, including research funding and scientific publishing and education, that ultimately can lead to longer and healthier lives for millions.” Here are the top discoveries:

Pulmonary hypertension is a rare form of high blood pressure that occurs when vessels carrying blood from the heart to the lungs become hard and narrow. While this rare condition has recently become more common, new research this year has helped reveal how this disease works.

One study, published in the American Journal of Respiratory and Critical Care Medicine, found that pulmonary hypertension patients had lower than normal levels of a protein known as BMP9. Researchers also noted that low levels of BMP9 may be a potential mechanism by which some people genetically inherit the disease.

Another study, published in the Association’s journal Circulation, explained how a gene that provides protein production instructions known as BOLA3 plays a crucial role in the disease, opening the door for potential therapies in the future.

Familial hypercholesterolemia is a condition where people are born with high levels of LDL cholesterol, which can cause heart attacks starting at an early age. A long-term study published in the New England Journal of Medicine examined if cholesterol-lowering statins help children with the condition. Researchers compared the cardiovascular outcomes over 20 years of 214 patients with familial hypercholesterolemia to their 156 parents and found that statin therapy beginning at a young age:

reduced incidence of cardiovascular events from 26% to 1% at age 39, and,

reduced death from cardiovascular causes from 7% to 1% at age 39.

OLDER WOMEN NEED PHYSICAL ACTIVITY – AND EVEN A LITTLE HELPS

Regular physical activity is key to improving heart health for people of all ages. Among older women, two studies found reducing sedentary time improved outcomes. A study in Circulation examined the effect of sedentary behavior in a group of women with an average age of 79. It found reducing sedentary time by just one hour each day equated to a 26% lower risk of heart disease and a 12% lower risk of cardiovascular disease overall. Notably, the physical activity didn’t have to happen all at once – it could be accumulated throughout the day.

Another study, in JAMA Network Open, suggested women who engaged in light physical activity, such as gardening or walking, had a 42% lower risk of heart attack or coronary death than the least-active women. The average age of women in the study was also 79.

The importance of keeping blood pressure within a normal range is well established, but improved treatment options and recommendations are still needed. Research published in the European Heart Journal found that people who took their blood pressure medication at bedtime had a 45% lower risk of heart attack, stroke or other cardiovascular problem. 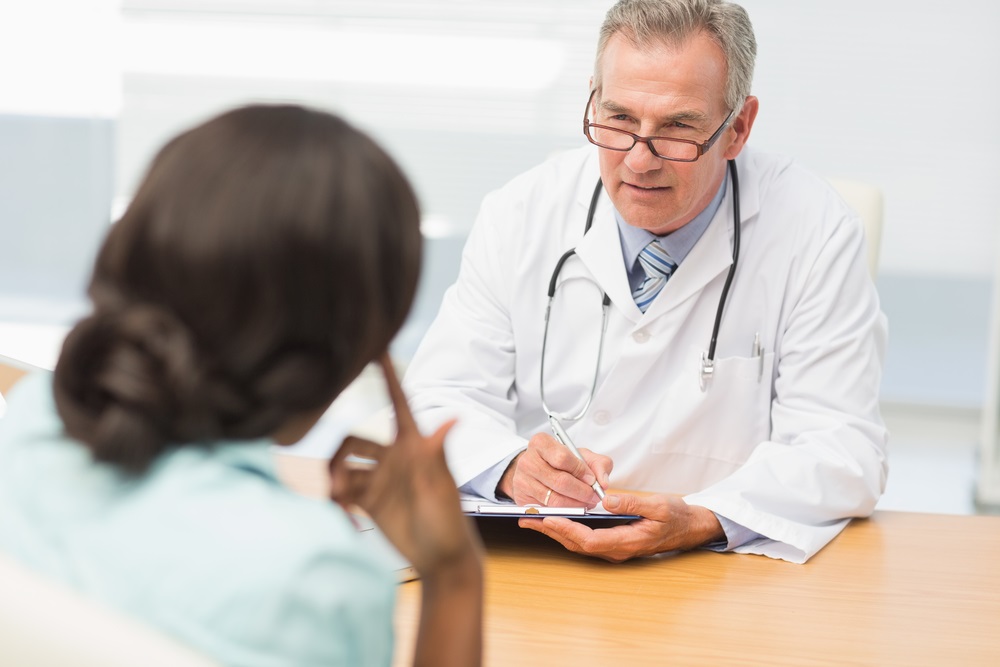 RESEARCH WITH PRACTICE-CHANGING RESULTS THAT CAN CHANGE LIVES

The following studies are leading to shifts in care that the American Heart Association’s selection committee called “momentous for our patients:”

A STEMI heart attack happens after a coronary artery is completed blocked. It’s commonly treated with a procedure known as coronary angioplasty, or percutaneous coronary intervention, which involves inserting a thin tube to open the clogged artery. A study published in the New England Journal of Medicine found that when doctors cleared multiple arteries entirely, patients had a 32% lower risk of another heart attack, compared to the patients treated with only clearing the blocked artery that caused the heart attack.

People with Type 2 diabetes may be treated with the medication dapagliflozin to lower blood sugar levels. In a New England Journal of Medicine study, researchers reported that dapagliflozin kept heart failure from worsening and also reduced the risk of death from overall cardiovascular causes.

‘Siri, do I have AFib?’ A smartwatch was able to warn about atrial fibrillation, a type of irregular heartbeat, according to a study published in the New England Journal of Medicine. The study, which involved about 419,000 Apple Watch users, found the device accurately detected the condition in more than one-third of the participants who received notifications of an irregular pulse.

When someone has an ischemic stroke – the most common type, where a vessel supplying blood to the brain is blocked – fast treatment to inject the clot-busting medication alteplase is considered essential. Generally, it has been thought alteplase needed to be administered within 4-1/2 hours of the onset of stroke symptoms. However, a study in the New England Journal of Medicine suggests some patients might be helped even if they receive the medication up to 9 hours after symptoms begin.

Aortic stenosis is a common and serious heart valve disease. Treatment options include surgery to replace the faulty valve or a minimally invasive approach called transcatheter aortic valve implantation or replacement, also known as TAVI or TAVR. In TAVR, a replacement valve is inserted via a thin tube and wedged in place above the old valve. Researchers published findings in the New England Journal of Medicine that showed people with severe aortic stenosis at low surgical risk who had TAVR had lower odds of stroke, rehospitalization and death, compared to those who had traditional surgery.

DANGERS FOR KIDS AND WOMEN AFTER PREGNANCY

According to an analysis published in the Journal of the American College of Cardiology, children exposed to secondhand smoke from their parents were at a higher risk for atrial fibrillation (AFib), a type of irregular heartbeat. For every pack-a-day increase in parental smoking, their children were 18% more likely to develop AFib.

Gestational diabetes, diabetes that develops during pregnancy, might signal future health problems in African American women, according to a study published in the journal Circulation: Cardiovascular Imaging. Among women who reported a previous pregnancy complication, those who had gestational diabetes were most likely to have coronary artery disease visible on an angiogram. These women were also more likely to have Type 2 diabetes. A commentary on the study said that the findings “highlight the importance of asking black women about their pregnancy history and incorporating such history into risk assessment and medical care, especially for those with history of gestational diabetes mellitus.”

Two human genome studies offered new insights into venous thromboembolism, or VTE, and peripheral artery disease, or PAD. VTE, a condition where blood clots start in the vein, affects 300,000 to 600,000 Americans each year. A study published in Nature Genetics examined DNA from more than 650,000 people and found 22 new regions of the human genome that correspond with VTE, a potentially fatal condition.

People with PAD experience a narrowing of the peripheral arteries serving the legs, stomach, arms and head, which can lead to infection and death of body tissue. In a Nature Medicine study, researchers who tested DNA from more than 637,000 people identified 18 new parts of the genetic code associated with PAD.

A NEW UNDERSTANDING OF HEART FAILURE

*Single-ventricle physiology results from a congenital heart defect. In children born with this syndrome, the pulmonary valve does not form correctly and is sealed, and/or the right ventricle is malformed, meaning blood is unable to flow from the heart into the pulmonary artery and on to the lungs for oxygen. A form of open-heart surgery known as the Fontan procedure – where the blood flow is rerouted directly to the lungs – is sometimes used to treat it. However, the Fontan procedure can lead to multiple complications including deterioration of cardiovascular efficiency, which is associated with a reduced tolerance for physical activities and exercise. The results of a clinical trial published in Circulation found that teenagers who received the Fontan procedure as infants saw improvements in exercise performance after taking the medication udenafil, compared to those who received a placebo.

Cardiac fibrosis, or scarring, is associated with nearly all forms of heart disease. A mouse study in Nature suggests engineered T cells – a type of white blood cell that’s part of the immune system – could be used to treat and reduce scarring in the heart.

“The idea that cardiovascular disease, the first cause of death in the U.S. and worldwide, could be cured by instructing T cells to kill detrimental cells is revolutionary,” Dr. Chiara Giannarelli, a cardiologist at Mount Sinai School of Medicine in New York, told The Scientist, although she noted more research is needed before it could be used to treat people.

Courtesy of the American Heart Association. Click here to learn more about the organization’s efforts to fight heart disease.