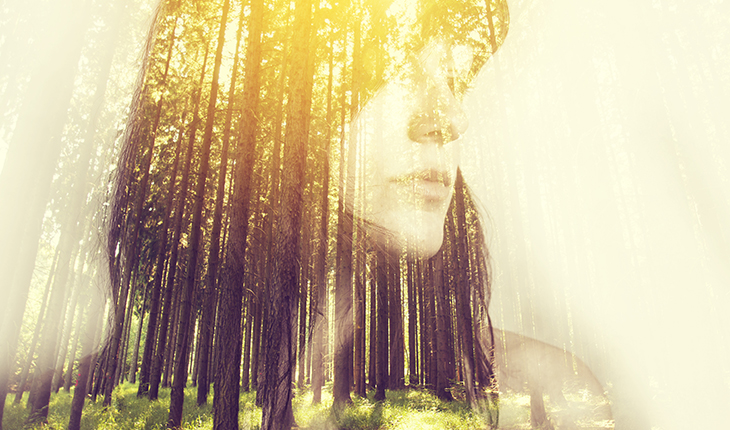 Trade in Your Meds for Mountains with Forest Bathing

Over 4.5 billion prescriptions are written in the US every year, a staggering number that’s been climbing for over a decade.

While many of these medications save lives, they also come with a host of less desirable consequences: sky-high price tags, risk of addiction, and uncomfortable side effects. In hopes of protecting their patients from the negative side of prescriptions, an increasing number of American doctors are turning to the Japanese practice of shinrin-yoku, or forest bathing, for inspiration. The result is a new kind of prescription, a literal walk in the park…on doctor’s orders.

Shinrin-yoku, the practice of mindfully spending time in the forest, started gaining ground in mainstream Japanese culture in the 1980’s.

But it’s roots stretch back far earlier than that. The idea that the human body is closely connected to the natural world—and can benefit simply by existing in it—can be found in the medical traditions of cultures around the globe. Both Traditional Chinese Medicine (TCM) and Ayurveda incorporate a version of earth-body connection in their teachings, and many other cultures encourage sun-baths, moon-baths, or river cleanses to heal a variety of ailments.

When the Japanese government saw levels of stress-related illnesses like anxiety and high blood pressure creeping up along with the rise of modern technology, they made shinrin-yoku a part of their national health program.

The move was ahead of its time: the World Health Organization reports that depression and other serious mental health disorders are on the rise in 2018, and that one in four people will be affected by a mental illness in their lifetime.

Scientific research provides solid support for the benefits of forest bathing. A forest walk is known to cause a greater drop in stress hormones and blood pressure compared to a similar stroll in the city. And much like aromatherapy, the scents of the forest can have a therapeutic effect on mood, blood pressure, and muscle tension. Other areas being explored by researchers include a link between forest bathing as a treatment for lung ailments, and the healing audio of birdsong. [Link to: TA article on birdsong]

Simplicity is a large part of forest bathing’s appeal.

Unlike other treatments that require expensive medications, trips to the doctor’s office, and risk unwanted side effects, forest requires, well…nothing. The whole point of forest bathing is to unplug and unwind, and simply be in nature. However for some, accessing nature isn’t as easy. For low income families living in urban centers, travelling to a forest might be an arduous or impossible task. For others with disabilities, physical access to outdoor areas may be a barrier to participation in forest bathing. These facts highlight that while forest bathing may be more accessible than a $3,000/month medication, it still is not the “magic pill” for everyone.

Another great thing about forest bathing is that you don’t need a prescription to try it out.

Simply walk into a park, forest, or other natural landscape, turn off your devices, and open your senses to the beauty of nature that is unfolding before you.