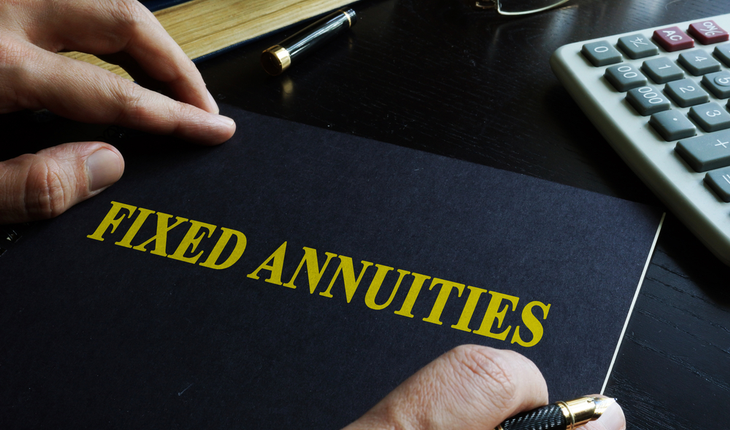 Waiting for Higher Annuity Rates Is Unlikely to Pay Off

Is it a smart move to hold off buying a fixed-rate annuity because the Federal Reserve is raising short-term interest rates?

It may seem reasonable, but it’s usually not a good idea. Annuity rates aren’t likely to rise as a direct result of the Fed’s hikes. Meanwhile, you’re getting a lower rate in a money market fund or a bank account.

While the Fed’s moves determine short-term rates, they have far less of an influence on longer-term rates, economists agree.

Annuity rates generally don’t track the Fed funds rate. Fixed annuity rates do correlate somewhat with the yield on the 10-year Treasury bond, and that rate is not closely tied to short-term rates.

Many potential buyers don’t know that. They say something like, “The Fed is raising interest rates, so I’m going to hold off on buying a fixed annuity until higher rates are available.”

Fixed-rate deferred annuities act much like certificates of deposit. They offer a set rate of interest for a specified term, anywhere from three to 10 years, plus tax deferral.

Fernando Martin, senior economist with the Federal Reserve Bank of Saint Louis, has done extensive research on how much impact short-term rates have on long-term rates.

Rates on longer-term corporate bonds that insurers routinely invest in to back annuities also do not move in lockstep with the federal funds rate. Their rates are more closely related to yields on Treasuries of similar duration. Because long-term rates have increased over the last two years, annuity rates have already increased gradually.

Rates are quite attractive today.

For instance, a saver can get up to 4.30 percent for a 10-year guaranteed annuity.  For seven years, up to 4.19 percent is available. The top five-year annuity pays 4.00 percent, according to AnnuityAdvantage’s extensive fixed annuity database.

According to CD-comparison sites, the best current rate on a five-year bank CD is 3.00 percent. The top five-year annuity pays a startling 33 percent more, tax-deferred.

Besides offering a great way to have your nonqualified savings grow while guaranteeing your principal and interest, fixed annuities are also an attractive option for IRAs and Roth IRAs.