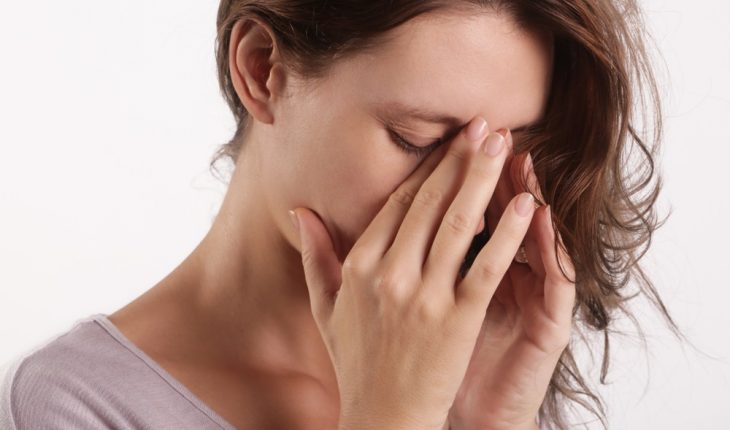 What You Need to Know about Sinus Infection

The fall months are upon us, and that means that the potential for seasonal allergies, runny noses and sinus infections increases.

Sinus infections happen when fluid builds up in the air-filled pockets (sinuses) in the face. This allows germs to grow. Viruses cause most sinus infections, but bacteria can also be the culprit.

However, Jessica Grayson, M.D., an assistant professor with the University of Alabama at Birmingham Department of Otolaryngology, said that many people confuse sinus infections for sinus pressure.

“When people say they have sinus pressure, they may mean nasal congestion,” Grayson said in a news story released by UAB. “Bilateral congestion could mean a person has a viral infection or an allergic reaction. Viral infections don’t pick and choose a side.”

Grayson adds that people who live in more humid climates — like the South — tend to suffer more from seasonal allergies because the humidity allows more fungus to grow, and long growing seasons allow for other trees, grasses and weeds. Living in cities can also affect people with allergies due to dust mites.

“If your sinus pressure is isolated, you might have a bacterial infection,” she explained in the story, written by Adam Pope. “That’s when you really should go see a doctor. With a virus, you just have to let it run its course.”

Some people do get repetitive events, and people who work with small children, such as teachers or day care workers, are more likely to get recurrent viral infections.

“I’ve had patients before who say they had a cold, felt better after 10 days, then they felt like they were hit by a ton of bricks,” Grayson said. “For adults, these events can be really difficult, especially missing work, not sleeping well and having other outside responsibilities. This is another situation where you should seek out your doctor.”

Grayson adds that people with airway inflammation and allergic conditions are more prone to have sinus complaints and can also suffer from sinus infections as well.

One expert’s opinion: “Get vaccinated. Even if you don’t get the flu, it can help with severity of symptoms”

She adds that a true bacterial infection requires antibiotics. However, taking too many antibiotics can have other effects on the immune system.

“One of the things researchers have found is an overuse in antibiotics in children with allergies,” Grayson said. “This kills off gut flora or good bacteria. When you kill off good bacteria, those children tend to have more seasonal and food allergies. In the long term, treating every viral event with antibiotics can result in negative effects, but using them appropriately for bacterial infections will not increase your risk of allergies.”

She also says doctors will often give steroids to people at the same time as antibiotics so people will be able to breathe and feel better.

For nasal congestion, Grayson says, decongestants such as Afrin have to be used appropriately — for example, at night and for no more than three or four days in a row.

“After three days of use, you run the risk of getting rebound congestion,” she said. “This starts a vicious cycle of becoming addicted to using the product.”

For viral infections, Grayson says that using saline irrigation or a neti pot (below) can help with washing out the nasal cavity. However, for the first few days of infection, it is ineffective because the nose is too swollen. Using nasal steroids like Flonase can help alleviate inflammation as well. 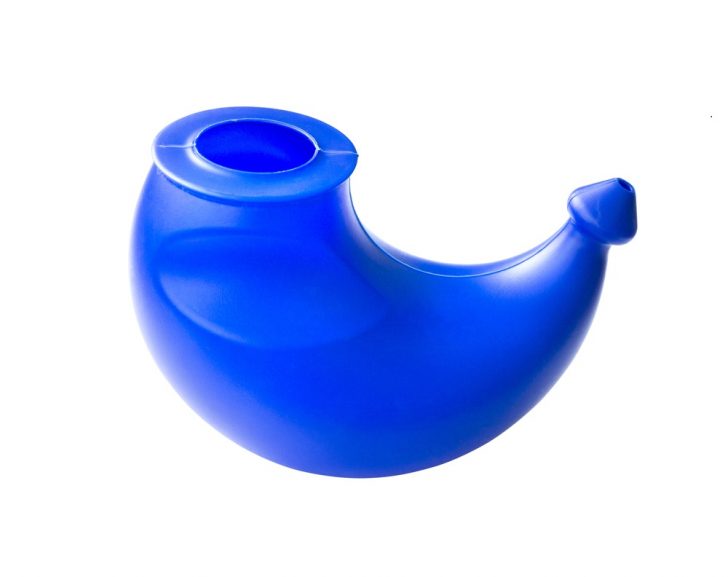 Flu season begins typically in late September and early October and lasts until March or April. As people gear up for flu, Grayson said, there are many practical ways to protect yourself — whether you have sinus infections or not.

“Get vaccinated,” she says. “Even if you don’t get the flu, it can still help with the severity of the symptoms.”

Normal hygiene habits like washing your hands and avoiding those who are coughing and sneezing can help prevent germs from spreading.

“From a more homeopathic perspective, there is some evidence that people who consume cruciferous vegetables like broccoli, Brussels sprouts, collards, kale and cauliflower are more likely to prevent viral infections,” Grayson says. “Having a smoothie with kale or a side of broccoli can go a long way.”

Grayson says that some people can lose their sense of smell after a cold or bacterial infection.

“That’s a worthwhile reason to go see your doctor,” she said.