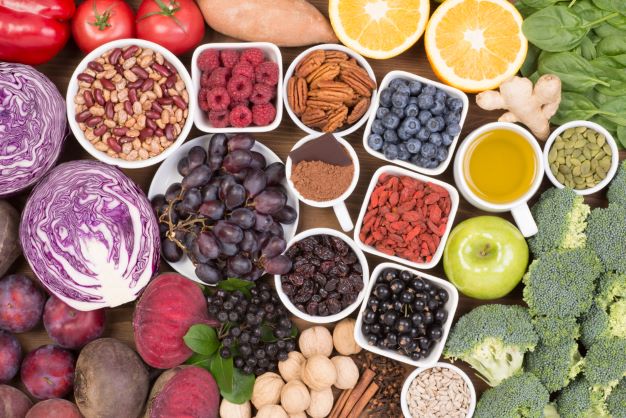 Which micronutrients are best?

We know that healthy diets are rich in antioxidants like amino acids, omega-3 fatty acids and vitamin C, but exactly how beneficial these micronutrients are for heart health has long been controversial.

Now a new meta-analysis published in the Journal of the American College of Cardiology provides some clarity.

According to a news release from the American College of Cardiology (ACC), researchers systematically reviewed a total of 884 studies available to date on micronutrients taken as dietary supplements and analyzed their data. They identified several micronutrients that do reduce cardiovascular risk—as well as others that offer no benefit or even have a negative effect. More than 883,000 patients were involved in the combined studies.

“For the first time, we developed a comprehensive, evidence-based integrative map to characterize and quantify micronutrient supplements’ potential effects on cardiometabolic outcomes,” said Simin Liu, MD, MS, MPH, ScD, professor of epidemiology and medicine at Brown University and a principal investigator for the study. “Our study highlights the importance of micronutrient diversity and the balance of health benefits and risks.”

The findings could be used as the basis of future clinical trials to study specific combinations of micronutrients and their impact on cardiovascular health, he said.

Antioxidant supplementation has long been thought to play a role in heart health. That’s because these nutrients work to reduce oxidative stress, a known contributor to many cardiovascular diseases. Heart-healthy diets like the Mediterranean diet and the Dietary Approach to Stop Hypertension (DASH) feature foods that are naturally rich in antioxidants. However, results from studies of antioxidant supplements have been inconsistent—one reason why this approach hasn’t yet been widely adopted in preventative cardiology.

“Research on micronutrient supplementation has mainly focused on the health effects of a single or a few vitamins and minerals,” Liu said, according to the ACC news release. “We decided to take a comprehensive and systematic approach to evaluate all the publicly available and accessible studies reporting all micronutrients, including phytochemicals and antioxidant supplements and their effects on cardiovascular risk factors as well as multiple cardiovascular diseases.”

According to the researchers, the findings point to the need for more personalized, precision-based dietary interventions that involve specific combinations of beneficial supplements. Further study is needed, including large, high-quality interventional trials to investigate the long-term effects of certain micronutrients on health.

“Identifying the optimal mixture of micronutrients is important, as not all are beneficial, and some may even have harmful effects,” Liu said.