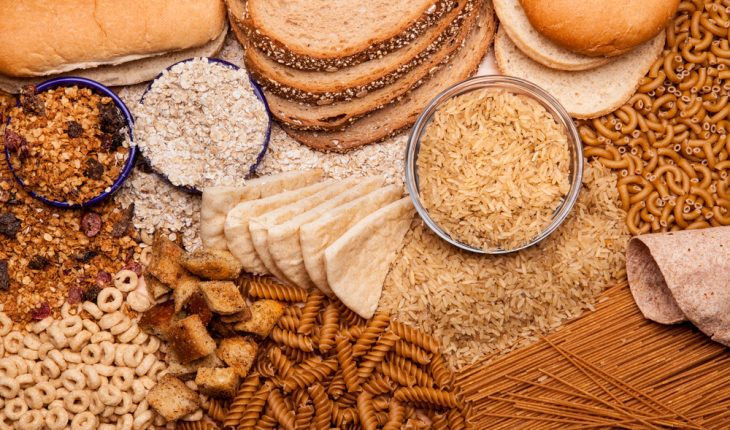 It doesn’t matter if it’s rye, oats, or wheat. As long as it is wholegrain, it can prevent type 2 diabetes. This is the finding of a 2018 study from researchers at Chalmers University of Technology, Sweden, and the Danish Cancer Society Research Center. The comprehensive study is a strong confirmation of previous research findings on the importance of whole grains for prevention of type 2 diabetes.

A release from the university explains that the ability to use wholegrains for prevention of type 2 diabetes – previously sometimes known as adult-onset diabetes – has been known for a long time. But the role of different wholegrain sources has not been investigated. It has also been unclear how much wholegrain is needed to reduce the risk of developing diabetes.

The release quotes Rikard Landberg, Professor in Food and Health at Chalmers University of Technology, and senior researcher on the study, as saying, “Most studies similar to ours have previously been conducted in the USA, where people mainly get their wholegrain from wheat. We wanted to see if there was a difference between different cereals. One might expect there would be, because they contain different types of dietary fibre and bioactive substances, which have been shown to influence risk factors for type 2 diabetes.”

The study was conducted in Denmark, where there is a big variation in wholegrain-intake. The study showed that it made no difference which type of wholegrain product or cereal the participants ate – ryebread, oatmeal, and muesli, for example, seem to offer the same protection against type 2 diabetes.

What is more important is how much wholegrain one eats each day – and the study also provides important clarification to the scientific knowledge when it comes to daily dosages.

The participants were divided into 4 different groups, based on how much wholegrain they reported eating. Those with the highest consumption ate at least 50 grams of wholegrain each day. This corresponds to a portion of oatmeal porridge, and one slice of rye bread, for example.

Additionally, the study was uncommonly large, with 55,000 participants, over a long time span – 15 years.

“Our results are in line with dietary advice, which recommends switching out foods containing white flour for wholegrains,” says Rikard Landberg. “You get extra health benefits – white flour has some negative effects on health, while wholegrain has several positive effects, beyond protection against type 2 diabetes.”

Wholegrains are defined as consisting of all three main components of the grain kernel: endosperm, germ, and bran. Those who avoid all cereals, in an attempt to follow a low carb diet, therefore lose out on the positive health effects of wholegrain, which come principally from the bran and the germ. Rikard Landberg thinks that cereals, and carbohydrates in general, should not be avoided in diet.

“Carbohydrates are a very varied group of foodstuffs, including sugar, starch, and fibre. We should discuss these more individually, and not throw them together in one group, because they have totally different effects on our physiology and health. When it comes to wholegrains, the research results are clear: among the many studies which have been made, in varied groups of people around the world, there hasn’t been a single study which has shown negative health effects.”

Wholegrains consist of all three main components of the grain kernel: endosperm, germ and bran. It can be both loose grains, and wholegrain flour. Grains such as oatmeal and rye, wheatberries, bulgur, and wholegrain couscous are all wholegrains. In bread and pasta, the wholegrain content can vary. Common cereals include wheat, rye, oats, corn, maize, rice, millet and sorghum.

Swedish dietary advice is to eat around 70g of wholegrain a day for women, and 90g a day for men. Some examples of how much wholegrain different foods contain:

More on: The study

The study used data from a prospective Danish cohort study on diet, cancer and health. It covered more than 55,000 participants, who were between 50-65 years old when the study started. During the initiation of the cohort study in the early 1990s, healthy participants had filled in detailed forms of their eating habits. Through these, the researchers established the participants’ total wholegrain intake per day, which of the most common cereals they got their wholegrain from, (wheat, rye, oats, in grams per day), and the total number, and different types, of wholegrain products (in grams per day) – rye bread, other wholegrain breads, oatmeal porridge and muesli.

The cohort study was linked with data from Denmark’s national diabetes register, to investigate which participants developed type 2 diabetes during a 15 year period – which in total was over 7000 people.