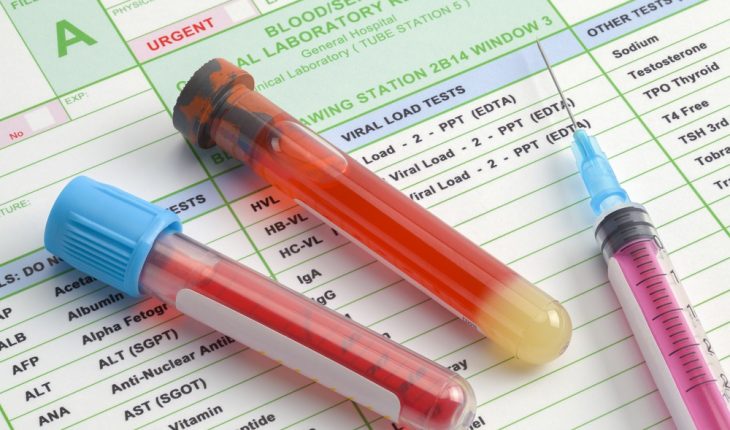 In one of the largest clinical studies to ever examine the impact of using a blood test to detect treatable mutations in non-small cell lung cancer (NSCLC), researchers from the Abramson Cancer Center of the University of Pennsylvania found that they could identify significantly more mutations through liquid biopsy instead of a solid tissue biopsy alone.

The findings also show that patients whose actionable mutations were detected by the blood based liquid biopsy responded favorably to targeted therapies. Overall, the addition of liquid biopsy nearly doubled the number of mutations detected compared to what solid tissue testing alone would have found. Importantly, 86 percent of patients with targetable mutations identified via liquid biopsy achieved either a complete response, partial response, or stable disease.

Researchers published their findings in JAMA Oncology. “Most previous studies have analyzed the impact of liquid biopsy in the setting of a specific clinical trial or for a single therapeutic agent, but our goal here was to quantify the effect of using liquid biopsy in the real-world clinical setting,” said the study’s senior author, Erica L. Carpenter, MBA, PhD, a research assistant professor of Medicine and director of the Abramson Cancer Center’s Circulating Tumor Material Center. “To our knowledge, this is the largest study to date aiming to answer this simple, and as of yet, unanswered question as to whether non-invasive biopsies increase the number of potentially effective therapeutic options for our patients. Importantly, we found patients whose therapies were selected based on the liquid biopsy results generally achieved a positive clinical response.” Therapies that target specific mutations have changed the face of cancer treatment, and screening for such mutations – which can be drivers of both disease growth and treatment resistance – is standard of care. This can often be done with a biopsy of tumor tissue, but sometimes that tissue is hard to obtain or doesn’t have sufficient DNA for analysis. Also, mutations may change over the course of treatment, meaning patients are sometimes subjected to multiple invasive biopsies.

Instead, liquid biopsies use circulating tumor DNA (ctDNA) – shed by tumors and circulating in the blood – to test for mutations using next-generation sequencing. Since ctDNA can be obtained through a simple blood test in the physician’s office, this ultimately gives patients more therapeutic options and helps them avoid the discomfort and inconvenience of an invasive biopsy procedure.

Researchers wanted to know if the addition of liquid biopsy could improve detection of actionable mutations in genes such as EGFR, ALK, ROS1, and BRAF, among others – all of which are pertinent to managing the care of patients with NSCLC. Their study included 323 patients treated between April 2016 and January 2018, 35 percent (113) of whom were determined to have targetable mutations. Overall, among 229 patients who had both liquid and solid biopsy, and including patients for whom solid biopsy was not possible, the addition of liquid biopsy nearly doubled the number of mutations detected from 47 (20.5 percent) to 82 (36 percent).

Sixty-seven patients received a targeted therapy indicated by liquid biopsy alone or liquid and solid biopsy together. Of those, 42 were evaluated for their response, and 36 (86 percent) achieved either a complete response (1), partial response (19), or stable disease (16).

“These findings show that liquid biopsy is increasing the detection of mutations we can target and improving patient outcomes, and when you combine that with the reality that liquid biopsy is less invasive for patients and, in some cases, may be the only option for patients, the clinical impact is very clear,” said the study’s co-lead author Charu Aggarwal, MD, MPH, an assistant professor of Hematology-Oncology. Jeffrey C. Thompson, MD, an instructor of Clinical Medicine, is also a co-lead author.

The researchers note the findings do not indicate liquid biopsy should replace tissue biopsy.

“Solid tissue biopsy is still essential for accurate diagnosis, but we’ve now shown liquid biopsy can add value when it’s used additionally, and also that it can serve as a viable alternative when solid biopsies aren’t feasible,” Carpenter said. “Given how rapidly targeted therapies are evolving, this is something that should be routinely incorporated into standard of care.”