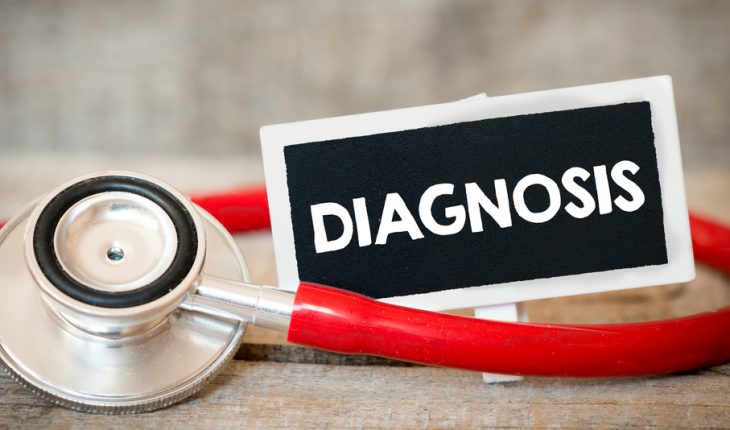 More than 100 patients afflicted by mysterious illnesses have been diagnosed through a network of detective-doctors who investigate unidentified diseases, reports a study conducted by scientists at the Stanford University School of Medicine and multiple collaborating institutes.

The long-awaited diagnoses are the fruits of the Undiagnosed Disease Network, a program created by the National Institutes of Health in 2014.

An October 2018 release from Stanford quotes said Euan Ashley, MD, professor of medicine at Stanford as saying, “Our goal is to take on the hardest cases in medicine — to find patients and families with conditions that no one has been able to solve. We wanted to provide a place that these people could come, so the Undiagnosed Disease Network came together to try to answer that need.”

The group, made up of hundreds of doctors across the United States, has so far sleuthed out 132 of 382 previously unknown ailments — roughly 35 percent. “Some of these patients had been waiting decades to put a name to their illness. They tell us how much of a relief it is simply to know what they were up against,” Ashley said. But what’s most exciting, he said, was that for 80 percent of the network’s diagnoses, they distilled actionable information, such as changes to patient therapy, adjustments to future diagnostic testing and recommendations for family screening.

“Our findings underscore the impact that establishing a clear diagnosis can have on clinical decision-making for previously undiagnosed patients,” said Kimberly Splinter, associate director of research operations for the network’s coordinating center and a genetic counselor at Harvard Medical School. “We hope that the results of this analysis will provide a compelling case for adopting some of the network’s diagnostic approaches more broadly in an attempt to clarify diagnoses and refine treatment for patients with rare conditions.”

A paper describing the study will publish online Oct. 11 in The New England Journal of Medicine. Ashley is the senior author and Splinter is the lead author.

The effort sprung to life four years ago when the NIH tapped Ashley to co-chair a consortium of cross-disciplinary doctors who would work to crack some of medicine’s most perplexing cases — at no charge to the patient. Of the 1,519 applications from patients, 601 were accepted based on the likelihood that the network would be able to help them, given their past medical records and available data. The network continues to accept applications; to date, they’ve received 2,780 applications, accepted 1,179 and reviewed 907.

Now, Ashley and the team of physicians have seen more than half of those patients, combining traditional medicine with increasingly cutting-edge diagnostic tests.

“We do this Sherlock Holmes-like detective work-up by carefully observing, gathering information, and asking pointed questions, but we’re also pairing that with the most advanced genomic technologies to try to solve their case,” Ashley said.

Every patient had their genome sequenced, even those whose genomes had been previously sequenced. The field of genetic and genomic testing moves so quickly, Ashley explained, that even patients who’ve had their genome sequenced six months ago benefit from another look. In coordination with genome sequencing, the physicians looked at patients’ RNA profiles, analyzing precursor molecules to the proteins found in their bodies. They also broke down a collection of molecules called metabolites, which form as a product of metabolism and can hint at where metabolic processes go wrong.

“Some cases are solved simply because we know more today than we did a year ago,” Ashley said.

Among those diagnosed, most exhibited rare versions of known diseases, broadening the symptomatic information doctors can look for when evaluating patients for those particular diseases in the future. But in 31 patients, the network identified previously unknown syndromes.

One that sticks out to study co-author Matthew Wheeler, MD, assistant professor of medicine at Stanford and executive director of the Stanford Center for Undiagnosed Diseases, is the case of a patient who the network followed for multiple years. The patient had mysterious and life-threatening episodes of something called lactic acidosis, a dangerous buildup of lactic acid in the body.

“It’s sort of like an extreme version of when you exercise intensely, and you feel that burn from the lactate buildup — only it’s your whole body that feels that way,” Wheeler said. “Lactic acidosis can also cause your acid-base balance to be out of whack, and when people have severe acid-base disturbances, they’re at high risk for arrhythmia or death.”

It wasn’t clear why the patient was experiencing these symptoms, which seemed to be prompted by a cold or flu. After giving the patient the full gamut of tests and analyzing sequencing information, a team of Stanford scientists found the culprit: a single mutation in the gene ATP5F1D, which is involved in the function of mitochondria, the cell’s powerhouse. The genetic oddity and symptoms had never been classified together officially, but from connections within the network and in some instances word of mouth, the scientists found that other doctors around the world had patients plagued by this syndrome. In verifying that the mutation causes the syndrome — called mitochondrial complex V deficiency, nuclear type 5 — network collaborators on the study developed animal models to show causality.

“This is a new type of scientific odyssey,” Ashley said. “We’re learning about biology in a way that could help not just one family, but potentially dozens, even hundreds, of families who suffer that same rare condition. That’s the biggest benefit of this network effect — the impact of identifying one patient’s disease could end up being global.”

Even the patients who did not receive a diagnosis benefit from knowing that a team continues to investigate their conditions and that the future may hold an answer even if the present does not.

“We’ve had patients tell us that just knowing that there is a team looking into their condition, that there is someone in the world who has not given up on them, scientists continuing to keep an eye on the literature — that provides hope,” Ashley said.

Now, Ashley and his colleagues are moving into the second phase as they expand network sites and continue to accept applications and see patients.

“Let’s face it, solving a third of these cases in the first phase was great — when they came in the door it was 0 percent. So to get to more than 30 percent — we are happy with that, but that still leaves the majority of cases unsolved and many patients still suffering, so we need to do better,” Ashley said.

Other Stanford authors of the study are Jonathan Bernstein, MD, PhD, professor of pediatrics; and genetic counselor Chloe Reuter.