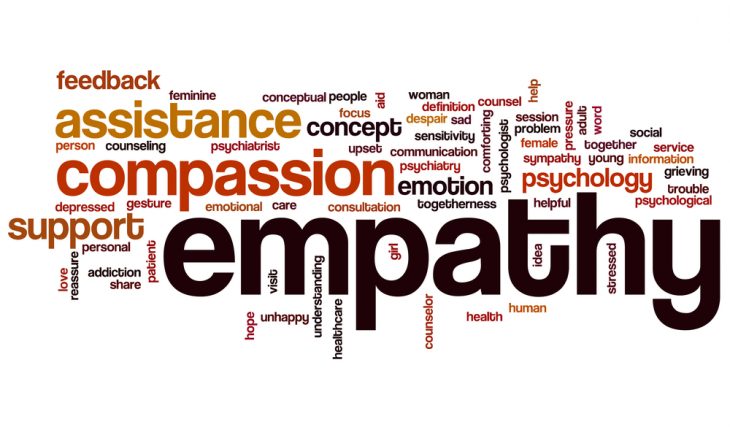 Feeling like your partner cares about your stress helps you cope, according to 2018 research done at University of California – Riverside. It may even help you sleep better, and may be beneficial to your health.

A release from the university notes that Kate Sweeny’s “worry and waiting” research has contributed much to our understanding of worry during periods of anxious waiting, such as for medical test results or the outcome of a job interview. It has suggested that optimists are as prone as pessimists to brace themselves for the worst, that worry can act as a motivator, and that many coping strategies fail us during periods of acute uncertainty. Sweeny also identified one thing that works to reduce stress in those moments: mindfulness meditation – a focus on the present.

In its most recent study, funded by the National Science Foundation, her “worry and waiting” research team finds a connection between the perception that your romantic partner cares, and a reduction in stress during challenging waiting periods.

Perception is a key word; past psychology research has suggested disparity between support received, and support perceived. In fact, research has found actual support has no effect on alleviating stress, and can even cause greater stress. It’s called “the paradox of received social support.” “Sometimes, when we receive support from another person, if affects us in some negative ways–we might feel needy, or incompetent, or emotionally unstable,” said Sweeny, a professor of psychology at UCR. “In contrast, simply feeling like you have support without actually asking for it or noticing that it’s being delivered is almost universally beneficial.”

The recent research, published in the Journal of Personality and Social Psychology, found that perception of support from a partner peaked at the beginning and end of a lengthy waiting period, in this case the wait for bar exam results, but dipped in the middle. Worry, after all, is not a static experience: it’s greater at the start, when uncertainty is fresh, and at the end, when the news is imminent.

It could be that people are more attuned to support during these periods of greater stress. Also, when expressions of stress are less–generally in the middle of the wait–partners may perceive that the stressed partner is more at ease.

In addition to coping better, the stressed partner reported better sleep and feeling healthier during periods when they reported that their romantic partner was more responsive to their support needs.

As she has before, Sweeny used as subjects recent law school graduates who were suspended in a four-month purgatory awaiting bar exam results. She zoomed in on 168 law students who reported they were in romantic relationships.

These students are dealing with a different universe of waiting-related stress than people who have, for instance, lost their jobs or are grieving. There is, at least, some feeling of control over what’s to come, and what can to be done to reduce stress.

“You have a large number of people taking the exam at the exact same time, and the results are posted as a particular time online,” Sweeny said. “That means we can easily follow a fairly large group of participants throughout what seems to be a very stressful life experience.”