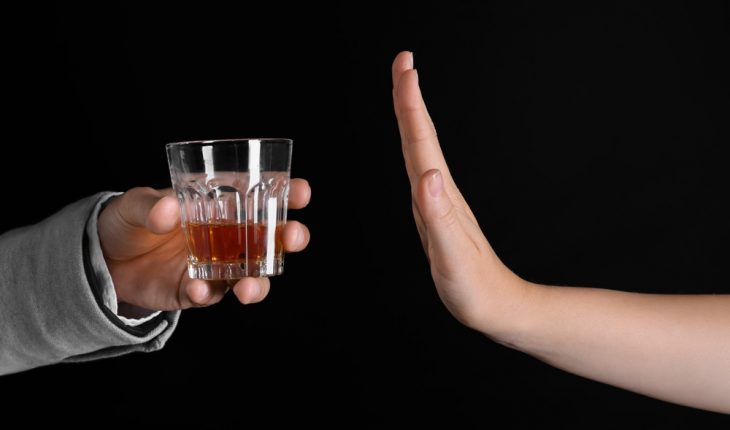 Are You Really a Social Drinker, or Could You Be An Alcoholic?

Increasingly, women are going head to head with men when it comes to binge drinking. It’s not surprising: Society normalizes, encourages, and promotes drinking so heavily that it can be nearly impossible, at times, to know what’s ordinary or not. A 2015 report by the National Institutes of Health says an expanding number of Americans are in the drinking danger zone. According to the report, published in the journal JAMA Psychiatry, nearly one-third of American adults at some point in their life have an Alcohol Abuse Disorder, and only 20 percent seek treatment. Drinking may seem harmless, but overindulging in alcohol is responsible for more than 80,000 deaths in this country per year and is the third leading cause of preventable deaths.

Alcoholics tend to miss work, damage other people’s lives, and not fulfill obligations because they stay busy drinking. Social drinkers will drink at specific times when they are usually free so that no important work is hampered. Social drinkers make sure that they do not over-drink, which ensures that they can tend to important obligations. If they start ignoring these obligations because of drinking, they have likely become alcoholic.”

If you don’t drink daily, but are drinking regularly, such as binges every Friday night, that’s a red flag. While research shows that having about seven alcoholic beverages per week can lower your risk of diabetes and cardiovascular disease, abstaining all week only to guzzle five or six glasses in a single sitting negates any of alcohol’s potential health benefits. Moreover, binge drinking can raise blood pressure and interfere with certain medications.

Have you ever told yourself you were going to have only a drink or two at happy hour, and before you knew it you’d downed five? One of the clues that you may be a binge drinker is not knowing your limits—or feeling surprised when you’ve “suddenly” passed them. Like diabetes, heart disease, and other health problems, drinking problems develop gradually, and alcoholism is progressive.

Alcoholics end up in alcohol-related accidents, while social drinkers do not. However, Social drinkersthey know that drinking and driving is not permitted and can be fatal. So, even if they over-drink on a particular social occasion, they don’t get behind the wheel.

You wonder if there will be enough alcohol available

This most likely means that you are probably chasing the buzzed feeling and are unable to enjoy yourself without the fear of losing that high. It is most definitely a warning sign of addiction and it can be a sign of obsessive thinking around alcohol, which should absolutely raise red flags

Perhaps you are going on a blind date and don’t want your date to think you drink too much so you have 2 drinks at home and 2 drinks while on the date. You know you’ve had 4 drinks, but your date perceives you as a “normal” drinker. You are aware of your true quantity and have the buzz to go along with it.

If you don’t want your spouse, roommate or family member to see you drinking, perhaps you hide alcohol in a closet or bathroom cabinet and put your drinks in a colored paper cup so only you know you’re drinking. Alcoholics will do this to be able to indulge in their addiction while attempting to act sober and deceive others around them.

Many people will negotiate with themselves. For example, “I will switch from four glasses of wine to two vodkas” or “I will drink only on weekends,” “I will only go to happy hour when I have a new client win.”  “Normal” drinkers don’t make these kinds of bargains with themselves because their lives don’t revolve around alcohol or attempts to control consumption of it.

A ”problem drinker” versus an alcoholic

A problem drinker is able to self-correct when they are given sufficient reason to do so – negative consequences, painful hangovers, birth of a child, new responsibilities, etc. An alcoholic, on the other hand, is unable to permanently cut back or stop drinking even when they have numerous reasons to do so. When faced with serious consequences and reality, an alcoholic may temporarily stop or limit themselves, but they will invariably return to their regular excessive drinking patterns.

If you are not certain you are an alcoholic, seek the advice of a therapist, or attend an AA meeting and speak with those who have long term sobriety to see if they share similar thoughts and experiences. If you feel that you need more than therapy to stop drinking, inpatient treatment rehab may be the course of action you need to get both the therapy and tools to live a sober life.

Carrie Carlton, Clinical Director (LCSW), Clinical Supervisor at Beachway Therapy Center (www.beachway.com, holds a BSW and MSW in social work from Florida Atlantic University, an MA from Barry University (Miami), and is a Licensed Clinical Social Worker. For more on her work, click on her byline (above)