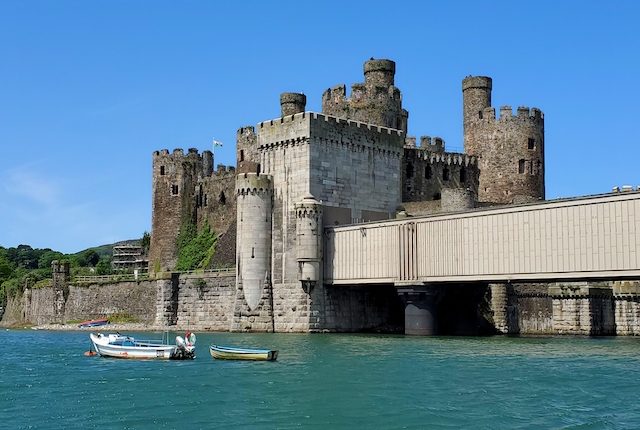 A Wale of a Time

Going to Wales has been on my bucket list for a long time, so,I was super psyched when I discovered I could go there for a day from Chester, UK. I first asked a tour guide how much a tour would be and it was $350 per person. I was completely flattered that my husband and I in jeans, flannel shirts, boots and rain gear appeared that well-heeled. We declined. I got to the pub and started googling how to get to Wales under $50 each. Bingo. There is a direct train from Chester train station to Conwy, Wales.

Conwy is another, perhaps less pretentious, walled city. The walls actually surround a working community. There was wash on the line, dogs barking, kids screaming. Conwy was everything Chester was not. It was not trendy, hip, or overly ornate. Conwy’s city stone walls are high with 21 watch towers, many lookouts to the sea, and three gatehouses to pass through. Think “The Wizard of Oz”. At one end of the walled town is a massive castle ruin. 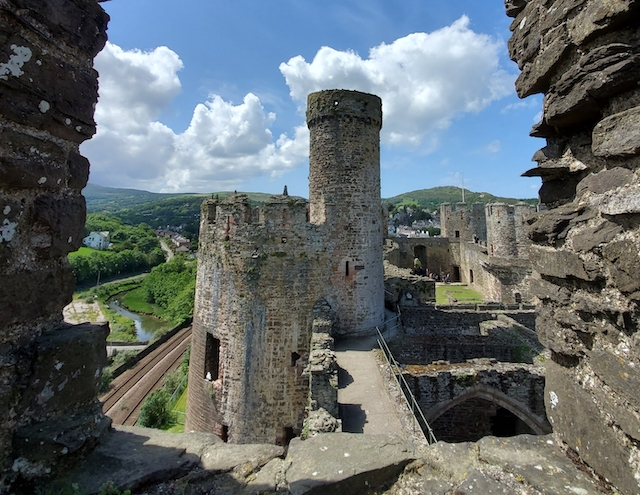 Tour the castle. It is worth it. There are eight main towers, many stories high with several intact rooms within the walls. It was designed by James of Saint George. It was commissioned by King Edward as a part of his plan to wall in the town of Conwy during his conquest of North Wales (1283-1289). It fell into ruin in the early 17th century. Charles sold the castle to Edward Conwy in 1627 for 100 pounds. It was passed down the family line. Finally it was completely ruined and stripped of its iron and lead in 1665. 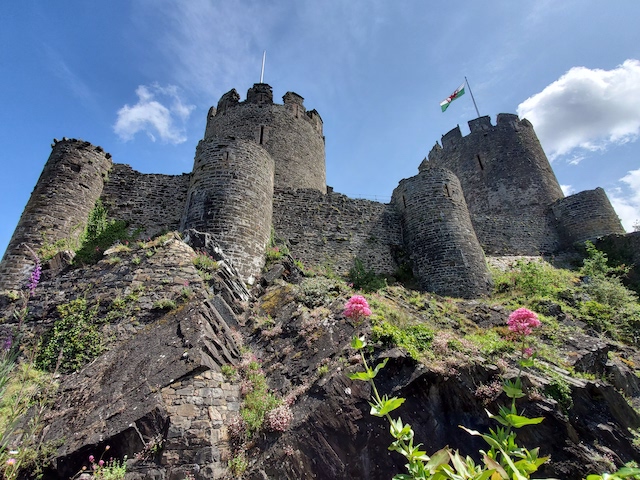 If the large towers look familiar it is because Castle Conwy was a favorite of painters in the 18th and 19th centuries, a sort of stereotype of a castle. We took our picnic lunch with us and ate inside the castle grounds. I highly recommend you set aside at least two hours to walk up the towers and along the castle walls.

Later, I was impressed as we walked into the small Conwy cathedral to find the back few pews removed and toys and furniture set up for toddlers. The docent (an American who decided to move to Conwy many years ago) explained that children were always welcome at the church services. I liked that. Folks in Conwy were happy to share their town, but they did not put on airs.

While you’re in Conwy I recommend the boat tour around the harbor and up the River Conwy. Seeing the castle and town from the water gives you a sense of the size of the construction. And you will also get a sighting of the drawbridge and current access to the town via road and rail. The waters are aqua green like those in the Bahamas. The sand is light. Across the harbor is the tourist vacation area of Llandudno. It was good that I placed in my mind where Llandudno was as it turned out on the day we were in Conwy there were no direct trains back to Chester. We asked about and for very cheap fare took a local bus from the castle walls across the bay to Llandudno Junction Station and got a direct train to Chester. 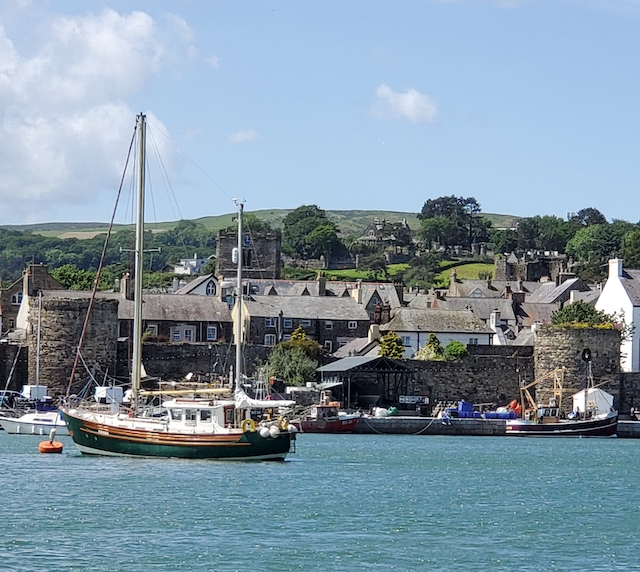 If you stay over in Conwy for a few days I suggest touring the Bodnant Garden overlooking the River Conwy. Also, there are tours of more castles and horseback riding and sailing and…yeah, Conwy was on my bucket list, but it is back on for a longer stay.