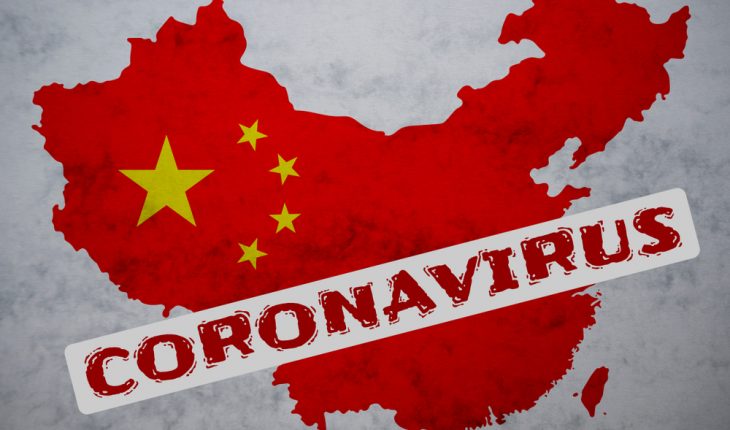 My husband and I are Americans who are both English teachers at schools in Shanghai, China where we have been living for a little over five years with our daughter and son. We are currently quarantined at home because of the coronavirus virus epidemic.

We returned from our Chinese New Year holidays at the end of January, refreshed and ready to get back to work and school for the long term ahead. But the virus had other plans for us. Shortly after we landed, we were told that we would not be starting back on the 3rd of February, and a few days after that it was announced we would be going back on the 17th of February, and then it was announced that no schools in Shanghai would open their doors until after March 2nd (which is just another way of saying “We don’t know when you’re going back”) and then it was announced that local schools will BEGIN online teaching on March 2nd. In other words, Buckle up, Buttercup, this is gonna be a long ride.

As a literature teacher, one of my favorite plays is Beckett’s Waiting for Godot. Two tramps on a deserted road, waiting for a man named Godot to hand them some sense of certainty and purpose. The absurdity of the circumstance, of time being ticked off by an endless stream of mindless tasks and meandering incoherent dialogue. And all the waiting. The endless brutality of waiting.

Truth be told, most winter mornings of my adult life all I ever long to do is pull the covers back over my head and stay nestled under the covers until March is done blowing its icy wind and the warmth of April has thawed the chill in the air. I hate the bracing cold tiles of the bathroom floor and the cold, wet days that seep into your boots. I have wished for snow day cancellations and begged for mercy as the long term between winter holidays and spring break felt like a cruel practical joke. But It looks like I’m finally going to get my wish.

It’s no exaggeration to say that after 25 days of staring at these walls and being able to wander not much farther than a block or two from home, we are all feeling a little crazy, not quite at the levels of Jack in The Shining, but I have a newfound appreciation for his character and a deep sense of empathy. We are allowed out to go a few blocks to buy food, but we are scanned for fever before going in shops and stores. I’m in menopause, so I’m terrified I’m going flare up with a hot flash just as they scan my head when I’m walking into Starbucks to pick up my latte on demand, and cart me off to a fever clinic. “I swear, it’s just menopause! Please don’t take me to the hospital!” Or I wake up in the middle of the night in a cold sweat flinging the covers from me and think “Oh no, this is it. I’ve got the virus.” And then of course I can’t get back to sleep.

But we have managed to keep busy. Unlike local schools, the international schools where my husband and I teach started back online on the 3rd of February. It’s not fun work, but it keeps our brains active. I’ve been running online classes, and both kids have been assigned piles and piles of homework and project-based learning to keep us all busy for 12 hours a day. My children are 10 and 14, Grades 4 and 9. I’m not doing a very good job of homeschooling them unless homeschooling means dragging your kids out of bed some time before midday to scream “Log the &%$# on and do the &%$#ing work for the day!” I’m pretty sure I’m supposed to be teaching them something — well, something other than swear words.

At least we can go the local supermarket, and walk to the park, or kick the ball around in the compound play area outside the apartment building. There are plenty of deliveries coming in every day, including the food we have delivered. Truthfully, we have groceries delivered because the online stores have nicer things, and if we’re going to be stuck in the house all day, I might as well have decent cheese and Triscuits to soften the blow. There’s no sense of scarcity or hoarding. We’re all just hoping an end is in sight.

Another fun side effect of the viral shutdown is that our Ayi (housekeeper) has been unable to return to Shanghai. So we have by necessity implemented a chore chart. The kids are taking to it fantastically, and are doing their chores without too much nagging or needling. I never realized how much work it takes to keep a relatively small apartment clean each day. I can’t even fathom how the moms with two-story, five-bedroom, sprawling homes keep on top of everything! Still, the cleaning helps stave off madness when you know there’s something needing a wipe down, or a scrubbing. And it keeps the time moving.

But every once in a while the reality of it sinks in, and you have this moment of crystal clarity. This is absurd!

I’m stuck in my apartment because in a city of  24 million, as of this writing 335 people have contracted a virus that can (like all cold and flu viruses) develop into pneumonia, and in some cases cause death in those with additional immune deficiencies. So far in this city three people have died. Meanwhile, the US embassy is urging me to go home to a country where at the end of January it had been estimated that 15 MILLION people had been infected, and 8,000 people had already died of this year’s strain of the flu.

And my heart breaks for those in Hubei province where Wuhan is located, which is reporting thousands of cases (about 63,500 confirmed now) and thousands of deaths — 2,250 as of February 22). There is no doubt that this is another bastard of a virus. But it pales in comparison to the flu going around in the US right now, yet everyone’s all on high alert and quarantining people who have been anywhere near China for the last month. Meanwhile people are self-medicating fevers and colds all over the US and happily going to work and school and hopping on flights to their winter vacation spots without a thought in the world of the pandemic spreading of their own virus.

Yet somehow, it’s China that’s acting suspicious and being irresponsible?

But then just like that, you fall back into a routine of waiting. You look at the time and realize it’s time to make lunch, or clean up after lunch, or make the beds, or mark some papers. How long has it been since the kids had a shower? How long has it been since you had a shower? Another board game. Another Netflix binge. Until we know more, we wait.

Becky Young is an international teacher and mother of two who has been living abroad since 2000. She has experienced life on three continents so far and if she survives the coronavirus quarantine in China in 2020, she and her family will be moving on to a fourth country by the end of the year.