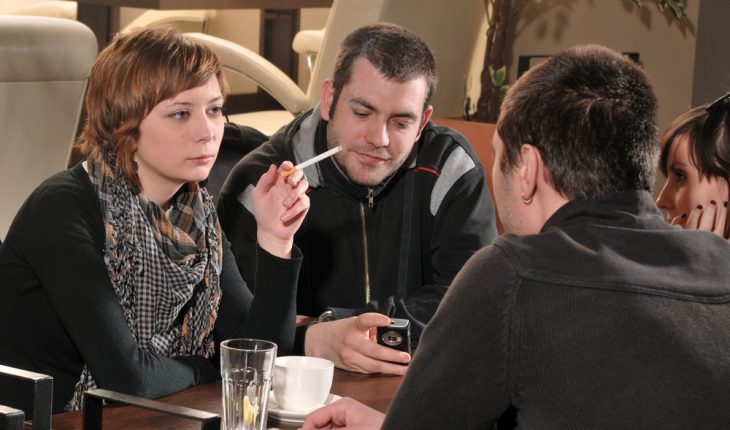 Although the dangers of tobacco are commonly known, the use of the substance remains surprisingly widespread.

According to the federal Centers of Disease Control and Prevention (CDC), tobacco use is the leading cause of preventable disease, disability, and death in the United States. As of 2018, about 34 million US adults smoke cigarettes.

The use of tobacco products declined among young people between 2019 and 2020, the CDC said. However, the National Youth Tobacco Survey (NYTS) data analysis also found that about 1 in 6 (nearly 4.5 million) students were current users of some type of tobacco product in 2020.

Other statistics from the CDC:

Every day, about 1,600 young people under 18 try their first cigarette, and nearly 200 become daily cigarette smokers.

For every American who dies because of smoking, at least 30 are living with a serious smoking-related illness.

Smoking-related illness costs society over $300 billion each year, including more than $225 billion in direct medical costs. These costs could be reduced if we prevent young people from starting to smoke and help smokers quit. CDC and its partners work to reduce tobacco-related diseases and deaths by:

Preventing young people from starting to use tobacco.

Cigarette smoking leads to disease and disability and harms nearly every organ of the body. Smoking causes cancer, heart disease, stroke, lung diseases, type 2 diabetes, and other chronic health conditions. The impact also extends beyond the smoker. For example, smoking during pregnancy increases the risk of premature birth (being born too early) and sudden infant death syndrome (SIDS).

Probably the most widely known health hazard of tobacco is that it causes several forms of cancer, including about 90% of lung cancer deaths. Nonsmokers who are exposed to secondhand smoke at home or work have a 20% to 30% higher risk of getting lung cancer.

Raising triglycerides (a type of fat in the blood) and lowering high-density lipoprotein (HDL) or “good” cholesterol.

Making blood sticky and more likely to clot, which can block blood flow to the heart and brain.

Cigarette smoking can cause lung disease by damaging the airways and the small air sacs (alveoli) found in the lungs. It can cause chronic obstructive pulmonary disease (COPD), which includes emphysema and chronic bronchitis. Smoking accounts for as many as 8 in 10 COPD-related deaths. If you have asthma, tobacco smoke can trigger an asthma attack or make an attack worse.

The risk of developing type 2 diabetes is 30% to 40% higher for current smokers than nonsmokers. The more cigarettes a person smokes, the higher their risk of type 2 diabetes. People with diabetes who smoke are more likely than nonsmokers to have trouble controlling their blood sugar and to have serious complications, including:

Poor blood flow in the legs and feet that can lead to infections, ulcers, and amputation (surgery to remove a body part, such as toes or feet).

Retinopathy (an eye disease that can cause blindness).

Tobacco Use During Pregnancy

Cigarette smoking during pregnancy increases the risk of pregnancy complications, including premature birth, low birth weight, certain birth defects, and SIDS. Smoking can also make it harder for a woman to get pregnant. Exposure to secondhand smoke is also dangerous for infants and increases the risk of SIDS, slowed lung growth, and middle ear disease.

Despite the good news that cigarette smoking is decreasing among young people, 3.6 million middle and high school students used electronic cigarettes (e-cigarettes) in 2020. This is a concern because any tobacco use among young people—whether smoked, smokeless, or electronic—is unsafe. Nicotine, which is found in almost all e-cigarettes, is addictive and can harm the developing brain.

For more information, click here to find resources specifically for young people, and here for help for any age group.