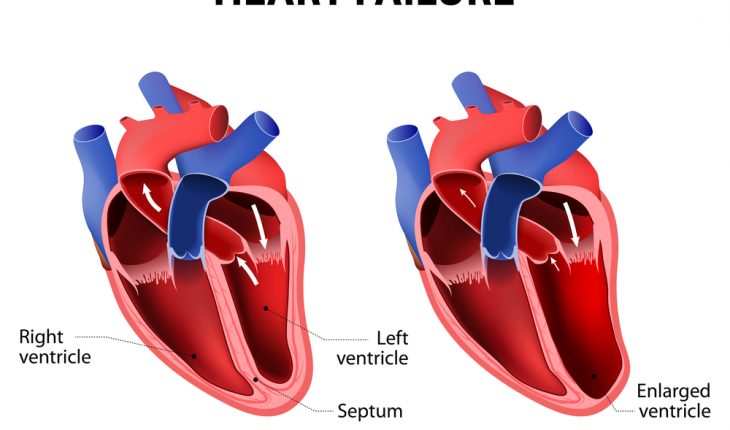 Findings from the Cardiovascular Outcomes Assessment of the MitraClip Percutaneous Therapy for Heart Failure Patients with Functional Mitral Regurgitation (COAPT) trial were published September 23rd 2018 in the New England Journal of Medicine. Gregg W. Stone, M.D., co-principal investigator of the trial and director of cardiovascular research and education at the Center for Interventional Vascular Therapy at NewYork-Presbyterian/Columbia University Irving Medical Center, presented the study at the annual Transcatheter Cardiovascular Therapeutics in San Diego.

A relese from NeYwrl-Presbyterian quotes Dr. Stone, who is also a professor of medicine at Columbia University Vagelos College of Physicians and Surgeons, as saying, “Although some drugs can help alleviate symptoms of functional mitral regurgitation due to heart failure, those therapies are of limited benefit. To be able to reduce hospitalizations and improve survival is a breakthrough for patients who previously had few treatment options.”

Mitral regurgitation (MR) occurs when the valve that connects the left ventricle and left atrium in the heart doesn’t close completely, allowing blood to flow backward into the heart and forcing the heart to work harder to pump blood. Primary MR occurs when the valve leaflets or surrounding tissue become damaged. Functional MR, also known as secondary MR, the focus of this study, occurs when the left ventricle enlarges after heart damage from any cause, such as a heart attack. Primary MR can be treated effectively with surgical valve replacement or repair. However, there is little evidence that surgical procedures improve outcomes for patients with secondary MR, who tend to have a worse prognosis and are thus typically managed medically with drugs such as beta blockers or with pacemakers to regulate heart rhythm. Nearly one in 10 adults age 75 or older in the U.S., or four million Americans, suffer from primary MR. The prevalence for secondary MR is uncertain as it is frequently undiagnosed, but is believed to be substantially higher than that of primary MR.

The trial enrolled 614 heart failure patients with moderate-to-severe or severe secondary MR at 78 sites in the U.S. and Canada who remained symptomatic despite treatment with recommended medical therapies.

Participants were randomized to treatment with MitraClip – a minimally invasive treatment that fastens the mitral valve leaflets together – and medical therapy or medical therapy alone. The researchers then compared the number of heart failure-related hospitalizations and deaths over 24 months in both groups.

Patients who had the minimally invasive procedure had 47 percent fewer heart failure-related hospitalizations and 38 percent fewer deaths than those who were managed medically.

“The improvement in symptoms and reduction in need for hospitalization due to heart failure was almost immediate after the MitraClip. In contrast, the improvement in survival emerged about a year after the procedure, a delayed response consistent with the long-term benefits of reducing volume overload on the heart,” said Dr. Stone.

The procedure was also associated with significant improvements in quality of life and functional capacity. The treatment was determined to be safe, with low 30-day rates of death or stroke, and the reduction in MR was durable through the 2-year follow-up of the study.

“Patients with heart failure and severe secondary or functional MR who remain symptomatic despite all the best medical therapies now have substantially more hope because we can improve their quality of life and survival by reducing their MR with a safe, low-risk procedure,” said Dr. Stone.

Dr. Stone has received consulting fees from Neovasc, Vlafix, Gore, and has equity in Ancora.

Columbia University receives royalties from Abbott for sale of the MitraClip.

Additional disclosures may be found in the paper.