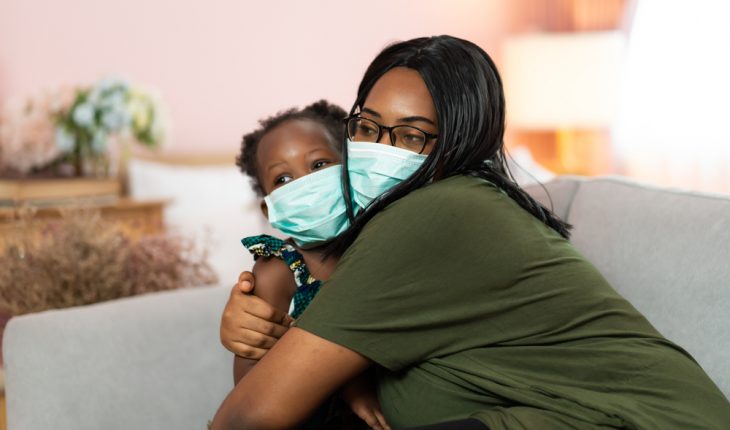 New research shows that the global COVID-19 pandemic has taken a toll on Black, American Indian/Alaska Native, and Latino individuals in the United States, causing more deaths by population size, both directly and indirectly, in these groups compared with white or Asian individuals.

The findings, from a large surveillance study led by researchers at the National Cancer Institute (NCI), part of the National Institutes of Health (NIH), appeared October 5, 2021, in Annals of Internal Medicine.

“Focusing on COVID-19 deaths alone without examining total excess deaths—that is, deaths due to non-COVID-19 causes as well as to COVID-19—may underestimate the true impact of the pandemic,” said Meredith S. Shiels, Ph.D., M.H.S., senior investigator in the Infections and Immunoepidemiology Branch in NCI’s Division of Cancer Epidemiology and Genetics, who led the study. “These data highlight the profound impact of long-standing inequities.”

Scientists at NCI have a long history of tracking mortality trends in the United States, mainly focusing on cancer death rates. More recently, these investigators have been applying their expertise in analyzing national surveillance data to better understand the impact of the COVID-19 pandemic on excess deaths by racial and ethnic group.

In this new study, scientists from NCI, NIH’s National Institute on Minority Health and Health Disparities (NIMHD), and the Pacific Institute for Research and Evaluation used provisional death certificate data from the Centers for Disease Control and Prevention, along with population estimates from the U.S. Census Bureau, to compare excess deaths by race/ethnicity, sex, age group, and cause of death during March to December 2020 with data for the same months in 2019. Excess deaths are the number of deaths in a specific period of time over what would have been expected to occur based on deaths in the same months in previous years, after adjustment for population changes.

Roughly 2.9 million people died in the United States between March 1, 2020, and December 31, 2020. Compared with the same period in 2019, there were 477,200 excess deaths, with 74% of them due to COVID-19. The scientists found that, after adjusting for age, the number of excess deaths by population size among Black, American Indian/Alaska Native, and Latino men and women were more than double those in white and Asian men and women.

These data do not explain the reasons for the excess non-COVID mortality. “It is possible that fear of seeking out health care during the pandemic or misattribution of causes of death from COVID-19 are responsible for a majority of the excess non-COVID-19 deaths,” Shiels said.

“Our efforts at NIH to help mitigate these COVID disparities have been heavily focused on promoting testing and vaccine uptake through community-engaged research. However, vaccine hesitancy poses a real threat, so we are addressing the misinformation and distrust through collaborative partnerships with trusted community stakeholders,” said study coauthor Eliseo J. Pérez-Stable, M.D., director of NIMHD.

The study was funded by the Intramural Research Programs of NCI and NIMHD.