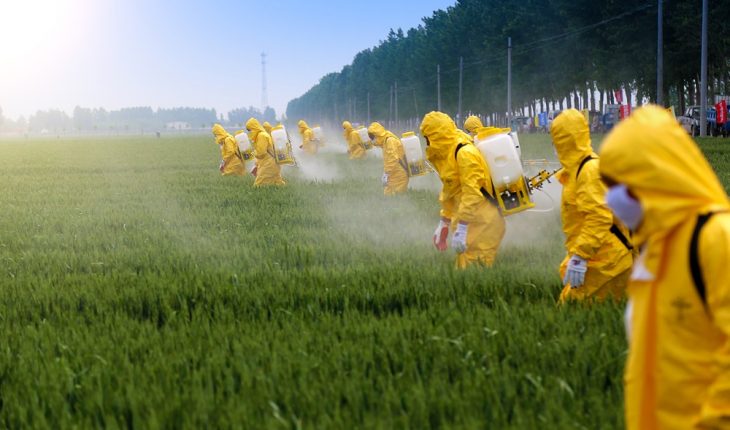 On-the-job exposure to high levels of pesticides raised the risk of heart disease and stroke in a generally healthy group of Japanese- American men in Hawaii, according to new research published in the Journal of the American Heart Association.

“This study emphasizes the importance of using personal protective equipment during exposure to pesticides on the job and the importance of documenting occupational exposure to pesticides in medical records, as well as controlling standard heart disease risk factors,” said Beatriz L. Rodriguez, M.D., Ph.D., M.P.H., co-author of the study and professor of geriatric medicine at the University of Hawaii at Manoa.

The findings are the latest to emerge from the Kuakini Honolulu Heart Program, which enrolled over 8,000 Japanese American men on Oahu between 1965 and 1968. Men enrolled in the study were 45 to 68 years of age and self-reported their occupation. The group has since undergone multiple examinations and researchers are also tracking all causes of death and some disease outcomes. Data on rates of heart disease and stroke were available through December 1999, for up to 34 years of follow-up.

Pesticide exposure was estimated using a scale from the Occupational Safety and Health Administration that assesses the intensity and length of occupational exposure for each job. Compared to men who were not exposed to pesticides at work, in the first 10 years of follow-up, the researchers found:

The study emphasizes the need to use personal protective equipment.

There was no significant relationship between low to moderate exposure to pesticides and the risk of heart disease or stroke.

Pesticides have a long half-life, so health effects may occur years after exposure. By analyzing different time lags, the researchers found that the maximum effect of exposure on heart disease and stroke risk was during the first 10 years.

“After following the men for 34 years, the link between being exposed to pesticides at work and heart disease and stroke was no longer significant. This was probably because other factors tied to aging became more important, masking the possible relation of pesticides and cardiovascular disease later in life,” Rodriguez said.

The study was conducted only in men of Japanese descent, and the results may not apply to women or other races.

“Previous studies have found that men and women may respond differently to pesticide exposure. One class of pesticides may give women heart attacks but not men, and other pesticides may give men heart disease but not women. Hormones may also play a role in the impact of pesticide exposure and the development of cardiovascular disease,” said Zara Berg, Ph.D., co-author of the study and adjunct science professor at Fort Peck Community College in Poplar, Montana.

Although the study was conducted solely in first or second-generation Japanese American men, similar results were found in Taiwan for high pesticide exposure in middle age.