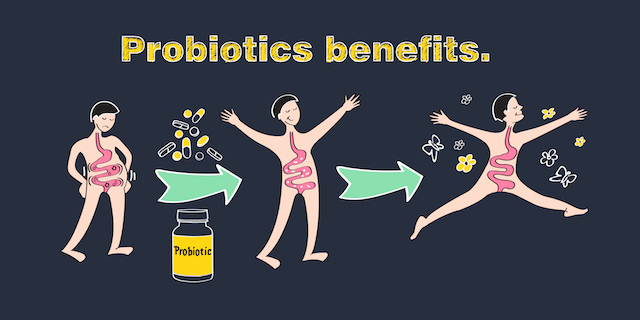 Probiotics May Play a Role in Fighting Antibiotic-Resistant Infections

A good bacterium commonly found in probiotic digestive supplements helps eliminate Staphylococcus aureus, a bacteria that can cause antibiotic-resistant infections, according to new research.

The finding comes from National Institutes of Health scientists and their Thai colleagues.

The researchers, led by scientists at NIH’s National Institute of Allergy and Infectious Diseases (NIAID), unexpectedly found that Bacillus bacteria prevented S. aureus bacteria from growing in the gut and nose of healthy individuals. Then, using a mouse study model, they identified exactly how that happens. Researchers from Mahidol University and Rajamangala University of Technology in Thailand collaborated on the project.

“Probiotics frequently are recommended as dietary supplements to improve digestive health,” said NIAID Director Anthony S. Fauci, M.D. “This is one of the first studies to describe precisely how they may work to provide health benefits. The possibility that oral Bacillus might be an effective alternative to antibiotic treatment for some conditions is scientifically intriguing and definitely worthy of further exploration.”

Staphylococcus infections cause tens of thousands of deaths worldwide each year. Methicillin-resistant Staphylococcus aureus, or MRSA, is familiar to many people as a cause of serious disease. Less well known is that S. aureus often can live in the nose or gut without causing any harm. However, if the skin barrier is broken, or the immune system compromised, these colonizing bacteria can cause serious infections.

One strategy to prevent Staph infections is to eliminate S. aureus colonization. However, some decolonization strategies are controversial because they require considerable amounts of topical antibiotics and have limited success, partly because they target only the nose and bacteria quickly recolonizes from the gut.

The scientists recruited 200 volunteers in rural Thailand for the study. This population, they speculated, would not be as affected by food sterilization or antibiotics as people in highly developed urban areas. The scientists first analyzed fecal samples from each of the study participants for bacteria correlated with the absence of S. aureus. They found 101 samples positive for Bacillus, primarily B. subtilis — the type found mixed with other bacteria in many probiotic products. Bacillus bacteria form spores that can survive harsh environments and commonly are ingested naturally with vegetables, allowing them to temporarily grow in the intestine. The scientists then sampled the same 200 people for S. aureus in the gut (25 positive) and nose (26 positive). Strikingly, they found no S. aureus in any of the samples where Bacillus were present.

In mouse studies, the scientists discovered an S. aureus sensing system that must function for the bacteria to grow in the gut. Intriguingly, all of the more than 100 Bacillus isolates they had recovered from the human feces efficiently inhibited that system.

Using chromatography and mass spectrometry techniques, the scientists identified fengycins, a specific class of lipopeptides — molecules that are part peptide and part lipid—as the specific Bacillus substance that inhibited the S. aureus sensing system. Additional tests showed that fengycins had the same effect on several different strains of S. aureus — including high-risk USA300 MRSA, which causes most community-associated MRSA infections in the United States and is an increasingly common cause of healthcare-associated MRSA infections.

To further validate their findings, the scientists colonized the gut of mice with S. aureus and fed them B. subtilis spores to mimic probiotic intake. Probiotic Bacillus given every two days eliminated S. aureus in the guts of the mice. The same test using Bacillus where fengycin production had been removed had no effect, and S. aureus grew as expected.

The NIAID and Thai scientists next plan to test whether a probiotic product that contains only B. subtilis can eliminate S. aureus in people. They plan to enroll more Thai volunteers for the project. Michael Otto, Ph.D., the NIAID lead investigator, said, “Ultimately, we hope to determine if a simple probiotic regimen can be used to reduce MRSA infection rates in hospitals.”