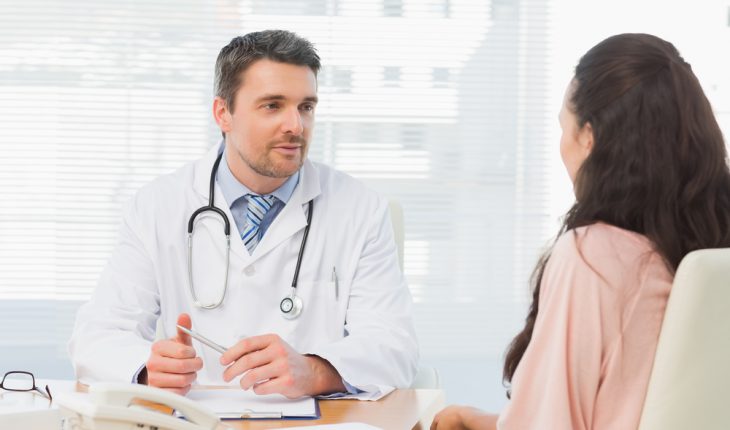 Many Americans experience a disconnect between how they personally define health and how they talk about their health with their doctors. Nearly half (45%) of U.S. adults who have a primary care physician (PCP) say they wish they talked with their doctor more about why they want to be healthy, and a majority of younger people (57% of those aged 18-44) say they wish their doctor would talk to them about treatments that do not involve medication, according to a new survey released October 10th 2018 by Samueli Integrative Health Programs.

A release from the Reis Group, a public relations agency focused on healthcare, quotes Wayne Jonas, MD, executive director of Samueli Integrative Health Programs “Patients see their health as much more than just their physical symptoms, yet doctors aren’t talking to their patients about important factors that influence their health. A whole-person, integrative approach to health and well-being allows patients to get to the root of their health conditions, but we haven’t yet made this approach a priority in treating patients.”

The release explains that the survey – involving more than 2,000 adults ages 18 and older and conducted online by The Harris Poll on behalf of Samueli Integrative Health Programs in September 2018 – also found that more than 9 in 10 Americans (92%) say health is about far more than just not being sick, and when asked to define health, many selected factors such as being happy (59%), being calm and relaxed (56%), and being able to live independently (53%). Yet, a majority of those who have a PCP (52%) say they and their doctor don’t talk about much more than their medical needs.

For example, most Americans who have a PCP (74%) say they typically discuss their physical health with their doctor, but far fewer talk about other behavioral factors that strongly influence health, such as exercise (51%), diet (44%), and sleep (40%). Furthermore, very few Americans who have a PCP discuss factors that influence the mind-body connection, such as mental health (36%) and spiritual health (10%), with their doctor.

“We know from past research that some 80 percent of health and healing are influenced by behavioral and social determinants of health – factors that affect a patient outside of their medical treatment,” Jonas said. “Health starts with the person, not the disease. And we as physicians should be asking ‘What matters?’ instead of just ‘What’s the matter?’ This is essential for patient-centered care.”

“The current model of medicine focuses on providing pills and procedures for addressing physical symptoms and prescribing quick fixes,” said Jonas. “But younger patients want more. They are looking for options that fit their lifestyle and personal needs. This generational shift proves that more and more patients will be seeking out ways to address the underlying causes of health.”

The findings also show that almost half of Americans (48%) have been diagnosed with a chronic health condition, including about one in five diagnosed with anxiety (18%) or depression (19%). Despite the prevalence of these psychological conditions, only 36 percent of Americans with a primary care physician report discussing their mental health with their doctor.

The survey also found noteworthy differences based on geographic region. People living in the Northeast are more likely to rate their health as excellent (24%) compared to Southerners (18%) and Midwesterners (17%). Northeasterners who have a primary care physician are most likely to discuss with their doctor why it is important for them to be healthy (27% vs. 20% South, 17% Midwest, and 18% West).

Some highlights of the study findings include:

Samueli Integrative Health Programs is dedicated to the promotion of personal health and wellbeing with the support of health teams dedicated to all proven approaches, including conventional, complementary and self-care. Dr. Wayne Jonas, the former director of the NIH Office of Alternative Medicine and the former director of a World Health Organization Center for Traditional Medicine, is clinical professor of Family Medicine at the Uniformed Services University and at Georgetown University School of Medicine.

This survey was conducted online within the United States by The Harris Poll on behalf of Samueli Integrative Health Programs from September 11-13, 2018 among 2,027 U.S. adults ages 18 and older, among whom 1,865 have a primary care doctor (PCP). This online survey is representative of the U.S. adult populations but is not based on a probability sample and therefore no estimate of theoretical sampling error can be calculated.