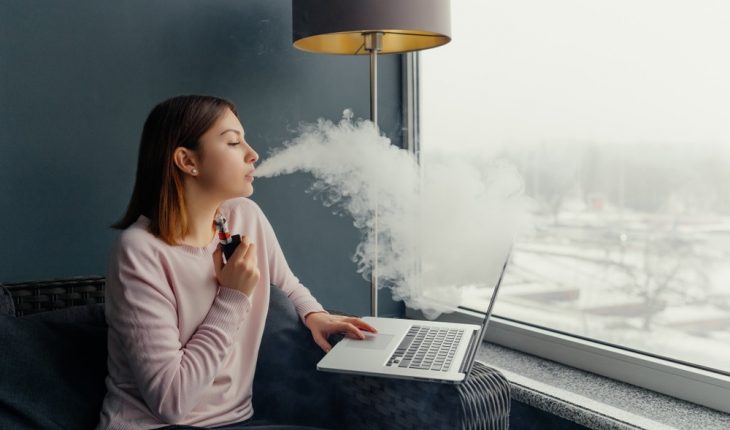 The Most Addictive Brand of E-Cigs?

Teens and young adults who use Juul brand e-cigarettes are don’t recognize the product’s addictive potential, even though they use it more often than their peers who smoke conventional cigarettes, according to a new study.

The findings, from an ongoing Stanford project addressing the use and perceptions of tobacco products by California youth, was published in October 2018 in JAMA Network Open.

“I was surprised and concerned that so many youths were using Juul more frequently than other products,”

said the study’s senior author, Bonnie Halpern-Felsher, PhD, professor of pediatrics. “We need to help them understand the risks of addiction. This is not a combustible cigarette, but it still contains an enormous amount of nicotine.”

The data show a worrisome disconnect between teens’ perceptions of their Juul use and actual addiction, the researchers said. “We ask, ‘Do you feel addicted?’ And they say no, but a series of questions on a validated scale for assessing loss of autonomy over nicotine show that they’re dependent,” said the study’s lead author, Karma McKelvey, PhD, a postdoctoral scholar.

Juul e-cigarettes first went on sale in 2015 and now account for two-thirds of the U.S. e-cigarette market.

They deliver more nicotine than competing brands of e-cigarettes, and produce an effect on the throat that is more comparable to conventional cigarettes than their predecessors.

Juul’s design, using flavored nicotine-containing liquids inhaled from colorful pods that resemble USB flash drives, also appeals to the youth market. The federal Food and Drug Administration (FDA) recently launched a campaign to warn youths of the dangers of e-cigarettes. However, little scientific research has been done on the impact of Juul use on teenagers and young adults.

The Stanford researchers decided to ask about Juul as part of a tobacco-use study they have been conducting in 10 California high schools. In the first phase of the study, completed in 2014 and 2015, more than 700 students in ninth or 12th grade answered questions about their use and perceptions of tobacco products. The new findings come from follow-up questionnaires completed by 445 participants from this study. They were in 12th grade or a few years out of high school when the new data were collected.

Participants answered questions about whether they had ever heard of Juul; if and how often they used conventional cigarettes, Juul or other types of e-cigarettes; their use of flavored e-cigarette products; their perceptions of the social acceptability of the various products; and their perceptions of the products’ risks and benefits. Participants who used any form of e-cigarette also completed a standardized questionnaire to assess their degree of nicotine dependence.

The participants reported using Juul about twice as often as smoking conventional cigarettes when asked about use of tobacco products over the past seven or past 30 days.

Participants thought Juul e-cigarettes were less harmful or addictive than other products mentioned in the survey. However, among the participants who had tried Juul, 58.8 percent reported that they had used Juul within the last 30 days. Among participants who had tried other e-cigarettes or conventional cigarettes, 30.1 percent and 28.3 percent, respectively, reported use within the last 30 days. This was the most striking difference between Juul users and users of other e-cigarettes and conventional cigarettes, and it raises concerns about higher rates of addiction among Juul users, Halpern-Felsher said.

Answers to the validated questionnaire about loss of autonomy over nicotine use suggested similar levels of nicotine dependence between Juul users and those using other e-cigarettes, she noted, although the sensitivity of the questionnaire may have been limited by the relatively small number of participants.

The study’s results emphasize the need for clear public-health messages about the risks of new types of e-cigarettes, including Juul, the researchers said.

“The absence of clear messaging is interpreted as safety among adolescents,” McKelvey said. Nicotine-containing products are particularly risky for teens, she added. “The earlier you’re exposed to nicotine, the higher the likelihood that you’ll be addicted throughout your life.”

Halpern-Felsher and her team have developed a free tobacco prevention toolkit. It is available online for educators, parents and others working with young people at http://med.stanford.edu/tobaccopreventiontoolkit.html.