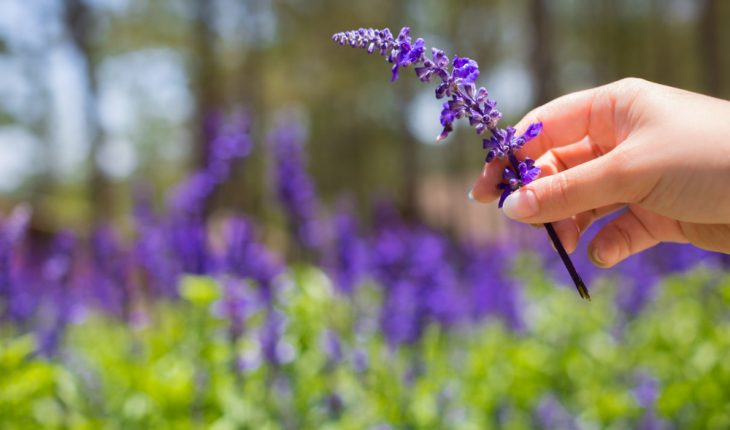 The Soothing Smell of Lavender Is More than Just Relaxing, Science Confirms

Lavender works its relaxing magic all around us: from garden borders to bath bombs to fabric softener. And now science is backing up what we’ve suspected all along: that lavender can be used to treat anxiety!

The famous relaxing effects of lavender rely on sense of smell – and the active compound in lavender, linalool, could be used medically to treat anxiety.

But why not in our hospitals and clinics? And what is the science behind the magic?

Modern medicine has overlooked these scented settlers, despite a need for safer alternatives to current anxiolytic (anxiety-relieving) drugs like benzodiazepines.

“However, the sites of action of linalool were usually not addressed in these studies,” Kashiwadani points out.

Many assumed that absorption into bloodstream via the airway led to direct effects on brain cell receptors such as GABAARs – also the target of benzodiazepines. But establishing the true mechanism of linalool’s relaxing effects is a key step in moving towards clinical use in humans.

A NOSE FOR SUCCESS

Kashiwadani and colleagues tested mice to see whether it is the smell of i – i.e. stimulation of olfactory (odor-sensitive) neurons in the nose – that triggers relaxation.

“We observed the behavior of mice exposed to linalool vapor, to determine its anxiolytic effects. As in previous studies, we found that linalool odor has an anxiolytic effect in normal mice. Notably, this did not impair their movement.” This contrasts with benzodiazepines, and linalool injections, whose effects on movement are similar to those of alcohol.

However, crucially there was no anxiolytic effect in anosmic mice – whose olfactory neurons have been destroyed – indicating that the relaxation in normal mice was triggered by olfactory signals evoked by linalool odor.

What’s more, the anxiolytic effect in normal mice disappeared when they were pretreated with flumazenil, which blocks benzodiazepine-responsive GABAA receptors.

“When combined, these results suggest that linalool does not act directly on GABAA receptors like benzodiazepines do – but must activate them via olfactory neurons in the nose in order to produce its relaxing effects,” explains Kashiwadani.

COMING SOON TO A THEATER NEAR YOU

“Our study also opens the possibility that relaxation seen in mice fed or injected with linalool could in fact be due to the smell of the compound emitted in their exhaled breath.”

Similar studies are therefore needed to establish the targets, safety and efficacy of linalool administered via different routes, before a move to human trials.

“These findings nonetheless bring us closer to clinical use of linalool to relieve anxiety – in surgery for example, where pretreatment with anxiolytics can alleviate preoperative stress and thus help to place patients under general anesthesia more smoothly. Vaporized linalool could also provide a safe alternative for patients who have difficulties with oral or suppository administration of anxiolytics, such as infants or confused elders.”

Frontiers is an award-winning Open Science platform and leading open-access scholarly publisher. Our mission is to make high-quality, peer-reviewed research articles rapidly and freely available to everybody in the world, thereby accelerating scientific and technological innovation, societal progress and economic growth. For more information, visit http://www.frontiersin.org and follow @Frontiersin on Twitter.