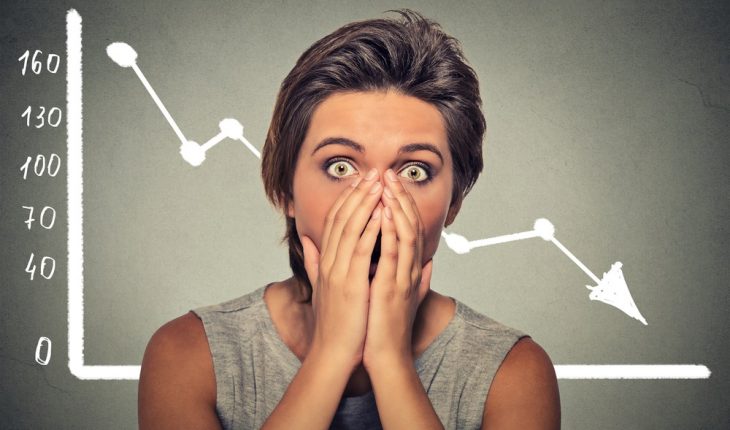 Whether The Stock Market Soars or Sinks, Stay Cool

Market timing doesn’t work. Have a long-term plan and determine if you’re over- or underinvested in U.S. stocks, foreign stocks and bonds.

The stock market this past year has given investors both ecstasy and agony. It continues to provide object lessons.

The first lesson: Don’t get overly excited when the market soars. If you become convinced that there’s no place to go but up and happy days will last forever, you’ll likely forget good risk management and load up excessively on stocks.

Second lesson: Don’t panic when the market falls sharply. If you do, you’re likely to sell your holdings near a market bottom.

Third lesson: Having a long-term strategy designed to achieve your financial goals, such as funding college education and securing a good retirement, can help you keep an even keel and avoid rash decisions.

Let’s look at the market’s recent swings and how they affected a nervous investor we’ll call “Joe Excitable.”

After reaching a high last September, the stock market fell throughout the autumn.  The S&P 500 (an index of America’s largest stocks) hit its low point on December 24.

“Yikes, I better sell!” Joe thought. So he unloaded all his stock mutual funds and felt good for a while.

Soon after he sold all his holdings, the S&P 500 began to rise. By late April, it has risen a whopping 25%.

“Jeez, I’m missing out!” Mr. Excitable fretted. “The market must be back to the good times.” So he invested every penny in the stock market.

In May, the market dropped more than 6%.  Now Joe is thinking about selling again.

Optimism about the U.S. economy remains high. Many companies continue to report better-than-expDespite the recent volatility, the stock market is still up substantially over the past serveral yearsected profits.

No one knows if the market’s next move will be up or down.  What is known is that stock markets move upward over the long term—but there are lots of ups and downs along the way.

Many investors seem too complacent about the future of the stock market.  Upward market and economic cycles never last forever. We are still due for a recession sooner or later. While most economic data remains strong for now, surprises to the downside might be more likely than surprises to the upside.

But a recession still may not arrive for a while. The Fed seems less likely to overshoot and increase rates too high, too fast, which was a major concern only a few months ago. In fact, the Fed is now even signaling a possible rate cut later this year. We may be in for a “soft landing” recession, in which the economy slowly cools down after years of growth.

Keep in mind that not all future market declines will be the result of a dramatic bust like the financial crisis of 2008-09. A more normal recession and market decline may result when the economy cools off naturally.

So don’t make overly aggressive moves now.  Don’t buy stocks excessively because you think the market will continue to rise.  Don’t sell stocks randomly because you’re afraid the market is going to crash. In other words, don’t be like Joe Excitable and buy high and sell low.

Stick to a long-term, goals-based strategy.  It helps you to avoid the emotional temptations market news can create.

You may need to buy or sell now if your strategy calls for it.  Rebalancing your portfolio to keep your asset allocation (the proportion in stocks and bonds) in line with your target allocation is wise. The whole point of having a target asset allocation is to be a prudent risk manager and avoid trading based on emotion.

U.S.  stocks have generally outperformed foreign stock markets for the past several years. As a result, many investors have little or nothing in foreign stocks. If you’re one of them, you’re missing out on the benefits of diversification. A judicious investment in international securities can hedge against the potential fall of the dollar and position you to profit from growth at large global companies. We live in a complex global economy, and there are many big important companies outside the U.S.

And be sure to diversify your international investments. I recommend using mutual funds and exchange-traded funds (ETFs) for emerging foreign markets in Asia, Eastern Europe and South America, and for established foreign stock markets in Western Europe, Japan, Canada and Australia.

Remember, market cycles in U.S. and foreign stocks (and bonds) never reach an end point. They always move through a pattern of peaks and troughs.

Don’t get caught up in either Pollyanna optimism or terrified pessimism. Ignore the “gurus” on TV who confidently predict the unpredictable. Sticking to the long-term view will help you cut through short-term noise and avoid missteps at both the bottoms and tops of market swings.