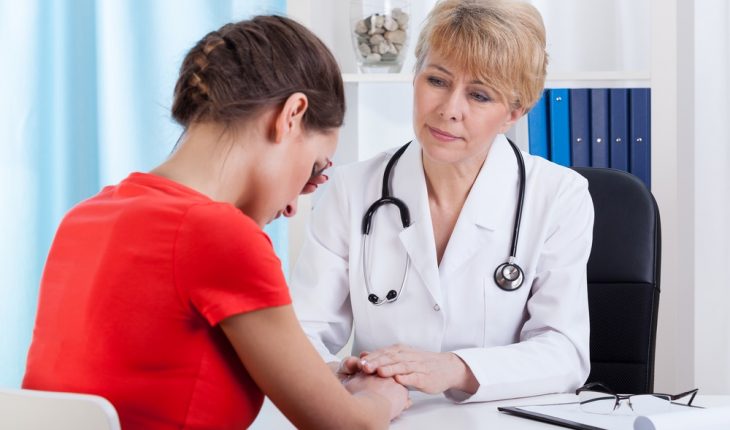 Researchers have developed the first-ever guidelines on diagnosing and treating perimenopausal depression, the time immediately before menopause when hormones are in decline.

According to a news release from the University of Illinois at Chicago, perimenopausal depression remains under-recognized and clinical recommendations on treating it have been lacking until now.

The researchers published the guidelines simultaneously in the journal Menopause and the Journal of Women’s Health. The authors are a multi-institutional panel of clinicians and scientists convened by The North American Menopause Society and the National Network on Depression Centers Women and Mood Disorders Task Group, and endorsed by the International Menopause Society.

“The reason these guidelines are needed is because depression during the perimenopausal phase can occur along with menopausal symptoms, and these two sets of symptoms are hard to tease apart, which makes it difficult for clinicians to appropriately treat these women,” said Dr. Pauline Maki, professor of psychology and psychiatry in the University of Illinois at Chicago College of Medicine and co-lead author of the new guidelines. “Many women experience a new onset of depressive symptoms. If there is underlying low-level depression to begin with, perimenopause can increase the intensity of depressive symptoms.”

“There has been a need for expert consensus as well as clear clinical guidance regarding how to evaluate and treat depression in women during the perimenopause,” said Dr. Susan Kornstein, professor of psychiatry and obstetrics and gynecology at Virginia Commonwealth University and co-lead author of the guidelines. “These new clinical recommendations address this gap and offer much-needed information and guidance to health care practitioners so that they can provide optimal care and treatment for midlife women.” Kornstein is also executive director of the Institute for Women’s Health at Virginia Commonwealth.

The task force, co-chaired by Maki and Kornstein, reviewed the scientific literature on depressive disorders and symptoms in perimenopausal women and focused on five areas: epidemiology, clinical presentation, therapeutic effects of antidepressants, effects of hormone therapy, and efficacy of other therapies such as psychotherapy, exercise and natural products.

Perimenopause refers to the three to four years just before menopause when periods become irregular and eventually stop, as well as the first year after the final menstrual period. Symptoms such as hot flashes and sleep disturbances often begin at this time and can overlap with symptoms of depression, the new guidelines say. “Eighty percent of women in menopause experience hot flashes, and when they occur at night, also known as the ‘night sweats,’ sleep can be interrupted. Persistent sleep disturbances caused by hot flashes contribute to the development or exacerbation of depressive symptoms,” said Maki.

During perimenopause, women often balance multiple responsibilities and face multiple stressors. They care for their children, experience children leaving the home, help aging parents, retain responsibility for the home, and face increasing job demands at a time when they may be approaching the peak of their career. All of this can be extremely stressful, Maki explained.

“Relationships can be taxed and the realities of aging can become quite apparent,” she said. “Life stressors, low social support and physical health problems are strongly related to depression during perimenopause. When you add in hormonal changes that can affect the brain’s ability to cope with these stressors, it’s no surprise that depression is a common occurrence in midlife women. The good news is that there are effective treatments.”

The root causes of perimenopausal depression can be hard to identify, said Maki. “Are women experiencing low energy because they are having night sweats and losing sleep? If so, treating with hormones may be the best bet,” she said. “Alternatively, is a woman with a past history of depression having another depressive episode? In that case, antidepressant therapy might be most effective. Is the issue primarily due to family and job burden? If so, cognitive behavioral therapy with or without an antidepressant might be best.”

Maki explains that while it is common for women with menopausal symptoms to experience depressive symptoms, most of the time those symptoms do not meet the criteria for a diagnosis of depression. But, she said, even low-level depressive symptoms can lower quality of life and strain relationships, and hormone therapy might help. “It is important for women and their health care providers to recognize that these symptoms are common during perimenopause and can be treated,” she said.

Some of the findings of the panel include:

Perimenopause is a window of vulnerability for the development of both depressive symptoms and a diagnosis of major depressive disorder.

The risk for depressive symptoms is elevated during perimenopause even in women with no prior history of depression.

Life stressors, including caring for children and parents; career and relationship shifts; aging and body changes; and family illness can adversely affect mood.

Estrogen therapy is ineffective as a treatment for depressive disorders in postmenopausal women.

Evidence is insufficient for the recommendation of botanical or alternative approaches for treating depression related to perimenopause.