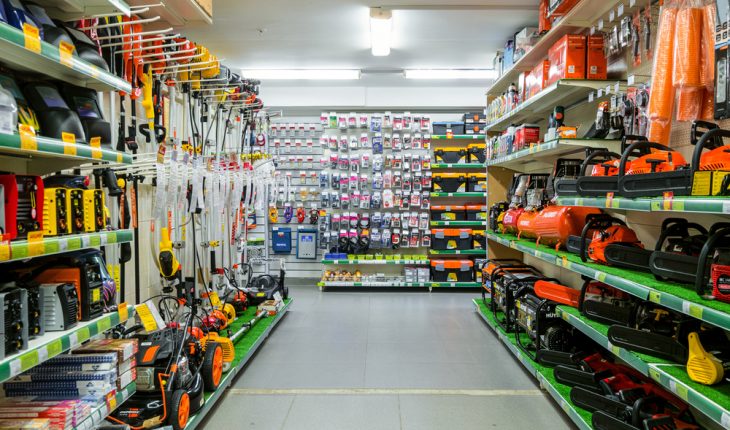 During Social distancing (which describes ouR goal in retirement these last seven years) we were so bored we consumed enough bread and chips to feed an elephant, mind you an elephant with a huge thirst after all that salt. In fact, we had become the elephant in the room. We had both gained at least 10 pounds. It was time to reverse the trajectory of being named a planet.

So we scraped up all our savings and bought a nearby, very loved/used doublewide trailer house. AKA Manufactured Home. Upgrading the semantics to a “Manufactured Home” I guess makes one feel as if they are in a “real house”, but we were thrilled to have our very own 1974 (use your best southern drawl here) “Mo-bile Mansion” to renovate. We have been demolishing, landscaping, and basically doing every single thing we vowed we would never do again when we did the last house renovation. We have stopped saying, “What were we thinking” and started moaning, “How much longer?” We are at the hardware store so often buying high ticket do-dads that these trips have started qualifying as date nights. Forget asking how much the market price of Surf-and-Turf is. We are squabbling about electrical plates and asking if we dare upgrade to the door handles we love. On the bright side, we are getting all our bathroom fixtures, showers, etc. from the Recycle Shop and lumber from the 70% off pile at the lumber yard. It’s sort of like building a tree fort with your dad’s leftover lumber from the deck he made. The only saving grace is it is not in a tree.

Fortunately for me, my husband knows how to renovate and build stuff. So our days go like this: My husband decides what project we are doing. He goes into his workshop and reappears two hours later with a thing built ready to install in the new place. I have meanwhile gone to the new house and continued the never-ending saga of pulling out carpet staples that have been impaled into the subflooring. I have become dangerous with a pair of needle-nose pliers. You have been forewarned.

And like any project, it requires multiple new gadgets, gizmos, and precise tools for the job. Did you know that a fivw-gallon paint can has two types of thing-a-ma-jigs to open the lid? One for the screw cap, one for the outer lid. Did you know that there are a ba-zillion kinds of screws and bolts and to complicate it the threads don’t all match, never mind the length. We have learned to bring an actual sample of each thing-a-ma-bob we need and we take photos of what Whadda-ya-call-it’s the thing-a-ma-bob is connected. This way we can limit the visits to the hardware store to say, 629 a day.

Feeling a bit out of my element, I decided to try to read as many packages on each aisle so that I could to familiarize myself with building materials. It turns out these items are also excellent to be dropped into any story you are writing to show you know your stuff. For instance, let’s say your antagonist is wiring a bomb with a video message. She’ll be using RJ 11/12 cables. Well it turns out she’ll need a “ratchet modular plug crimper”, which sounds like something you might find in a beauty shop. 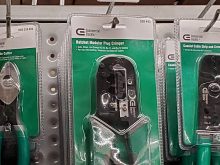 And if she is diabolical, she will leave nothing to chance, so to test her genius apparatus she will need a “VDV Scout ™ Pro Tester Kit”. Sounds more like something you bring to infiltrate a demonstration than to the workshop. But what do I know? Her tool kit will no doubt also have a “Mechanical Lug” (see side-kick derogatory names) and “Blue Butt Splice Terminals”. Don’t ask. And if you’re trying to neutralize one of the protagonist’s sidekicks, you’ll need an “Offset Terminal Lug”. And that is just the electric aisle.