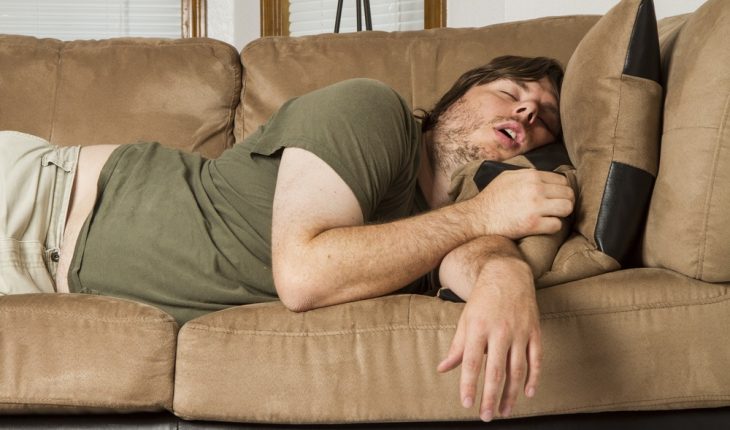 More than 25 percent (1.4 billion) of the world’s adult population were insufficiently active in 2016, putting them at greater risk of cardiovascular disease, type 2 diabetes, dementia, and some cancers, according to researchers from the World Health Organization (WHO).

The study, the first to estimate global physical activities trends over time, was published in The Lancet Global Health journal.

The findings demonstrate that there has not been much progress in improving physical activity levels between 2001 and 2016. If current trends continue, the researchers said, the 2025 global activity target of a 10 percent relative reduction in insufficient physical activity won’t be met.

“Unlike other major global health risks, levels of insufficient physical activity are not falling worldwide, on average, and over a quarter of all adults are not reaching the recommended levels of physical activity for good health,” warns the study’s lead author, Dr Regina Guthold of the WHO, Switzerland.

The new study is based on self-reported activity levels, including activity at work and at home, for transport, and during leisure time, in adults aged 18 years and older from 358 population-based surveys in 168 countries. The surveys included 1.9 million participants.

According to a news release from The Lancet, the main findings included the following:

Among the study’s main findings were:

In 55 (33%) of 168 countries, more than a third of the population was insufficiently physically active.

Countries with the lowest levels of insufficient physical activity in 2016 were Uganda and Mozambique (6% each).

Women were less active than men in all regions of the world, apart from east and southeast Asia. In 2016, there was a difference in levels of insufficient activity between women and men of 10 percentage points or more in three regions: South Asia (43% vs 24%), Central Asia, Middle East and north Africa (40% vs 26%), and high-income Western countries (42% vs 31%).

“Addressing these inequalities in physical activity levels between men and women will be critical to achieving global activity targets and will require interventions to promote and improve women’s access to opportunities that are safe, affordable and culturally acceptable,” said co-author Dr Fiona Bull from WHO, Geneva.

From 2001-2016, substantial changes in insufficient physical activity levels were recorded in multiple regions. Key findings include:

The regions with the highest increase in insufficient activity over time were high-income Western countries (from 31% in 2001 to 37% in 2016), and Latin America and the Caribbean (33% to 39%). Countries from these regions driving this trend include Germany, New Zealand, the USA, Argentina, and Brazil.

The region with the largest decrease in insufficient activity was east and southeast Asia (from 26% in 2001 to 17% in 2016), which was largely influenced by uptake of physical activity in China, the most populated country in the region.

In wealthier nations, the transition towards more sedentary occupations, recreation and motorized transport could explain the higher levels of inactivity, while in lower-income countries, more activity is undertaken at work and for transport, according to the authors. While declines in occupational and domestic physical activity are inevitable as countries prosper, and use of technology increases, governments must provide and maintain infrastructure that promotes increased walking and cycling for transport and active sports and recreation.

“Regions with increasing levels of insufficient physical activity are a major concern for public health and the prevention and control of noncommunicable diseases (NCDs),” Guthold said.

“Although a recent NCD policy survey showed that almost three quarters of countries report having a policy or action plan to tackle physical inactivity, few have been implemented to have national impact. Countries will need to improve policy implementation to increase physical activity opportunities and encourage more people to be physically active. Governments have recognized the need for action by endorsing the WHO Global Action Plan on Physical Activity (2018-2030),” Bull said.

The action plan, titled More Active People for a Healthier World, launched in June 2018, recommends a set of 20 policy areas, which, combined, aim to create more active societies through improving the spaces and places for physical activity as well as increasing programs and opportunities for people of all ages and abilities to do more walking, cycling, sport, active recreation, dance and play. The plan is a road map for the actions needed by all countries to reduce insufficient physical activity in adults and adolescents.

The study’s release comes ahead of the Third United Nations General Assembly High-level Meeting on NCDs and their risk factors, including physical inactivity, being held on 27 September 2018 in New York.

Writing in a linked comment, Dr Melody Ding of the University of Sydney, in Australia, discusses the policy implications of the study, and says: “The gender gap in physical activity, particularly in central Asia, Middle East and North Africa and South Asia, reveals a health equity issue where women face more environmental, social and cultural barriers to participate in physical activity, particularly in their leisure time…Although high-income countries have a higher prevalence of insufficient physical activity, it is important to note that low- and middle-income countries still bear the larger share of the global disease burden of physical inactivity. Furthermore, economic development and urbanization lead to lifestyle and epidemiological transitions, characterised by increasing prevalence of physical inactivity and subsequent burdens from chronic diseases, as observed in China and Brazil. While declines in occupational and domestic physical activity are inevitable, it is essential to incentivize transport and leisure-time physical activity in emerging economies through improving public and active transportation infrastructure, promoting social norms for physical activity through mass sports and school-level participation, and implementing sustainable programs at scale that could yield economic, environmental, and social co-benefits while promoting physical activity.”