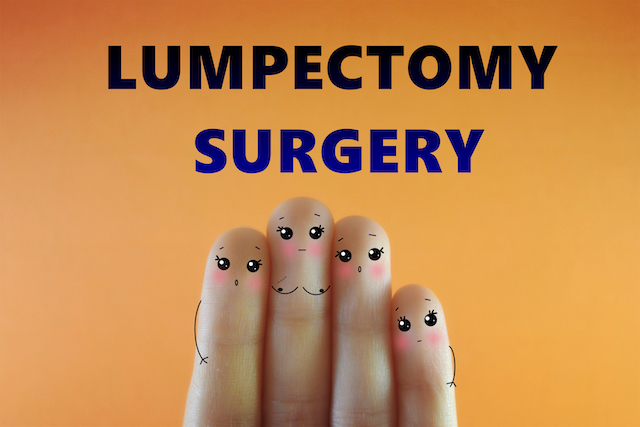 Lumpectomy vs. Mastectomy: How to Decide

While coping with the emotional turmoil that follows a breast cancer diagnosis, a woman must absorb a seemingly vast amount of information that will help her make important decisions about the treatment options available to her. Many women with early-stage cancer learn that while surgery will be needed, the decision of whether to attempt to remove just the tumor or the whole affected breast will be up to her.

Women are often puzzled that there isn’t a clear medical imperative that dictates which surgery she should have. Her doctor will explain that given the characteristics of her particular tumor, the risk of her cancer recurring is low and her odds of survival are the same whether she undergoes mastectomy, which removes the entire breast, or lumpectomy, which attempts to remove only the tumor and conserve the breast. She can weigh the factors that go into this decision with confidence that either choice will enhance her chances of a full recovery.

In the 18th century, breast cancer came to be understood as a localized disease whose spread could be contained by isolating and removing the affected cells, thus giving rise to what we know today as mastectomy. The radical mastectomy was first performed in the late 1800s, removing not just the breast tissue and adjacent lymph nodes but the underlying chest muscles as well in an aggressive attempt to control the spread of the disease. It was not until the mid-20th century that radical surgery gave way to equally effective but less aggressive, less disfiguring treatments and not until the 1980s that research showed that lumpectomy followed by a course of radiation treatment provided statistically equivalent survival rates as mastectomy.

As we came to understand that survival rates are similar for mastectomy and lumpectomy, many women chose the less invasive, breast-conserving lumpectomy, but in the last two decades or so, influenced by public discussion of celebrities’ mastectomies and by advances in breast reconstruction that have made it possible to create a new breast barely distinguishable from a woman’s own, more women have turned again to mastectomy as the treatment that will work best for them.

Lumpectomy, also known as “breast-conserving surgery,” attempts to remove all the breast tissue affected by cancer as well as a small surrounding margin of normal tissue. A lumpectomy is almost always followed by a five-to-seven-week course of daily radiation therapy to reduce the risk of local recurrence in the breast.

The primary advantage of lumpectomy is that it can preserve the breast and often with minimal change in sensation. It is a less invasive surgery, often performed on an out-patient basis or with a one-night hospital stay, so recovery is faster and easier. In addition, for women with larger breasts, the appearance of the breast may also be largely preserved.

Disadvantages of lumpectomy may include the all-but-certain need for post-operative radiation therapy that has some side effects and requires daily trips to the treatment facility. Radiation may limit later options to achieve symmetry with the untreated breast as it permanently changes and distorts the tissue. Also, women with smaller breasts may be left with a very deformed appearance to their remaining breast.

Further surgery may be necessary following a lumpectomy: If the pathology report shows cancer cells at the edge of the excised tissue, the lack of “clear margins” means additional tissue will have to be removed to try to ensure no remaining cancer cells. The additional excision may cause further disfigurement or, in some cases, mastectomy might be needed.

It is important to note that while the survival rates are considered statistically equivalent for lumpectomy and mastectomy, there is a slightly higher risk with lumpectomy of local recurrence of cancer in the treated breast. These recurrences can often be successfully treated, usually with mastectomy.

For some women, even the low risk of recurrence in the breast following lumpectomy is enough for them to want to “just be rid of it,” to remove as much breast tissue as possible. For these women, mastectomy with or without reconstruction is their best option for peace of mind.

There are many factors that influence the selection of treatment options for early-stage breast cancer. Your doctor will have carefully studied the size, location, and characteristics of your tumor as well as your general medical and genetic history before reaching the conclusion that you can safely make the decision of lumpectomy or mastectomy based on personal considerations. If it is up to you, you will weigh questions like: How important is it to you to keep your breast? How anxious will you be about recurrence and annual screenings if you do keep your breast? How important are factors like surgical recuperation and daily radiation therapy? Your doctor, family, and friends may provide counsel and support but by weighing what is most important to you, you will come to the best decision for your health and for a cancer-free future.